The Verdict On “The Darkest Minds:” Is It Worth Your Time And Money?? 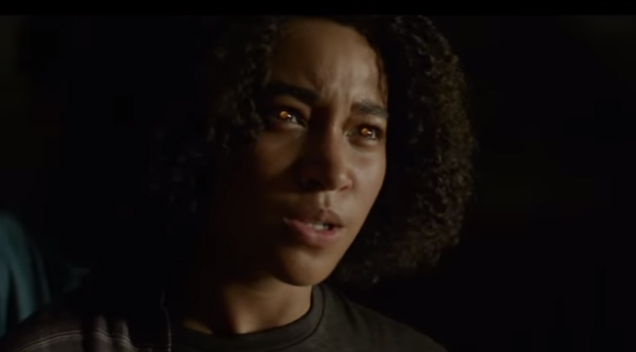 For some unexplained reason, when I saw the first trailer for “The Darkest Minds”; the first thought that came to my mind was: this was based off a young adult science fiction/dystopian book series, wasn’t it? Turns out…I was right. There’s just something about the way Hollywood makes these YA novel movies make them look all the same, that they all have the same look, vibe and style regardless of what book it is or who is directing it. Whatever it may be, “The Darkest Minds” sure looked a lot like “Hunger Games,” “Maze Runner” and “Divergent” but where does it stack up as far as quality adaptations go? We looking more at “Hunger Games” level film or another “Divergent” quality franchise? Let’s find out.

In the near future, an unknown virus kills 90% of the population of children while the remaining 10% all develop dangerous superpowers. As a result, the government rounds up the children into internment camps and declare them a global threat. One of the more powerful kids, Ruby (Amandla Stenberg) escapes and finds a group of rebel kids who are also on the run due to their dangerous powers. Now they must work together, seek out allies wherever they can and avoid the mounting government armies hunting them down and prevent them from returning to the normal lives they all wish to return to.

Some of have said this story bears a striking resemblance to “X-men” comics: renegade teenagers on the run from a prejudicial government as they struggle to deal with their growing superpowers. That’s partially what first drew me into seeing this film, which is exactly why the fantastical power sequences were displayed prominently in all the trailers and commercials. “The Darkest Minds” is full of tense angst drama and super-powered razzle-dazzle, but unfortunately it doesn’t seem to know how to pace these elements or anyone else for that matter because the movie rushes into things way too fast and just casually skips over large sections of time and development this story (and the audience) would greatly benefit from.

There’s a lot of information thrown at you from the very beginning. The first scene of a child dying horrifically in a public school is a jarring sight anyone would be rattled by. But we don’t get time to soak in that drama because we’re too busy telling you the handy colour-coded superpower system we came up with and quickly skimming over the fact that most of the world seems to just willingly give up their children to the government and move on from their lives like nothing’s happened. One thing the movie thankfully does take its time with is the development of our ragtag group of renegade mutants. Ruby and her friends develop enough touching moments and bonding experiences you got a heartfelt feel for their plight and the hardships they must endure.

Stenberg is decent as our young leaders. She’s everyone’s heartbroken token hero, cast out from a loving life and forced to carry a terrible power that makes it impossible for her to trust anyone or even herself with seemingly limitless psychic powers. Her co-stars do a decent job, not enough to stand out as anyone’s favourite but enough to be remembered after the credits are done rolling. The bigger names attached to this film get slim to no screen time and feel more like cameos than genuine roles. Bradley Whitford, Gwendoline Christie and Mandy Moore are there literally one minute and gone the next; drudging up far less talented or interesting characters to fill out the backgrounds among CGI spectacles such as launching trees at cars and electrifying ceilings.

Overall, “The Darkest Minds” doesn’t have much going for it and what it does have is not enough to keep me coming back for multiple sequels. The only thing this movie did for me is make me wonder how the book is because even without reading it I can tell this film really sucked at bringing it to life. The cast is decent but doesn’t know how to use its actors, the action is entertaining but the pacing and structure is a nonsensical blur. You’ll get better satisfaction watching the well-crafted trailer for this movie than watching the ACTUAL movie unless you’re really that hard up for some teenage angsty super power stuff.