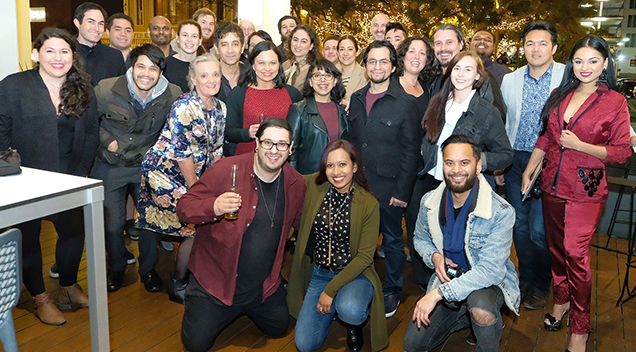 After meeting on the stairwell of Made in the West Film Festival back in 2016, two award-winning filmmakers, Rachael Belle Myers and Matt Vella befriended each other over a mutual love of cinema – they decided hangout and give each other advice on how to survive in the Australian festival circuit. When they decided to open the invitation to other people, they didn’t know it was going to be a huge success! Now, with over 500 members in their Facebook group, the pair decides to open this event to more aspiring filmmakers who are trying to make it in the industry. This is their story.

StarCentral: Can you start by introducing yourselves and how you got started out in the film industry?

Rachael B Meyers: I always wanted to be a storyteller since I was a little girl. So, what better way to do that through writing and directing your own content?

Matt Vella: I’ve been a storyteller since I was a little kid. I was making my own comic books, and I was creating new characters. I recently discovered that I made my first film when I was nine, I just saw it the other day, and I completely forgot about it.

StarCentral: How did the Western Sydney Filmmakers hangout first started?

Rachael B Meyers: Matt and I actually met on the stairs of “Made in the West Film Festival” in 2016. We both just won – I won Best Film, and he won Best Student Film. I was a fangirl of Matt’s film, and I think he liked mine as well. We connected again for a period of months, and we finally decided to meet up – we felt that we need to extend that invitation to other people. Little did we know that we got 40 people who wanted to continue to connect around the Western Sydney community. They showed up and was demanding when are we are going to stay in touch, that was literally how the group began.

Matt Vella: It definitely wasn’t planned. We just developed this friendship from giving each other advice through the festival circuit because it’s really alienating and it was hard to find people to talk about these type of things. I’m the biggest fan of Made in the West Film festival and have been there since 2013. The best part is drinking alcohol and networking between the films. 2016 was very special because I met a lot of people especially, Rachel, we developed this friendship, and we just wanted to see everybody again.” Now look at us, over 500 members in our group over a year, and it is our fifth event. We never realised how much of a demand it is and the stories I hear from people, that this event helped changed their careers. 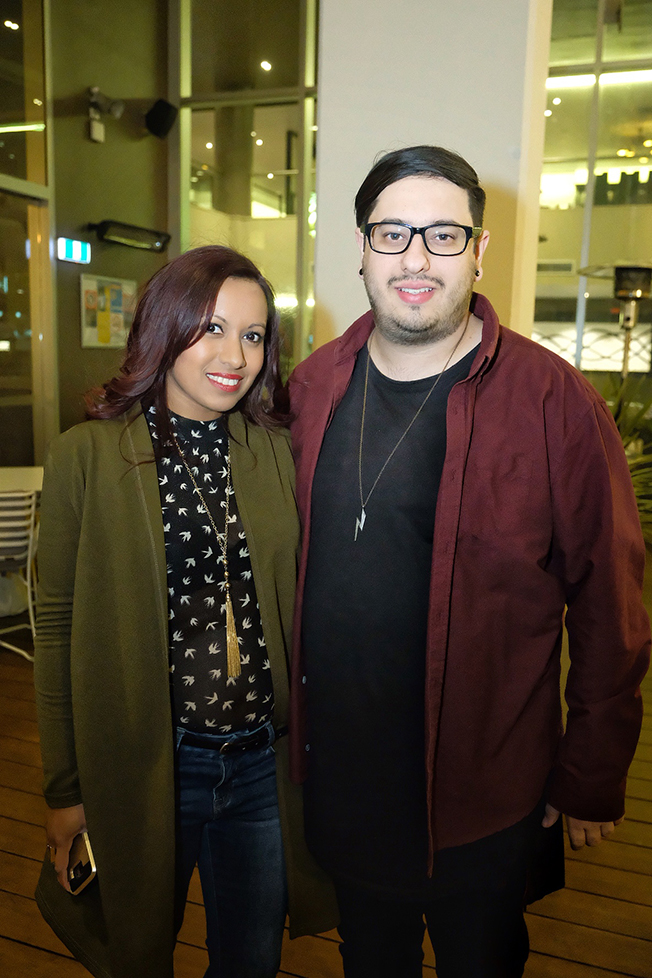 StarCentral: So, what type of films do you draw your inspirations from?

Rachael B Meyers: I’m very heavily inspired by real-life–what people might call it a social media hang up. So, a lot of my films are social media-inspired; I like to look at the world through that lens and deliver stories that get us to reflect upon who we are and be honest about the life that we lead through social media.

Matt Vella: Funnily enough, I’m the polar opposite of Rachel. I’m the biggest kid you ever meet. I see the movies, I see these crazy blockbusters– I want to do that, but with minimal money and resources as possible. I’m very inspired by big dumb blockbusters with explosions and also Marvel, Star Wars—whatever it is. I like dumb comedies and comedians like Seth Rogen and Will Ferrell. I love the trendy stuff, and I love being at the edge of pop culture. I really want to connect with the mainstream audiences. I want to create films that are entertaining and fun.

StarCentral: So, did you do any formal training in filmmaking or are you self -taught?

Rachael B Meyers: I’m mostly self -taught but I studied directing at NIDA and producing at Metro screen. In this industry, you really don’t learn if you are on set and you’re doing it yourself. At the end of the day, there is no other better training than actual hands-on experience.

Matt Vella: Most filmmakers will call me an idiot. I studied too much film and went to too many schools. I did a communications degree in Media Arts, metro screen (Rest in peace, Thank you Metro Screen), then I did a Masters in Media Arts at UTS. That’s why my student film was so good because it wasn’t my first film, but it was my first one with a proper crew and stuff. Just like Rachel said, the most important things you learn are on set, not because of formal training. I can potentially just be good without that. I got into it because my parents told me that it wasn’t a career, which I thought I had to study so much, which isn’t the case. Although it took a long time, it led to where I am now.

StarCentral: What are your next projects?

Rachael B Meyers: I am currently working on three projects; a film noir-inspired, heavily Sin City- inspired thriller. Another one is more up my alley – a short film about cyberbullying from the troll’s perspective. I’m also working on a short animated film – a child safety online film called “Sharenting”— it is about parents oversharing their information about their children on social media.

Matt Vella: I got a few things on the slate as well. There is a web series in development, which I’m really excited about. I have some cool people attached to it at the moment. The project that I’m most excited about which is a film, that I literally wrapped up the other week, is called “She’s not your Type”, which is a stupid bonkers comedy. I can’t believe the things that we said, and we did on the film – we were willing to film this on camera, and we embarrassed ourselves in front of everybody~ It’s a very American style comedy, and I can’t wait to get it out in the near future. Hopefully, it will out by the end of the year. 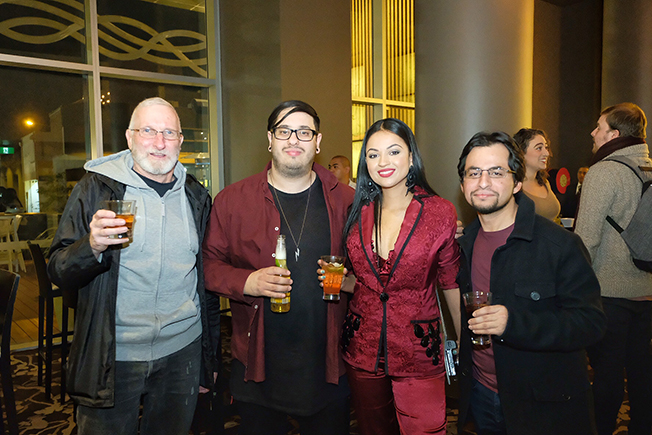 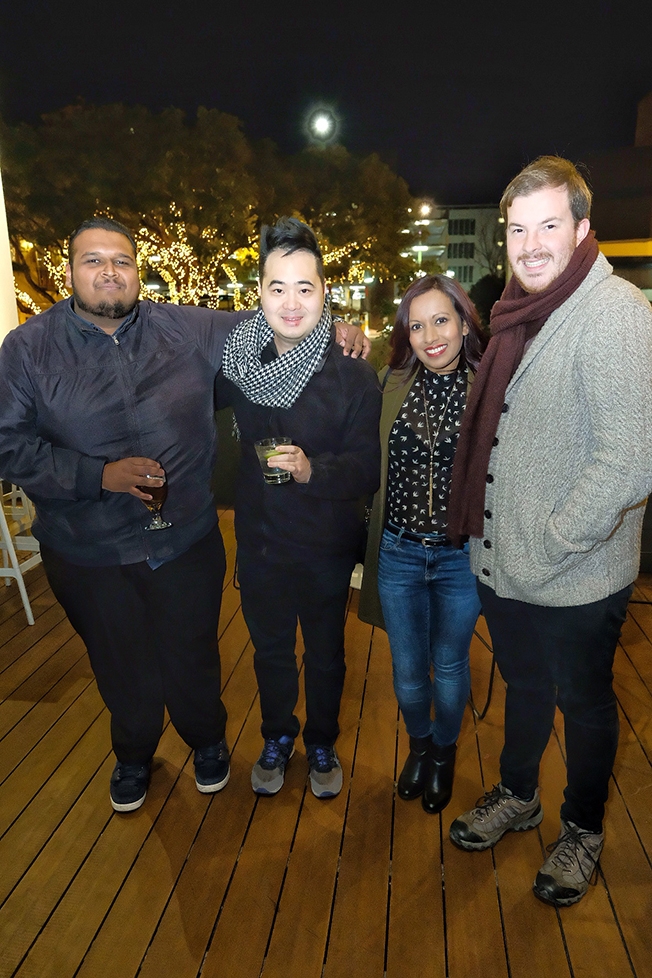 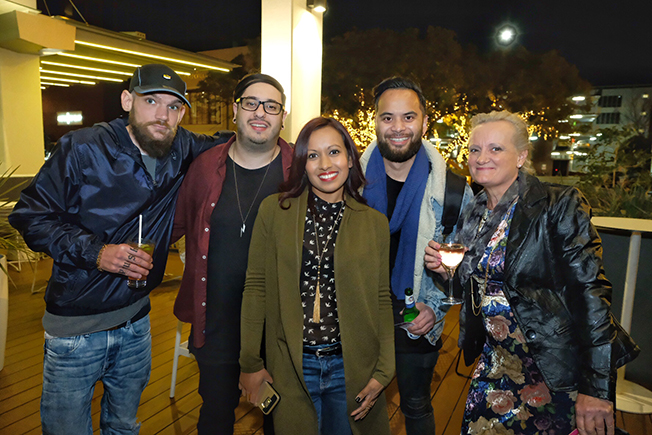 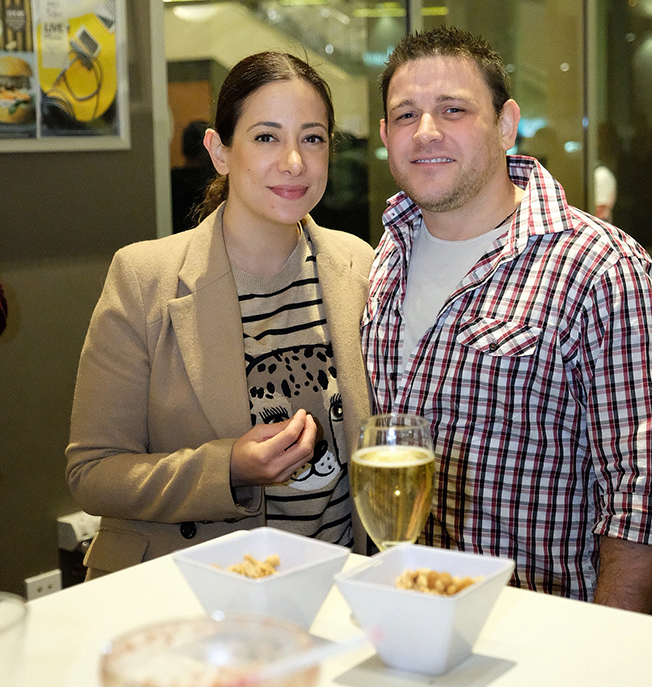