The Verdict On “The Happytime Murders:” Is It Worth Your Time And Money?? 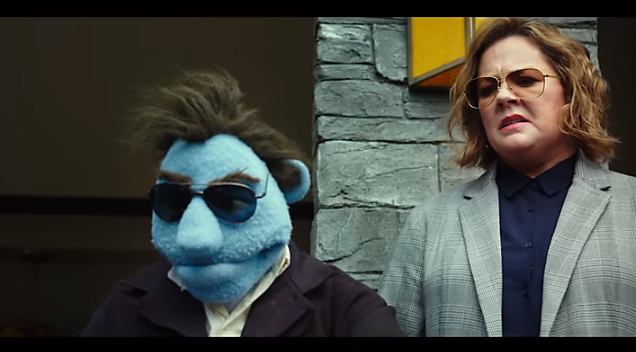 Brian Henson is synonymous with “The Muppets,” not surprising since his father was the one and only Jim Henson who started the most iconic puppets put to TV and film so many, many years ago. Despite the family-friendly image, Brian Henson has always longed to take puppets in a darker, more mature and crude direction that resulted in an unusual film being developed for many years with countless problems and actors leaving the project left and right. One could say this was a bad gamble for Henson to take but it’s also an idea that few have actually tried and the controversy surrounding the film (including an attempted lawsuit by Sesame Street) prompted more morbid curiosity that I just had to see what I was getting myself into with “The Happytime Murders.”

Set in a world where humans and puppets live side by side (ala Roger Rabbit), a disgraced former puppet cop named Phil Phillips (Bill Barretta) works as a private eye and is investigating a series of puppet murders; all involving former cast members of an old 90’s TV show. He’s forced to team up with his ex-partner, Detective Connie Edwards (Melissa McCarthy) in order to solve this case. Despite their bad blood and the fact puppets are seen as second class citizens, they’ll have to find a way to work together and solve this mystery of sex, greed, murder and of course…puppets.

People coming into this film expecting a family-friendly picture are deluding themselves, and everything about this film makes that very clear. This is a blatant, obvious excuse to see puppets having sex, masturbating, talking/doing lewd acts and cursing up a foul storm. Despite being a murder mystery, there are no illusions about what this film is all about; it’s precisely what you think you’d get from a movie like this, and in that regard, it delivers 100%. The story itself is flimsy at best, and the surprises and twists that pop up don’t really have the effect most people assume they would. But like I said, this movie is all about crass and crude puppets so it’s very important it nails the raunchy humour right and it delivers without fail.

I can’t deny this movie made me laugh, I just can’t. There are sexual acts and imagery that is so disgustingly bizarre it would make anyone with a weak constitution to walk out in the first 10 minutes. That being said, somehow the fact that its puppets make it not only okay but also…strangely hilarious. While not as ridiculously overplayed out like the sexual content in “Team America: World Police,” “Happytime Murders” makes everything seem acceptable through its use of puppets. The expressions and physical gestures make everything funnier by the concept. Its gutter trash humour for sure but at least its FUNNY gutter trash humour and they know how to use it. The “silly string” scene is still my favourite by far.

Funnily enough, the most interesting and enjoyable character is, in fact, our lead puppet, Phil. He embodies the cliché of the gruff, downtrodden PI from Noir films of old but he has a likability to him that’s unavoidable. Phil’s relationship with the adorably silly Maya Rudolph as his secretary “Bubbles,” is especially amusing and one of the highlights of the film. McCarthy is well…McCarthy, she’s the same character she’s been in every other movie and while she lands the occasional joke every once in a while but it’s the same old role in a different story. There’s also a disappointing lack of screen time for Joel McHale and Elizabeth Banks, who are both listed high in the credits but they feel more like cameos than actual prominently featured roles, which is a shame because both are natural comedic treasures.

Overall, “The Happytime Murders” is definitely a unique experience to take on for those seeking a slightly different approach to typical family fare associated with puppets and the Henson name. It’s upfront and honest about its filthiness, and I applaud the hilarity it delivered without holding anything back; it scratched an itch I didn’t know I needed to scratch. The simplicity of the script, lack of proper use of supporting cast and McCarthy’s overused McCarthy-isms keep this film from being funnier and more memorable than it could be but it’s still a gamble I’m glad Brian Henson took.