The Verdict On The Predator: Is It Worth Your Time And Money?? 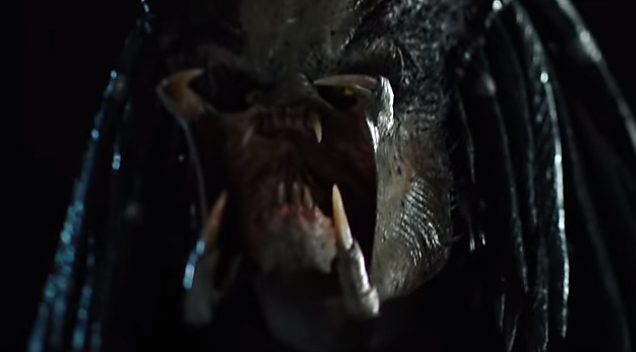 It’s been some time since the alien hunter known as the “Predator” has been in a film all his own. The last time was in 2010 with “Predators,” ever since then Predator has been duking it out in disappointing “Alien vs. Predator” films with the former getting a cryptic reboot in the form of “Prometheus” and “Alien: Covenant.” Even before all those films, the original Predator only received one sequel back in the late 90’s. Now Fox wants to bring back the classic character for a different take; helmed by a director who once served as an actor in the original “Predator” film alongside Arnold Schwarzenegger. Shane Black (Kiss, Kiss Bang, Bang, and The Nice Guys) takes a chance at directing his own Predator film and bringing a new spin for today’s audiences.

After losing his entire squad to an encounter with the alien Predator, expert sniper Quinn McKenna (Boyd Holbrook) is deemed unstable and locked onto a bus with other mentally disturbed and disgruntled blacklisted soldiers and mercenaries. When his son accidentally triggers a new breed of Predator by using their tech, a new threat appears; one upgraded through the DNA of other alien races. Now a government organization wants the Predator, and their tech and Quinn’s son is the key to everything. Quinn must use his unlikely new allies to try and prevent becoming the latest trophies for the super enhanced Predators AND prevent the government from capturing his son and forcing him to show them the secrets of Predator tech.

One of the advantages of having someone who was a part of the original film serves as a director is that he is all too familiar with the material and has a better understanding of how to do the franchise justice. Shane Black weaves Easter eggs, familiar quotes and even the first film’s iconic score throughout “The Predator” and brings a warm rush of nostalgia to fans of the franchise. Unfortunately, Black shows his age and how grossly out of touch he is with today’s modern audiences as more often than not; “The Predator” feels like a glorified Easter egg parade than an actual movie. The film just doesn’t have a clue what it wants to be or what kind of tone or mood it’s aiming for, it’s all over the place and it never just sticks with just one theme.

There are moments of terror and tension, but then we cut to weird, unfunny scenes of a kid accidentally blowing up a guy with a Predator space blaster. The Predator series has always been labeled with R ratings and this film is no exception, but too much of the shock value gore and violence gets disjointed by the black comedy that feels completely out of place and nowhere near effective as it was in “Kiss, Kiss, Bang, Bang.” Having Quinn’s son knows how to operate alien tech because he’s on the spectrum is not only lazy writing, but it feels insulting and disrespectful as well. There are multiple plots that go nowhere or come off as too silly for even this sci-fi series to make plausible. Even the idea of Predators upgrading themselves with DNA has little to no bearing on the story and wastes dozens of potential new territories to explore.

The inclusion of the Predator hunting dogs from “Predators” would have been great…if they were the same dogs and NOT dumbed down, Scooby-doo like creatures that come off sillier than threatening. It’s a real shame so many ideas go South or straight up suck because there are some talented names in here. Thomas Jane, Keegan Michael-Key and the rest of Quinn’s nutty crew are the best parts of the film. Once they are assembled, they steal the show and all the best lines and give the best performances. Too bad they don’t hook up until halfway into the movie and were left having to follow a lifeless Olivia Munn breeze through her lines, and a Jake Busey’s interesting tie into his real-life father’s character in “Predator 2” are utterly wasted.

Overall, “The Predator” is a movie that came too late, too drunk and too confused to the party it didn’t realize was already over. This movie just came out and it feels like it’s already dated and Shane Black, who is usually a remarkable talent behind the camera, clearly didn’t know the franchise as well as he thought. The tone is all over the place, the jokes barely hit their mark, the best characters come too little too late to save the film and way too many plots gets thrown together without rhyme, reason and most importantly; resolution. Call this a wasted opportunity because “The Predator” certainly can’t be called a worthy successor to its predecessor.