The Verdict On The Nun: Is It Worth Your Time And Money?? 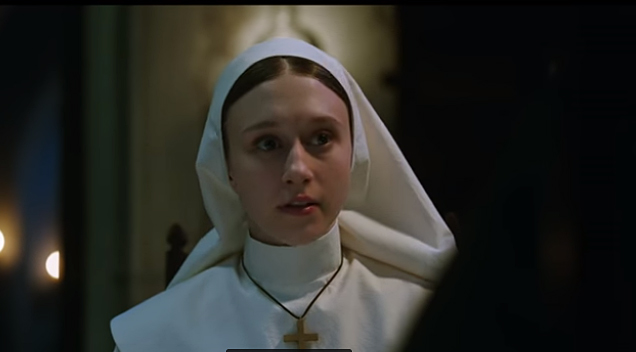 “The Conjuring” has made a name for itself as being some of the best written and most intensely terrifying horror movies to come out in the last decade. It’s also inadvertently created its own “shared universe” by launching spinoff films based on ghost and demonic characters featured in first and second “Conjuring” films before the Warrens investigate the primary plot based poltergeist. After two films around the cursed doll “Annabel,” a new invention of horror emerges from “The Conjuring 2”, the character of The Nun (who in my opinion was way scarier than the primary spook from that film). This ghostly Nun put such a fright into people, some of its advertisements were pulled from Youtube because they were deemed too scary for viewers.

Set long before even the oldest “Conjuring” film entry (Annabel: Creation), a strange case emerges from an abbey in Romania when a nun completes suicide. Father Burke (Demián Bichir) and Nun-in-training Sister Irene (Taissa Farmiga) are sent by the church to investigate and enlist the aid of a local vegetable farmer known as Frenchie (Jonas Bloquet) to show them the way to the abbey. Once they arrive, they soon discover things are not what they appear to be and a dark, sinister force is stalking the group and revisiting horrifying images from their past. Now they must stop this unholy demon from taking their lives and confront a malevolent force in the form of the same demonic nun that first terrorized audiences in “The Conjuring 2.”

As much as I greatly enjoyed the Nun in “Conjuring 2”, I think perhaps her use as a fear icon worked better in smaller doses and stretching her saga out into a two-hour movie may have dulled the blade a bit. I didn’t need an extensive backstory to find the Nun effective. That horrifying looking painting did the job well enough and that was with little to no information; it scared the crap out of me and still does to this day. The problem with “The Nun” is everything feels like it’s primed for a jump scare at every wake and turn. This makes it hard to focus when you’re just clenching your seat until the next Nun pop up appears and makes the whole audience jump and shout, especially if the story surrounding the Nun’s backstory isn’t that compelling.

Everything here feels like it was ripped off of “The Exorcist,” everything. You got a priest with a tragic backstory and experience in the occult, a young religious novice who is struggling with their own faith and creepy pale face demons that can be vanquished by repeating bible verses ten times over. That’s not to say “The Nun” fails to instill the expected dose of high octane fear; it doesn’t. The gothic imagery, twisted visuals, and haunting music all provide numerous chilling scenes; especially one sequence where Burke questions the head nun who seems just a little…off. The problem is there’s not much going around that makes us especially concerned if these so-called characters come out of this picture alive.

This film has more life in its walls and atmosphere than its cast. More emphasis is placed on making things seems as dark, dreary and unnatural as possible; like you’re walking into a world of eternal shadows and graves. Demián Bichir isn’t bad per say, it’s just he feels like he’s cobbling together the essence of characters like Damian Carris from “The Exorcist” and Tom Wilkinson’s character from “The Exorcism of Emily Rose” than actually trying. I appreciate the interconnection with Vera Farmiga’s younger sister playing in this universe, but she clearly lacks the talent and delivery of her sister in “The Conjuring” movies. No one else is really in the movie or worth noting/mentioning, which unfortunately can be said about a lot of this movie’s quality.

“The Conjuring” films remain the only watch worthy movies in their improvised shared horror universe. “The Nun” is here for scares and nothing more and certainly nothing deeper. I’ll remember that terrifying painting scene from “Conjuring 2” long before I’ll remember “The Nun” or anything or anyone from it. It served its job as a vehicle for striking fear in audience members but that’s about it. Here’s hoping the proposed “Crooked man” spinoff or a supposed “Conjuring 3” fares better because right now, “The Nun” is all bark and no bite.