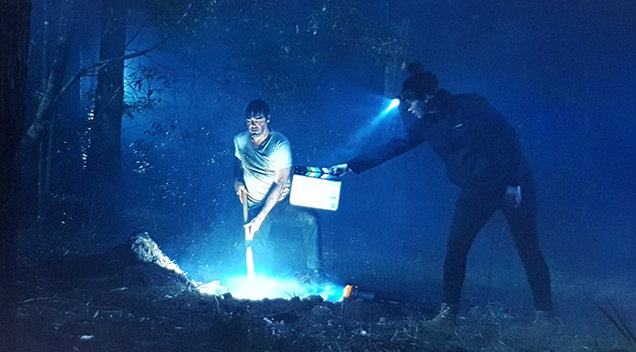 It’s 2 pm, and Rachael Belle Myers and her film crew were digging furiously in the depths of Hunts Creek Reserve in Carlingford, in preparation of her upcoming film noir-inspired short, ‘Three Feet’ Deep. The reason for the digging is to prepare for the mis-en-scene that will take place during the night. Rachael who is known for her social media consequentialism films such as ‘Curated Illusions’, ‘First World Problems’ and her upcoming animated short, ‘Sharenting’, is trying something new this time.

Three Feet Deep is a film noir-inspired short film that centres around a gravedigger for hire who is faced with a dilemma that challenges his moral compass, eventually breaking his code of conduct and spies one of his clients. 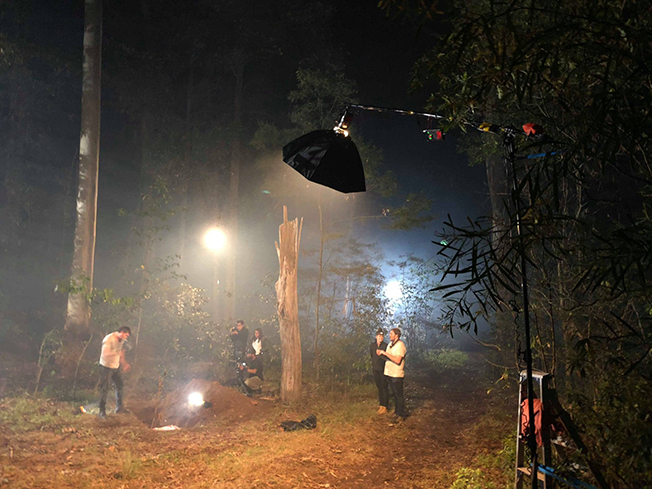 When asked about the purpose of “Three Feet Deep”, Myers remarked thoughtfully about how this film centres on one’s personal choice that triggers a ripple effect in the grand scheme of things.

“As one that loves to create films that inspire change in the world, I wanted my next project to focus on one character and how much their personal choices could make a difference to the rest of the world. And from that desire, Three Feet Deep was born.”

“Despite the fact that I’m tackling my recurring theme of self-reflection and continuing to hold up a mirror to the audience through my films, Three Feet Deep takes the viewer on a darker and more thrilling journey into the Jaded Belle world and offers it a glimpse into what a JBP feature film will look like someday.” 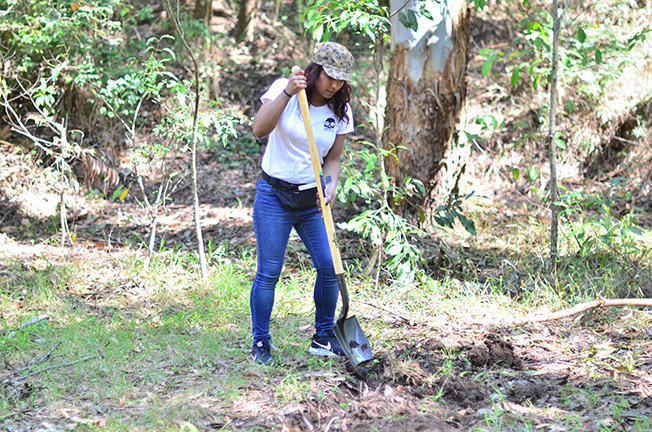 For the last two years in a row, Rachael Belle Myers has won Best in the West (best film) at Made in the West Film Festival. For her 2017 win, her prize was three days of Nighthawk Productions (Rah Sharma DOP) services as well as Digital Logic equipment hire. Three Feet Deep was designed to utilize that prize and to showcase Western Sydney talent.

The reserve was tucked on the edge of Carlingford—almost like a tranquil sanctuary. There was a trickling waterfall in the distance, which was fitting for the climatic forest scene.

When asked Rachael how she scouted for the perfect location since there are a plethora around Sydney:

“There are plenty of forests around Sydney to choose from, but what I truly desired was one that had character. I visited a number of locations over a period of weeks trying to find one that felt right. (Pro-tip: Do not go location scouting for forests on your own without a torch.)”

“Eventually, Hunts Creek Reserve was recommended to me, and upon inspection, I absolutely fell in love with the set. It was meant to be and now looking at it in post-production, it was truly the perfect choice.” 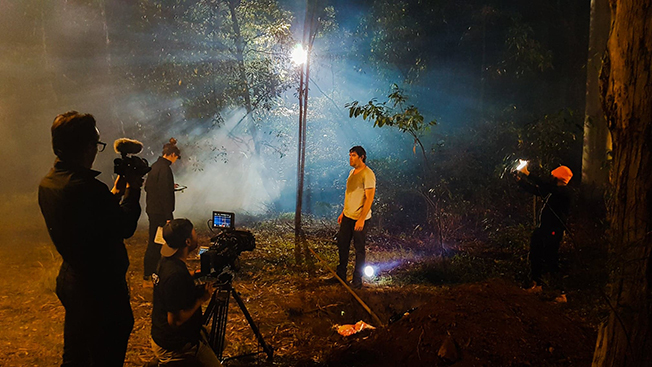 Three Feet Deep’s eerie look and feel guarantee amazing visual effects. When we asked Rachael about the visual effects and how she achieved through the professional lighting, she has tactics up her sleeves:

“Professional lighting gear (Thanks to Digital Logic) and a Director of Photography (Rah Sharma, my star DOP) that knows how to use it! We discussed at length exactly what type of look and feel was best for the film so by the time we got to set; we know exactly what needed to be done.”

“With a great crew behind us, we rigged a number of trees up with lights during the day to get the scene ready for the night shoot. The only thing left to do was add smoke.”

With only a month to go, Made in the West 2018 will be showcasing their shortlisted short films made by Western Sydney’s filmmakers and film students alike. Jaded Belle Productions, Rachael’s production company, is now a proud sponsor of Made in the West 2018 and she is looking forward to seeing who will be crowned Best in the West this year. 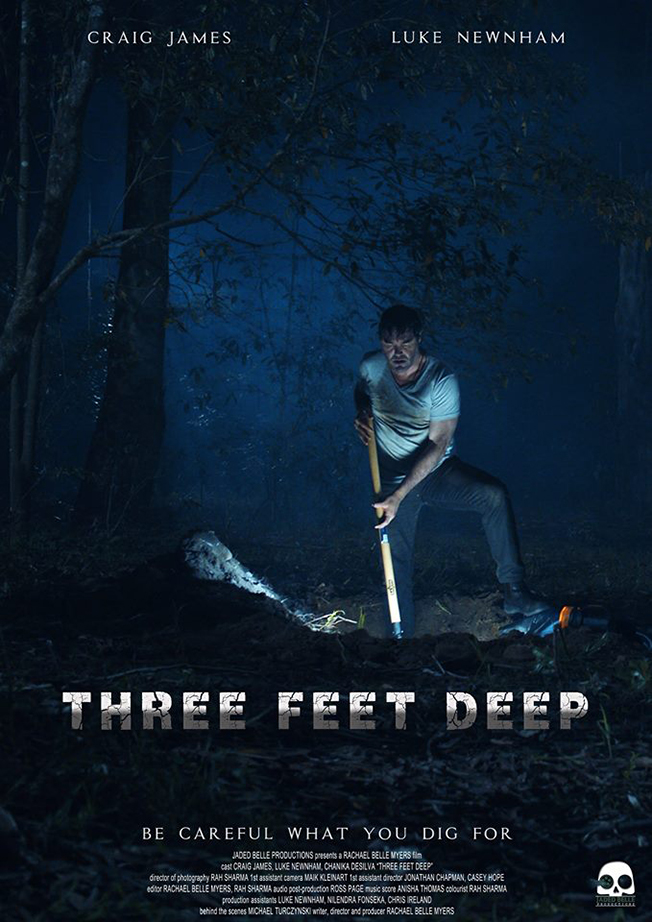