The Verdict On Bad Times At The El Royale: Is It Worth Your Time And Money?? 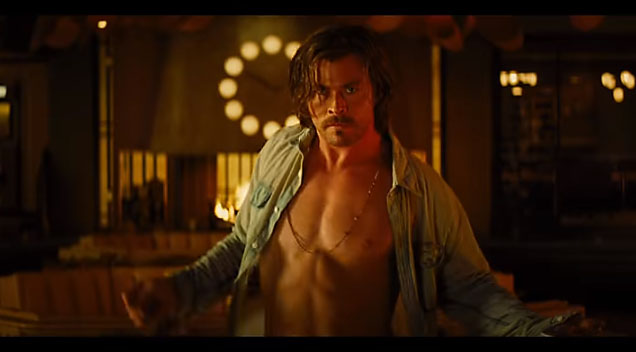 Drew Goddard, in my opinion, is one of the best writers/directors working today. He created one of the best modern horror movies in ages (Cabin in the Woods) and helped put together Marvel’s first stellar television show (Daredevil for Netflix). Now he’s doing for mystery thrillers what he did for horror movies with “Cabin” with his latest talent exploding piece known as “Bad Times at the El Royale.” Goddard knows how to make full use of all his actors and his words; big stars and rising ones. So with the unique premise of the film and the eerie similarly cryptic trailers reminding me of the mystery surrounding “Cabin in the woods,” I was more than intrigued to see what twisted concoction this film was brewing.

Set in 1969, a novelty hotel known as the El Royale attracts seven strangers; each with a dark secret they wish to bury so they can start anew. There’s a forgetful priest (Jeff Bridges), a lost singer (Cynthia Erivo), an estranged pair of sisters (Dakota Johnson and Cailee Spaeny), a fowl salesmen (Jon Hamm), a nervous clerk (Lewis Pullman) and a twisted stranger (Chris Hemsworth); all bound to collide on one fateful night that will force all of their secrets to come spilling out in a mess of blood, vengeance, and darkness none of them are prepared or ready for. To say anything more would spoil the multitude of surprises that are interwoven into this film’s plot so I’ll leave it at that.

For all the mystique and secrets buried in “El Royale’s” plot, it’s a lot more simplified than one thinks; it’s when we reach the climax, and we learn who everyone is and what they have done does the real core of the story hit you like a heart attack and brings every element, character and plot point full circle. Everyone has a secret here, and each newly revealed secret brings another dark secret out of another character as well as what’s going on at the hotel; like a domino effect that keeps escalating the stakes and the characters to dangerous yet exciting new levels. From the very beginning scene, you’re hooked with what unfolds before your eyes and addictively compelled to see how this all ties together and what fate befalls our seven strangers.

Jeff Bridges is (unsurprisingly) delivers top marks all around and surprisingly becomes one of the most sympathetic characters for unexpected reasons. You know he’s not right but you’re not sure why that is and it’s thanks to Bridges performance that you are drawn to his personality and inner demons. Chris Hemsworth is phenomenal as the Manson-esque Billy Lee; a charismatic, handsome slice of psycho that doesn’t show up till towards the end but is absolutely worth the wait. Hemsworth may be a great superhero but he makes an even grander villain and shows true range among his Marvel co-stars. Jon Hamm really grabs your attention from minute one; I loved what they did with his character, the presence he generated and how he affected others.

The real unexpected showstoppers had to be Lewis Pullman and Cynthia Erivo. Their characters had so much more depth and gravitas than at first glance and over the course of the film, they transform into entirely different individuals; compelling and effective in each transition and feeling as real and raw as they came off as from the beginning. The use of music is very important in this film. The soundtrack gives a false sense of comfort and relaxation intense scenes and character introductions, every song feels like it has a meaning, a flavor to the moment that just completes it in ways words never could. The use of music during the discovery of the hotel’s secret is not only well done but also extremely critical to some of the film’s major plot points.

The truth behind the hotel is the only minor axe I have to grind. The ads all point to a sinister hotel operation (similar to “Cabin in the woods” big reveal) being present, but in truth, the actual reveal is more simplistic for a complex movie about interconnecting strangers, stories and layers and that admittedly was slightly disappointing. But in truth, I had nothing but good times at the “Bad Times at the El Royale” showing and think it’s one of the best films of this year by far. Excellent cast, masterful storytelling, brilliant use of music and camerawork; all wrapped up in a timeless time capsule story that uses every element with pristine perfection that makes this a must-see for audiences of all ages.