The Verdict On Westwood: Punk. Icon. Activist: Is It Worth Your Time And Money?? 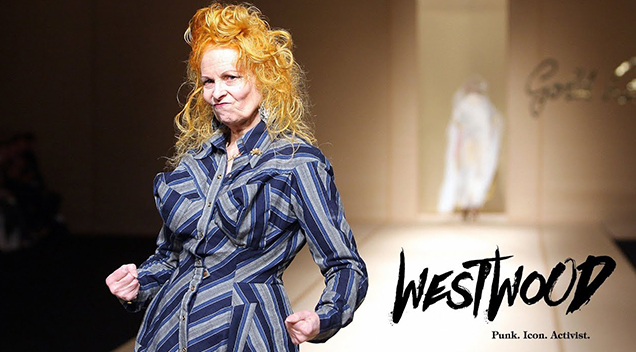 Vivienne Westwood was an attitude. A rebellious, “Against-the-Status-Quo” attitude that inhabited in the 70’s modern punk. Capturing her essence proved to be delightful for the filmmaker, Lorna Tucker since she has known Westwood since 2008. Tucker, herself was once a problematic child who struggled with drugs, alcohol, and poverty which has inspired her to make a film, to find where Westwood got this attitude. One of the very first lines from Westwood as she opens the documentary professing her resistance to talking about herself in an outright manner.

Vivienne Westwood is attributed as the mother of punk who has helped cultivate its aesthetic alongside the Sex Pistols within the 1970s. (She lets out a grunt whenever she gets asked about the punk rock band.) Through humble beginnings, she eventually became a self-made woman with a sense of purpose – her ability to adapt clothing to music was phenomenal. Together with her ex-boyfriend, Malcolm McLaren, she started a shop, which she named “SEX” because apparently, the name was eye-catching and peaks interest.

Throughout the documentary, it’s clear that Westwood is a visionary icon. She often doesn’t downplay her strengths, and she is outspoken about her disappointments such as environmental issues, climate change, fracking, consumerism, and capitalism, etc. — (partially the reason why she does the activism in the first place.) Tucker wanted to explore the abusive relationships, public humiliation and crippling poverty that plagued Westwood’s life that made her how she is today. There was a melancholy sympathy that subsides in the documentary as Westwood begins to reflect deeply on those moments that strengthened her.

The documentary also highlights the conceit of Dame Vivienne Westwood herself in terms of activism—the empress of the fashion industry, an industry is a breeding ground to all the issues that Westwood hates and leaves it opens to the audience whether or not, she’s a hypocrite for putting one foot in fashion industry and one foot in activism.

With Tucker using archival footage to pinpoint the moments of struggle that Westwood had to endure through her journey. An example of was the backlash she gotten from the English press and how they painted her as a joke. Westwood is known to produce garments are provocative and unconventional as oppose to the preppy and classic silhouettes of the fashion powerhouses such as Chanel, Givenchy, and Versace. She wanted her clothes/couture to embody a message instead of looking aesthetically pleasing.

However, when she went to the British talk show, a breakfast programme to showcase her garments, it was evident in the archival footage that she was there to be mocked by the audience rather be in awe in admiration.
The documentary has an uncanny structure to McQueen, another documentary that centers on another British black sheep fashion designer, however, its tone and demeanor was dark, theatrical and hauntingly beautiful like Alexander McQueen’s designer collections. Westwood the documentary has a humorous, colourful tone as the designer.

It’s a beautifully honest portrait of a documentary that seeks to shed light on the ever complex and intelligent woman that is Vienne Westwood her day to day life, the film does not sugar-coat or edit Westwood’s words and show her in the most authentic light. She is and always will be an icon.