The Verdict On The Haunting of Hill House: Is It Worth Your Time And Money?? 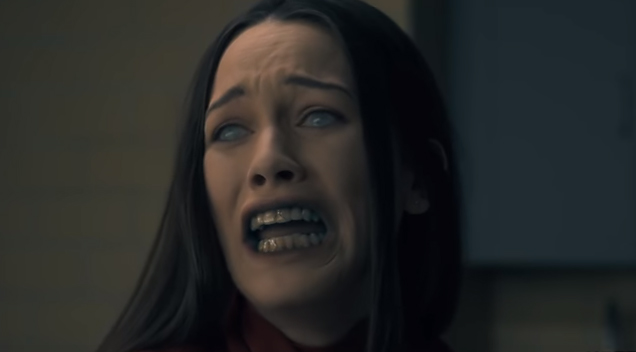 To be competitive in the ever growing/expanding streaming service wars, it’s not enough to just offer a lot of great TV shows and movies; now service providers need original movies and TV programming to convince people that this is the service for them. Netflix, to be frank, sucks at making movies. They pump them out so fast no one even knows what it is, if it’s worth watching or why they feel the need to have so many original movies when there’s already so much to pick from. Now when it comes to quality TV series, that’s where Netflix excels. From the likes of “Daredevil,” “A Series of Unfortunate Events,” and “The Chilling Tales of Sabrina,” Netflix truly has something great for everyone in every genre and today’s review is no exception.

Released just in time for October, Netflix’s “The Haunting of Hill House” is one of the most brilliantly crafted horror TV series ever created and those craving a genuine terror-inducing series that “The Walking Dead” cannot produce; this is the show for you. Based on Shirley Jackson’s book of the same name, the story follows the lives of 5 estranged siblings who spent most of their childhoods in a haunted house, known as Hill House; their parents were trying to flip and sell for money. After a horrific tragedy occurs, the family must come back together to face the ghosts of their past (literally and figuratively) and confront the skeletons in their closets…namely, the ones still lurking and stalking in the vacant halls of Hill House.

Mike Flanagan (the director) made a film some years ago called “Oculus,” an intense, psychological supernatural horror that turned out to be the perfect precursor for his work on this Netflix series. “Hill House” is a unique, ever expanding and surprising story of death, mystery, trauma and familial bonds that frequently alternates between the sibling’s lives as children in the house and back to their adult lives and their strenuous relationships with each other. Every sibling is miserable, broken and treats each other with the coldest shades of indifference and animosity. It’s almost hard to feel anything but disdain for these characters when they all seem to be bursting at the seams with contempt and venom for one another.

But that is the beauty of “Hill House,” they are rotten people who have gone through something horrible and little by little we learn the unimaginable horrors they experienced and how it shaped them into the people they have grown into. Unlike previous horror shows like “The Strain” or “American Horror Story,” this series hardly coughs up a single jump scare and relies almost entirely on subtle, blink-and-you’ll-miss-it disturbing imagery and figures that lurk just well enough into the light to give you nightmares for nights to come. The ghosts never rely on just one shape or form. Each new episode provides a new ghoulish shadow; some so well hidden even the most diligent of observers will have to sit through the intense scare sequences over and over again to discover.

The family’s connection is insufferably muddled but entirely relatable. Any viewer can watch this and have some relative in their life that is eerily similar to one of the central characters and identify with their pain and stress. Major props and applause go to Carla Gugino for an absolutely breathtaking performance. She walks the line between sweetness and pure terror with every scene, gradually building up to her mysterious fate and how powerful her influence is on the story as well as everyone in it. Every actor cast pulls off a stellar performance; inducing chills, tears, gasps and even a few laughs at times. The house itself is treated and viewed as its own character. No logic or reason for its haunted parasites ever coming to light; wisely focusing on less relevant origin based details and focusing on the core and heart of this story: the family.

If there is any complaint to be heard among the ghostly moans and wailings of excellence, it’s that this show is top notch but not everyone can stomach the horror and macabre images it pumps out on an episodic basis. There are a lot of intense but extensive monologues peppered throughout the last 3 episodes and the characters may be too obnoxious for some people to stomach, but there is far too much greatness in this house’s foundation to be scared off by a few blemishes. “The Haunting of Hill House” is a true monster masterpiece of fear, storytelling, writing, and acting; even squeamish TV viewers will find it hard to look away, and THAT is a staple of a quality show that I cannot recommend, praise or endorse enough.

Melbourne Fashion Week Is Coming Back “Phygitally” In November. Yes, You Read Right!