The Verdict On Bohemian Rhapsody: Is It Worth Your Time And Money?? 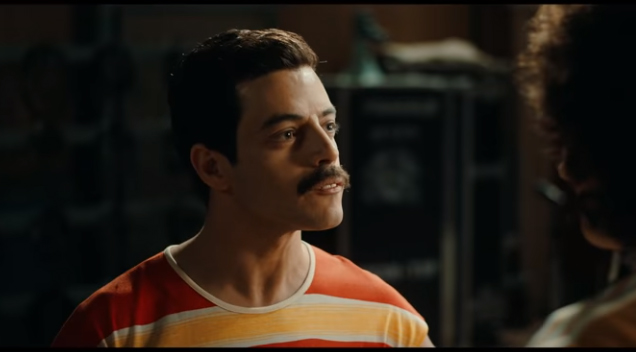 While they lived, performed and ended before my time, there has never been a band I admire or whose influence I feel is unquestionable more than Queen. Nearly every song they produced was a masterful hit and even though Freddie Mercury tragically lost his life at a young age due to the AIDS virus, his legacy and his music still impacts the world of music to this very day. I’m normally avoidant of biopic movies because they tend to fluff too much of the star’s dark side out of the picture and dream up this fantasy incarnation that defeats the very purpose of the film. But I’d be lying if I said I wasn’t eager and excited as can be to purchase tickets for the earliest available showing for “Bohemian Rhapsody” once it came into theaters.

“Bohemian Rhapsody” traces the band’s rise to power and fame along with the life and story of their infamous lead singer; Freddie Mercury (Rami Malek). The story follows the band’s formation, their personal lives, their problems and the birth of some of the most iconic songs in music history. But we also learn of Freddie’s descent into a darker lifestyle; one that ultimately ends when he learns he contracted the fatal AIDS; all leading up to his last chance to fix things up with his friends, his family and his band before his most iconic band performance ever: Queen’s performance at the 1985 Live Aid concert.

When you’re swaggering into shoes of one of the greatest singers in existence, one has to take expert care and optimal effort to bring the likes of Freddie Mercury to cinematic life. Reviews seem to be mixed across the board for this film but one thing is universally agreed by all: Rami Malek IS Freddie Mercury. Malek brilliantly transforms into Mercury with flawless finesse and disturbingly accurate embodiment. His moves, his mannerisms, and the way he talks; everything about Mercury is perfectly re-created by Malek and he never falters or fumbles from start to finish. I feel like this film shows us a living retelling of Mercury’s actual presence in person rather than just what his life was like or how he came to fame. Don’t get me wrong, all of that is still here and necessarily so, but it’s hard not to get endlessly enamored with Malek’s performance and notice much of anything or anyone else.

The film moves rather swiftly to the band’s formation and rise to fame through the story, but never feels too rushed or too dragged down to notice. I loved seeing the unexpected creation of the band’s most iconic and frequently recited songs such as “We will rock you” and of course; “Bohemian Rhapsody.” While Freddie almost always takes center stage, one cannot tell Queen’s story without the rest of the band and they’re all wonderfully represented here. These mates have a sense of familial connection that feels real and meaningful, but also puts their worst attitudes and behaviors on full display and treats them like real people rather than Hollywood fabricated versions of themselves. The climax of the film: Queen’s performance at the 1985 Live Aid festival is beautifully brought to life. You truly feel like you’re there and surging with the same passion and energy Mercury is belting out.

The one thing that many have questioned was how much of Mercury’s wild sexual lifestyle was included and how much was toned down. From what I saw, the film hardly ever shied away from exposing Mercury’s exotic sexcapades and made it powerfully clear what kind of life he lived and who he lived it with. Could they have gone a bit further and made it a bit more sexually intense? Probably, but do I feel the message still got across about what kind of man he was and what kind lifestyle he experienced? Yes, yes I do. I frown when I read that facts were fudged or chained for biopic films and this one had a few that definitely left me a bit sourer than in other biopic films. However, I still feel this film’s mission was effectively accomplished.

“Bohemian Rhapsody” is a compelling, highly entertaining and engaging story that doesn’t shy away from the pains and truths about Freddie Mercury’s life and while not everything is 100% accurate, everything IN this movie is 100% amazing. This film fills you with a buzz that charges you up and keeps you hooked from start to finish. Malek has award nominations written all over this film, and it’s without a doubt; the best biopic movie I have had the pleasure of enjoying despite a few factual and pacing peccadillos.