The Verdict On Overlord: Is It Worth Your Time And Money?? 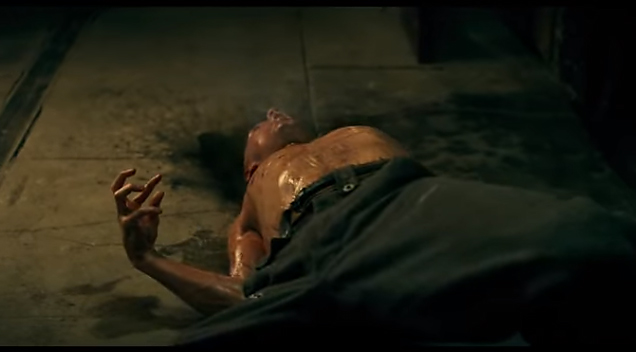 Back when “Bad Robot” films was still trying to lamely “connect” several science fiction movies through one so-called universe “Cloverfield,” “10 Cloverfield Lane” and “The Cloverfield Paradox”;  this WW2 zombie film was rumored to possibly be attached to this skewed universe guided by JJ Abrams. Luckily, the “Cloverfield” tie-ins died after the disastrous failure of “Cloverfield Paradox” and “Overlord” was able to be presented as its own film without any loose connections or farfetched Easter eggs. Unfortunately, the film doesn’t quite deliver what it promises and seems to have trouble making its mind what it wants to be; whether it’s saddled with the “Cloverfield” name or not.

Taking place on the night before D day, June 5th 1944, American paratroopers are dropped in behind Nazi enemy lines to destroy a radio tower the Nazis are using for soldier communications in an old French church. The soldier’s plane is shot down and a handful of men survive; coming across a local woman whose mother has received strange medications from the Nazi scientists. As the soldiers attempt to complete their mission, they soon discover a horrifying secret experiment the Nazis has been performing on the people of the village: they are bringing back the dead for immortal soldiers for the Third Reich. Now the soldiers must stop this undead terror before it spreads to the rest of the war and the world while still completing their mission.

Maybe it’s the fact that the video game series “Call of Duty” already did this idea with one of their secret levels, but I couldn’t help but think this plot sounds better fodder for a video game than a film. “Overlord” is a zombie movie in the same way “Crimson Peak” is a ghost movie: it’s NOT. It’s a movie that HAPPENS to have zombies in it rather than being a zombie movie. The movie scares up your average, run-of-the-mill WW2 action fare for the first 45 minutes or so before the zombie guts hit the fan. I’ve never cared for war films and apparently even mixing in zombies into the foxholes didn’t help because my feelings haven’t changed in the slightest.

“Overlord” tries to present itself as two things, but in reality, it merely carries the appearance and scent of a zombie film and by the time you realize this; the movie’s over. Visually, the use of effects (especially during the incredible opening airplane sequence) comes off quite impressively. It’s shocking, effective and you’re never quite sure what nightmare is going to burst out or drool over you next. When we do FINALLY get to the zombie nougat center, it presents some fun throwdown fights and the gore makes the gruesome damage all the more gratifying. The problem is you don’t give a damn about any of this war stuff or the characters; they’re both too bland and one note to make it worth waiting through all the sluggishness of the first and second acts.

This feels like a choppier, less memorable horror take on “Captain America”; minus everything that made it good of course. I didn’t care about anyone in this film and I certainly wasn’t scared. The trailers never really gave me much hope but I certainly expected more than what I actually got and “Overlord” just doesn’t know who it’s trying to cater to and neither film angle (war or zombie) is executed well enough to make this worth watching for zombie film fans, war movie fans or both. Even writing this review, it’s hard to come up with something to talk about as the movie didn’t give much to rag on; even praising it would be hard as there really isn’t much to work with or discuss about. This movie didn’t have much up live up to but it certainly could have benefitted from just a smidge more effort to at least try to make it more fun.

Overall, “Overlord” snapped some good visual cues and had a lot of fun, crazy combo nuttiness that could have resulted in a fun B movie or a modernly made shlock-fest. The end result, however, disappoints on all fronts. The characters are dead without being zombies, there are no brains behind the script or the dialog, it’s not scary, it’s not thrilling; it’s just two genre trains that crashed head on at half speed and the resulting slapped together mess is what “Overlord” ended up becoming. Personally speaking, you’re better off playing the zombie levels from “Call of Duty” than watching this movie.