The Verdict On Wreck-it Ralph 2: Is It Worth Your Time And Money?? 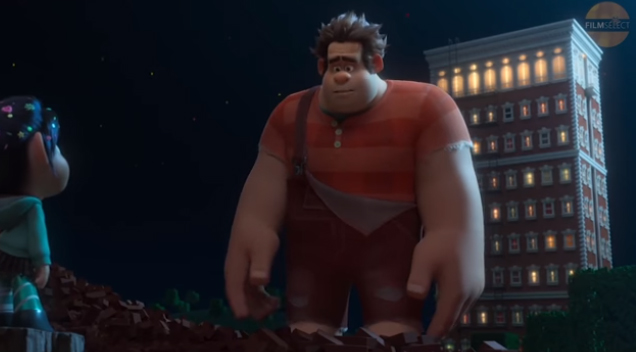 You know a movie is going to good when you just hear a general, basic plotline and get excited about seeing that simple story angle getting explored. “Wreck-it Ralph” is one of the best-animated movies to come out in decades. It’s funny, fresh, features a wonderful cast of characters and balances a perfect mix of humor, quality storytelling and acting and had a shocking twist that I never saw coming. So when I heard a sequel was coming out with the basic idea that Ralph and Vanellope were going to the internet, I was already giddy with childish glee at thinking of the possibilities that could come out of it. Six years later (both in the story and in real life), we finally can put that wondering to rest with “Ralph Breaks the Internet: Wreck-it Ralph 2.”

After an accident causes Vanellope’s (Sarah Silverman) game “Sugar Rush” to break down, Ralph (John C. Reilly) discovers the part they need is on the internet and they need to travel through the arcade’s WIFI in order to get the part before the game’s plug is pulled. Along the way, they encounter all sorts of colorful characters (new and familiar) like hardcore racer pro Shanks (Gal Gadot), a trending living algorithm named Yasss (Taraj P. Henson) and many iconic Disney princesses and characters that put Ralph and Vanellope’s friendship to the test and risk crashing the world wide web for them, their friends and everyone else along their journey.

While the original “Ralph” was about video game cameos and poking fun at game tropes, “Ralph breaks the internet” makes full use of Disney’s monopolized assortment of owned properties such as Marvel, Star Wars, Pixar and uses their full assorted cast of classic and popular characters to become just as integrated to the story as Ralph and Vanellope are. While this film relies less on story and more on visual gags and trendy RL connections/references, much of this is salvaged by the continuing expansion and development of Vanellope and Ralph’s friendship. This is more about them and seeing things through their eyes (including each other). We see how they have grown and stayed the same over the course of 6 years and it’s that bond that makes them so endearing and so enjoyable to watch no matter what scenario therein.

Reilly is always delightful as Ralph but I have to shift the spotlight to Silverman because she REALLY took the character above and beyond. Vanellope has become even more adorable and less bratty; making her interactions with Ralph sweet and sappy as well as exploring new desires and goals once she meets Shank and the Disney princesses. She even gets to sing a “princess song” and it plays hilariously well with the rest of Disney’s tongue-in-cheek examination of its properties and characters. Shank is oddly enough, more likable and admirable than Gadot’s RL superhero portrayal of Wonder Woman. She’s strong but fair, powerful but compassionate and is the best new character introduced in the “Ralph” series.

The other new characters get some screen time but don’t get much to do and the likes of other great Disney alumni like Alan Tudyk, Alfred Molina and Bill Hader feel a bit underutilized. Aside from facing the daunting task of being compared to the series phenomenal first entry, “Ralph 2” suffers largely from it’s of a proper villain…or any villain for that matter. The problem driving the last act of the movie feels hastily put together and a bit lazy too. I was disappointed to see such an overly simplified climax designed for a movie that’s bursting frame after frame with color, creativity, and charm. I know King Candy left some big shoes to fill but this is yet another disappointing villain in Disney’s recent films that I wish would have been improved upon at this point.

Overall, the senseless bashing and claims of commercialism people direct towards “Ralph breaks the internet” feels undeserving and unfair. This is a wonderful, heartwarming sequel that while yes, relying heavily on modern references and internet concepts; still manages to expand Ralph and Vanellope’s story and bring new ideas and humor to their world. There’s a lot of fun to be had here and it’s a film that can appeal to audiences of any age or generation. I’m still bummed about the lack of villain problem but “Ralph 2” is a feel-good film that succeeds more times than it fails and will gladly jump on board any chance to see these great characters again.