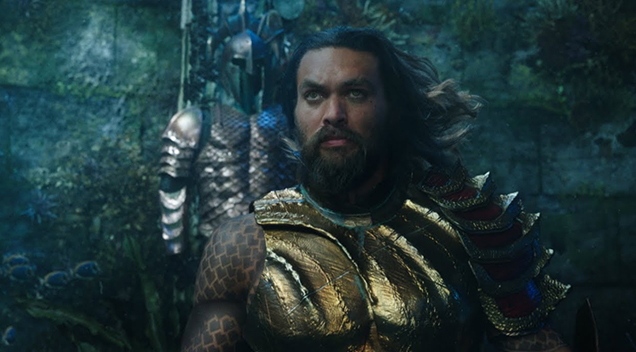 It’s official: Warner Bros. Pictures’ “Aquaman” has taken over the box office this year raking in more than $1 billion worldwide in just over one month.

Ron Sanders, President of Worldwide Distribution, Warner Bros. Pictures Group and Warner Bros. Home Entertainment made the announcement today. He said: “We’re thrilled audiences around the world have embraced ‘Aquaman’ in such a big, big way… Jason, the filmmakers and the team at DC have delivered a film that people love, and we are so appreciative of their support.”

Director James Wan also said, “Firstly, Massive LOVE and THANK YOU to the fans and audiences around the world. Humbled by the way you’ve embraced ‘Aquaman’ and how it has resonated on a global scale. I’ll forever be indebted to Jason for turning Aquaman into one of the coolest, cinematic Super Heroes ever and becoming the gold standard for this character for generations to come. Huge thank you to the amazing cast—Amber, Patrick, Nicole, Yahya, Willem, Temuera, Dolph, Ludi—for breathing life into our beloved characters. And, of course, this movie wouldn’t be what it is without the incredible achievement of everyone involved, from the heads of department to every single crew member, who demanded utmost excellence in helping design and create this cinematic experience.”

Besides crossing the $1 billion mark, Aquaman is also the #2 DC film ever worldwide, right behind “The Dark Knight Rises,” which raked in $1.08 billion during its time. “Aquaman” has apparently raked in $287.9 million domestically, and currently the second highest grossing Warner Bros. film of all time internationally, with a whopping $732.4 million to date; the biggest DC film of all time internationally; and the highest grossing Warner Bros. film ever in China, with $287.3 million.

The film stars Jason Momoa as Aquaman as well as Amber Heard as Mera, a fierce warrior and Aquaman’s ally throughout his journey; Oscar nominee Willem Dafoe (“The Florida Project”) as Vulko, counsel to the Atlantean throne; Patrick Wilson as Orm, the present King of Atlantis; Dolph Lundgren as Nereus, King of the Atlantean tribe Xebel; Yahya Abdul-Mateen II as the revenge-seeking Black Manta; and Oscar winner Nicole Kidman (“The Hours”) as Arthur’s mom, Atlanna. Also featured are Ludi Lin as Captain Murk, an Atlantean Commando, and Temuera Morrison as Arthur’s dad, Tom Curry.

The film has been released in 3D and 2D and IMAX, and is distributed by Roadshow Films in Australia and New Zealand.