The Verdict On Mary Poppins Returns: Is It Worth Your Time And Money?? 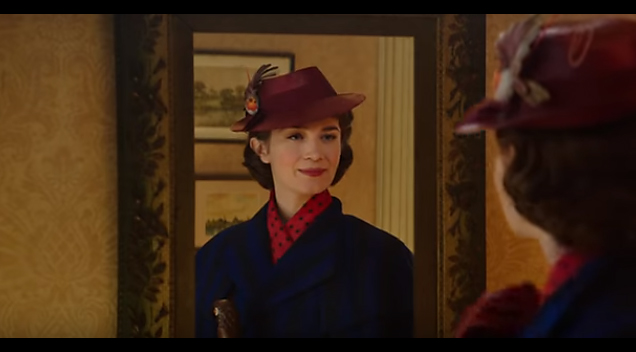 Sequels are a tricky beast to tame. Creating something lasting enough to carry on for several more films only works if you have a very solid and stable foundation film, but you don’t want to have a foundation movie that is TOO good because then nothing can ever compare to the original, which is the problem anyone would have trying to follow up “Mary Poppins.” The Julie Andrews led classic is an immaculate piece of cinematic perfection with effects, music, and writing that still holds up to this day 60 years later. Now Disney and Rob Marshall try to do the impossible and continue PL Travers iconic character in a sequel simply titled “Mary Poppins returns.”

Set during London during the depression era, Michael and Jane Banks (Ben Whishaw and Emily Mortimer) are all grown up and have children of their own but are facing intense financial and emotional difficulties due to Michael losing his wife. Out of the sky, drops once again the mysterious Mary Poppins (Emily Blunt); come back to use her magic and wits to help the Banks family and with the aid of her lamp lighter friend Jack (Lin Manuel-Miranda), restore the joy and wonder Michael and Jane seemed to have lost during all these years.

To hear talk of a sequel to a movie like “Mary Poppins” is like hearing were going to colonize the sun: it just doesn’t sound possible. But let it not be said that Disney does anything half-ass; they never do and this film is no exception. “Mary Poppins Returns” manages to capture everything that made the first film a classic; the colors, the music, the dancing, the imagination; it’s all here and then some. It’s like someone took the original film and brightened all the colors and visual pieces and slapped a few new faces over it, in other words, it still has the look and feel despite being made 60 years later and with a (mostly) new cast. Rob Marshall knew that this kind of legacy needs care and effort put into it and he did not disappoint on any aspect on any part.

The film features a completely original soundtrack with no rehashed versions of old beloved songs; just pure original new songs belted out by a fantastically talented cast. While no one doubts the genius musical talents of Lin Manual-Miranda, its Emily Blunt’s take on the beloved character that faced the most difficulties winning people over. Needless to say, it didn’t take long for her to win this reviewer over. Blunt acts like she is possessed by the spirit of Julie Andrews. Her mannerisms, personality, and choreography are flawless, absolutely flawless. I’ve never seen someone embody someone else’s character so naturally.

The magic and enchantment I felt as a child when I watched the original is here and that is a very hard thing to accomplish nowadays in a sequel. The beauty of the animated sequences and the phenomenal dancing sequences have such life and creativity in them that you almost feel like the film shouldn’t be this good considering what it’s following…and yet it is and it just keeps on getting better. I love the idea of seeing the Banks children growing up with families and problems of their own. Sure, some of them deal with the usual financial troubles the first film dealt with but most of it deals with the heart-wrenching pain Michael is going through with the loss of his wife. His brief but touching song about missing her is my absolute favorite number in the whole film.

The only component that feels out of place is the need for a villain in the form of Colin Firth’s character Wilkins. Disney has always made excellent and memorable villains, but “Mary Poppins” was one of those films that worked without needing some mustache-twirling big bad to cause trouble; it was just a film about family and magic. He doesn’t do a bad job playing a bad guy he just feels a bit too corny and doesn’t really blend with the natural charms the original handled so well. Overall, “Mary Poppins Returns” is a true accomplishment in every sense of the word. The music, the talent, the visuals, the directing; everything lives up to the previous film’s glory without missing a single beat or step. This is a sequel that lives up to its acclaimed original and should not be missed but SHOULD be enjoyed and watched for years to come; just like its processor.