The Verdict On “Bumblebee:” Is It Worth Your Time And Money?? 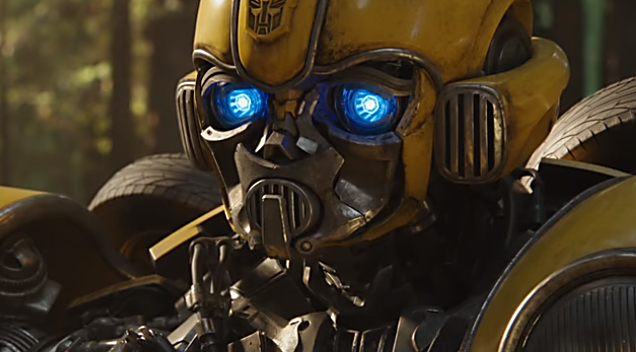 As a long time “Transformers” fan, even I had to walk out of the theater with my head down in shame after the disastrous “The Last Knight” premiered. So many people had carelessly bashed the franchise as a whole and this was the final universally accepted bomb that seemed to vaporize the franchise’s future once and for all. All signs seem to point towards reboot junction; the only thing left on the slate before “Transformers” went to the slab was a little prequel/spinoff about everyone’s favorite TF character, “Bumblebee.” Directed by Travis McKnight (Kubo and the 2 strings), this was the first “Transformers” film to not be directed by Michael Bay and audiences first chance to see what a fresh take on a worn out old franchise can do.

Set in 1987, Bumblebee survives escaping from his war-ravaged planet to Earth and hides in a junkyard until he is discovered by a budding 18 year named Charlie (Hailee Stanfield) who decides to befriend him and protect him while on Earth. However, two Decepticon warriors called Shatter and Dropkick (Angela Basset and Justin Theroux) contact Earth’s military spearheaded by Agent Burns (John Cena) who identify Bumblebee as an enemy spy. Now the Decepticons and Earth’s army are looking and hunting Bumblebee and Charlie must try and keep her new friend safe without her

Scaling the blockbuster explosion-fest “Transformers” was known for was the wisest and most effective way to get this robot series back off its rusty feet. Long forgotten was the heart and emotional connection established with Shia Lebouf in the first “Transformers” movie. “Bumblebee” is a strange, beautiful mix of nostalgia and modernism that manages to capture the forgotten essence the original series began with, as well as brought back the original designs and characters straight out of the 80’s cartoon. The use of the 80’s setting allows for some iconic music and backgrounds that perfectly fit the feel and personality of Hailee Stanfield’s character and her first meeting with Bumblebee. It’s like new life is being breathed into a franchise’s future through a prequel.

Stanfield is a sweet, likable and endearing character who touches all the right feels without feeling too sappy or corny. Bumblebee gets plenty of time to shine along with the villains due to the small number of actual robots featured (another welcomed change). There’s still action, still robots beating the crap out of each other but it feels natural with the story’s flow and doesn’t go overkill with the explosions. I was pleasantly surprised at John Cena’s excellent performance as Agent Burns; he really nailed the character and is proving his acting chops impressively here. I only wish Jorge Lendeborg Jr. as Memo could have not only performed a bit less woodenly but was also used more effectively. He just didn’t seem like he was being used as well as he could have been.

But oddly enough, one of the film’s best sequences was the opening one depicting the war on Cybertron that has been discussed throughout the franchise many times but only briefly seen. We see a beautifully shot, animated and designed war sequence that captures the characters in their original forms and glory and still maintains the hard edge intensity of the combat without the animated appearances looking silly or out of place. There had been talks before of a film focusing on Cybertron and the war in animated form and after seeing just a taste of what that could look like in the opening, I would love to see that idea explored even further. The only downside with “Bumblebee” is that as a prequel, it has limited options for continuing films.

Overall, “Bumblebee” is easily the best film in the “Transformers” series. This is a fresh start with an old classic vibe that beautifully embodies all that is good with the franchise and leaves out the bad with expert storytelling, heart, emotion and just enough action to keep the fires on this series lit just a bit longer. I feel “Bumblebee” is an indication of how great this series can be again and the director and approach chosen blended together perfectly in a way that I can see more coming from this point of reference. We’ll see what the future holds.