Buckle Up, Australia: A Dynamic Multicultural Fashion Show Is Set To Hit Sydney In A Month! 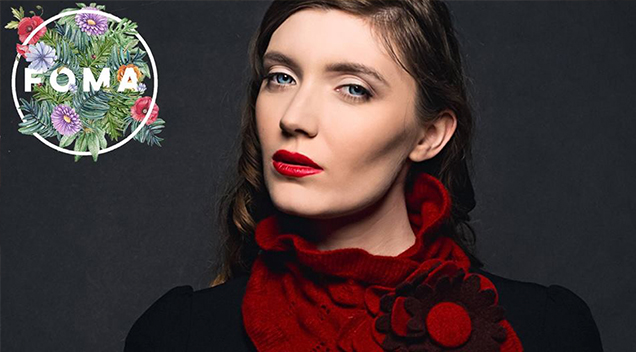 Fashions of Multicultural Australia is set to return on Friday, 1 March 2019 and we can’t be more excited.

Less than one year after its breakout launch in 2018, Fashions of Multicultural Australia (FOMA), supported by the Department of Foreign Affairs and Trade, Australia Korea Foundation, is set to make its return on Friday, 1 March 2019 at the Cutaway, Barangaroo.

FOMA is a platform pioneered by Gandhi Creations Pty Ltd, a multi-award-winning marketing and event management company. For over a decade, Gandhi Creations have delivered more than 500 events including initiatives of national significance for state and federal governments.

Returning with the same cultural and stylistic dynamism that made the launch an astounding success in 2018, this year’s Runway Showcase will again deliver a diverse combination of international, local, Indigenous Australian, and refugee designers as they share with audiences a holistic, contemporary depiction of Australian culture and fashion.

FOMA provides a sustainable platform for international and emerging designers and works in collaboration with Foreign Embassies. It is a first-ever national initiative that will acknowledge the origins of Australian fashion and how migration has historically affected it. The platform effectively engages with Australia’s diverse communities and presents an opportunity for designers to showcase their uniqueness and cultural nuances through fashion diplomacy. Ultimately, FOMA exists to integrate communities and foster social cohesion, whilst further strengthening bilateral ties with nations that make up the diverse landscape of Australia.

Held together by Master of Ceremonies, Jeremy Fernandez, ABC News Journalist, and Presenter and Internationally renowned Fashion Anthropologist Charlotte Smith, FOMA 2019 will intertwine a unique range of cultural fashion pieces, both traditional and contemporary, to create an entirely new and unique experience. This will involve a streamlined runway showcase on one of Australia’s largest runways spanning 60 meters, as well as a free Exhibit which will offer opportunities for the public to engage directly with the partaking designers and Foreign Embassies throughout the day.

Audiences can look forward to designers such as Ireland’s Anne McConnell, whose designs are influenced by endless generations of her own family’s heritage, or Anjilla Seddeqi, a refugee originating from Afghanistan whose outfits draw inspiration from the classic and feminine silhouettes of the 1950’s. Additionally, this year’s Runway Showcase will once again welcome an opening feature by Indigenous Australian designer, Colleen Tighe Johnson, who was awarded a 2018 NSW Creative Achievement Award shortly after her participation in the 2018 FOMA Launch.

The 2019 FOMA Runway Showcase will not be short of experimental or futuristic looks either, featuring the likes of Tamara Leacock, whose brand REMUSE draws inspiration from Afro-futurist aesthetics to combine recycled materials and artisan techniques to create fresh and previously unseen looks. Alternatively, The Republic of South Korea’s Yoonkyung Jang develops cutting edge color textile designs through her brand ‘SETSETSET’, which create ‘lively and kitsy feels’ that express Korean culture in new ways.

To secure your tickets to this dynamic, multicultural Runway Showcase on Friday 1 March 2019, click here.