FOMA (Fashions of Multicultural Australia) is a first-ever national initiative that integrates cultures, generates trade opportunities and creates social cohesion through the universally binding industry that is fashion. Meet the 17 talented fashion designers who will be showcasing at FOMA 2019: 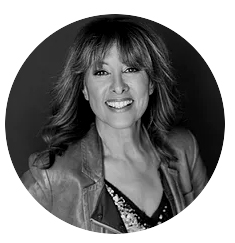 Aida Guirguis founded ethical luxury jewelry company Scarab Rouge in 2001 inspired by the Egyptian heritage. She designs & creates stunning handcrafted one of kind pieces of jewelry. Over the years she has handpicked and established a team of professional Australian craftspeople with over 150 years’ combined experience who are the best hands, eyes, and skill in the business. Scarab Rouge is ecologically mindful through every element of the business. They are committed to the ethical sourcing of materials and all of our stunning diamonds are certified to be conflict-free. 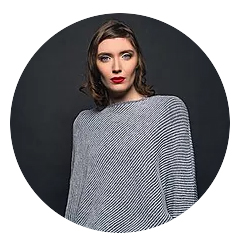 McConnell (Formerly Áine) was established at the turn of the century by fashion designer Áine Behan. Áine was deeply influenced by growing up on the Wild Atlantic Way on the west coast of Ireland. The strong family heritage of knitting ensured that Áine was immersed in the craft as she watched the women of her family instinctively knit Aran sweaters without patterns or guides, having mastered the craft from the previous generations. 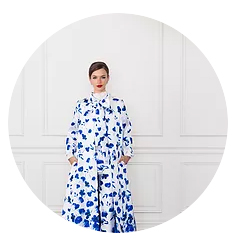 Anjilla Seddeqi is an Australian designer of Afghan heritage. She arrived in Sydney, Australia in 1989 with her family seeking refuge from war-torn Afghanistan. Anjilla has interned with UNHCR and practiced refugee law for a number of years before turning her focus to fashion and design. She is inspired by her heritage as well as the classic and feminine silhouettes of the 1950s, where dressing was an art form in itself. Her debut collection was launched at Dubai Modest Fashion Week in December 2017. 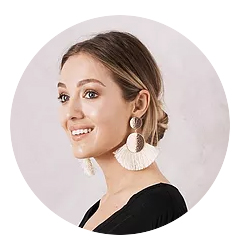 Carolina is a unique Australian brand that merges Australian ideals with European style and Colombian craftsmanship; working to design and create unique fashion-forward accessories including handbags, clutches, wallets and belts as well as fun scarves, shirts and capes to brighten up every woman’s wardrobe. Founder and Creative Director, Carolina Giraldo saw a gap in the market for lifestyle clothing and accessories range that was versatile in function and unique against excessive mainstream productions. 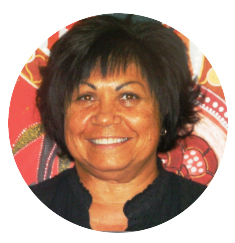 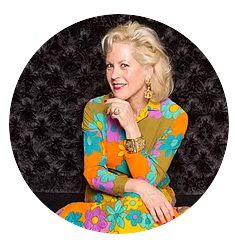 The Charlotte Smith Fashion Collection by Charlotte Smith is considered the largest private vintage clothing collection in Australia. The collection holds a mirror to our time and tells the story of the woman’s wardrobe from 1720 to the present day. It includes 8000 pieces from 32 different countries. Many internationally recognized 20th-century designers are represented including Lucile, Vionnet, Dior, Chanel, Balenciaga, Pucci, Jean Muir, Zandra Rhodes, Westwood, Versace, Dolce & Gabana, and Jil Sander. 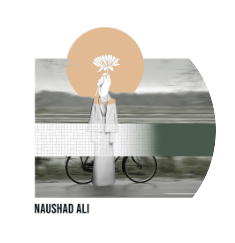 Naushad Ali, a designer who constantly redefines simplicity; he is lost in his love for Indian traditional crafts, creating designs that interweave modern cuts with heritage fabrics. He believes in reliving the history of a culture by reviving its traditional fabrics. A NIFT Chennai design graduate who set up Studio Liam in 2013, creating a design line that transported the glory of traditional craftsmen in his country to the contemporary fashion arena. At his studio in Auroville, every garment is designed, tailored and packed with earnest dedication. 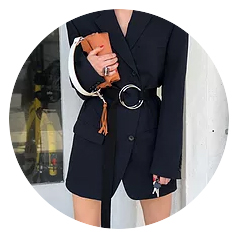 Katya Komarova unites her love for geometry and respect for Italian craftsmanship in her namesake leather accessories label, creating contemporary handbags and accessories that are both minimalist and highly functional in design. The brand exists ethically and sustainably, taking a responsible and considerate approach to the environment. Katya Komarova designs have admirers around the globe and were featured by publications like Vogue, Marie Claire, and ELLE. After being showcased at platforms like Mercedes Benz Fashion Week Russia and Adelaide Fashion Festival, Katya will present her latest designs in collaboration with other Russian born designers Alfia Galimova and Evgenia Lisichkina of Jane Ju Jewellery Studio at FOMA this year. 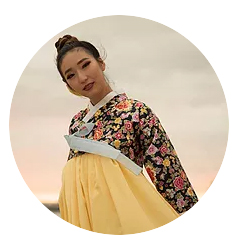 Miranda Day created MiranDay Designs as a way to bring together both her love for the Traditional Korean Hanbok and her own ideas of modern fashion. She wanted to find a way to show people the beauty, elegance, and culture of the Hanbok by making it more wearable and fashionable for everyone all shapes, sizes, and cultures. By using unique styles and patterns she creates one-of-a-kind outfits for her clients both in Australia and Internationally. She loves to make her clients feel fabulous, unique, stylish and still be comfortable in what they wear. 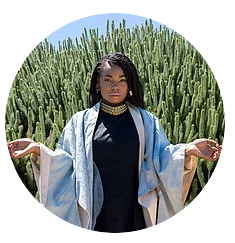 Tamara is a designer and stylist who works with recycled materials, artisan techniques, and Afro-futurist aesthetics. As a designer, she integrates natural and recycled materials into shapes that are androgynous, often free size, and a fluid exploration of natural colour and mood. Her origins from Brazil, the Bahamas, and St. Kitts further inform her work. R E M U S E is a Melbourne based clothing label where futurism meets nature. Fusing artisan techniques, low-impact dye technology, and natural fibers, R E M U S E investigates the ways the future of a fashion is simply fashion that takes inspiration from the earth. 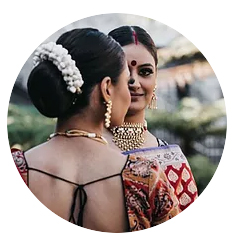 Meera represents the women of today who seek to challenge the very boundaries set by society. They seek character in their attire, willing to challenge the status quo and set precedence in the choices they make. A rich blend of traditional silhouettes presented in a contemporary manner to cater to the independent modern woman. 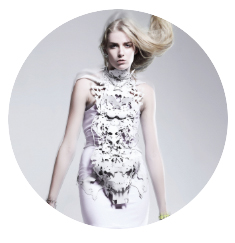 Born and raised in Jakarta, Indonesia. She graduated from ESMOD Jakarta University in June 2013 She received an award as “the special jury award” by Yongki Komaladi during her graduation fashion show. She won first place in the Indonesia Fashion Design Competition 2014. After finishing her course scholarship studies, in Koefia, Rome Italy, She was an intern in Iris Van Herpen atelier in Amsterdam, The Netherlands. Recently, debuted her SS18 collection in October 2017 at Los Angeles Fashion Week. 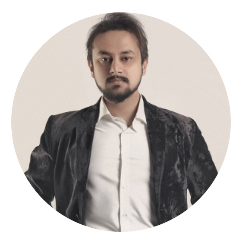 Ethnicity, culture, tales from the decades-old traditions when combined with the glamorous touch of the west, Studio Chiraghaan (commonly known as the HOUSE OF UMER IFTIKHAR) the brainchild of Umer Iftikhar came into existence in the year 2015. The house of UMER IFTIKHAR is proudly producing bridal wear, luxury pret & ready to wear outfits –delivering worldwide. With hundreds of loyal customers around the globe, the house stands proud of being known for best-tailored outfits. 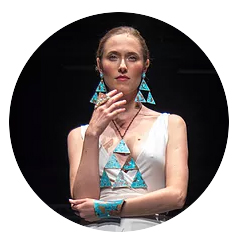 Victoria Alonso Jewels brings a little piece of Chilean earth to a cosmopolitan woman through handmade jewelry in copper, silver, and gold, representing the natural minerals of our country and the essence of women. Victoria Alonso uses varied techniques, such as Patina (layer formed through aging and exposure), Kum-Boo (ancient Korean gilding) and Anticlastic (curvatures). Patina is especially used to accelerate the natural process of metal staining that creates a unique design that is both beautiful and iconic to Chilean nature. 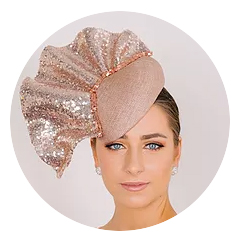 Wendy Scully is a full-time milliner who creates bespoke millinery pieces all year round. She currently works from her retail store/ workshop in Howey Place, Melbourne CBD, which she opened in July 2018. Her philosophy is to hand create all components of her exquisite and individually unique headpieces. Wendy has combined her over 40 years of experience as a sculptor and textile designer/ teacher to specialize in millinery over the last 6 years. Each headpiece is a one and only creation. 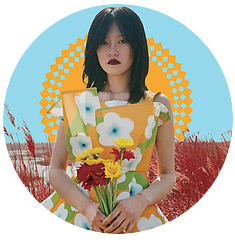 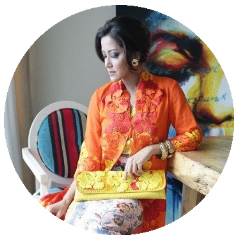 Started from her love for a handmade bag, Novita Yunus stepped into the fashion industry and left her job from the bank. Novita posted pictures of her very first “designer batik bags” on her Facebook page, which resulted in orders flowing from her friends and acquaintances. Responding to this unexpected demand, she started her company in 2009. Novita established Batik Chic out of love for tradition and necessity to preserve the culture, as is represented by the company’s motto “Keep the Heritage Alive”. She wants to raise awareness and foster the popularity of Batik and other traditional Indonesian fabrics. Since the beginning, she is committed to creating fashionable Batik items for all ages, while at the same time promoting vintage batik fabrics or designs that are slowly vanishing.

The Philippines Has Human-Sized Bats And NO, We’re Not Kidding!