The Verdict On Dragonball Z Broly: Is It Worth Your Time And Money?? 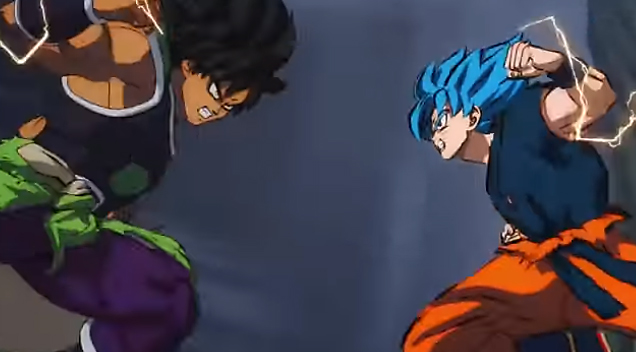 Dragonball Z has been the quintessential childhood nostalgia that thrives in the late ’90s and early 2000s. It was the culmination of early 7 am wake-up calls that excites every kids’ thirst to know what’s going to happen to Goku, Vegeta and the gang in the next episode, which prompt a substantial fan base for the anime. The signature Super Saiyan battle call was usually repeated in lunches and recesses across elementary schools.

Although the original series ended, Akira Toriyama’s Dragon Ball Z became most recognizable Japanese manga/anime in the West. The canon continues with recent installment, Dragon Ball Super: Broly has ignited a spark within their loyal fans and invited a new generation of fans to experience the Dragon Ball Z greatness, in its entirety.

The backstory in Dragon Ball Z Super: Broly is nuanced and comprehensive as to why Broly and his rivals, Vegeta and Goku has this ongoing competitive edge between them. As much as a troupe that is universal within Asian television series, the fault of their forefathers and exacting revenge by having their son resolving those faults, it does play out beautifully in the movie.

It turns out that Vegeta, Goku, and Broly had a shared tragedy in terms of losing their home Planet Vegeta who was destroyed by Frieza. As a result of that, they lost their fathers except for Broly’s father, Paragus who blind sighted by revenge due to King Vegeta’s exile of his son.

It is evident in the film that Broly is a gentle giant who wants nothing more to impress his father in destroying Vegeta (although, it wasn’t entirely his fault for exiling Broly). Although, there was a touching moment between Broly and the two bounty hunters who discovered that his only friend was actually a monster who lived on the exiled planet, suggesting that he is not the killing machine that everyone thought he was. In a sense, it is of telling as it provides a social commentary about the hierarchal relationship between the son and father within the Asian culture.

The film is appropriately modernized in terms of its animations. At the peak of the movie, a fight took place between Broly, Goku and Vegeta go head to head and with each fire flamed level up, the colours were vibrant and fluid, instead of being grainy and blurred.

The world of Dragon Ball Z came full circle this time around; from the faults of the main characters of forefathers to the infighting between their sons, it makes for a very compelling story. With their ever-expanding histories between the characters, your friendly testosterone filled Super Saiyans zipping around in fired flame energy is still here to here and a new generation comes to appreciate these heroes.