The Verdict On Five Feet Apart: Is It Worth Your Time And Money?? 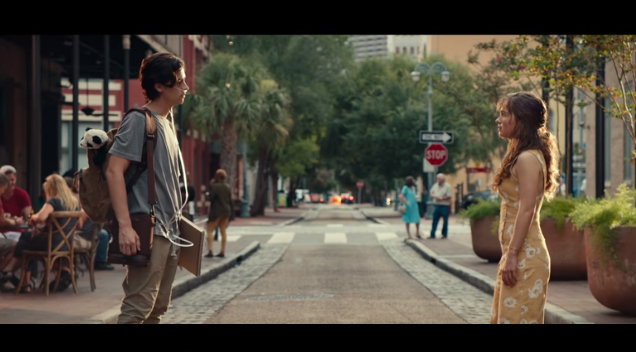 I expected to be moved by Baldoni’s drama, Five Feet Apart. However, I wasn’t prepared for the deluge of tears that fell from my eyes.

Five Feet Apart is a romantic, light-hearted comedy film that follows the journey of a cystic fibrosis (CF) patient “Stella Grant” (Haley Lu Richardson). Richardson is known for her past roles as Claire Benoit in Split and as Krista in The Edge of Seventeen.

Stella uses an online media platform to open up about her life as a CF patient. She shares the rollercoaster of daily tasks that she has to undergo, her day to day routines and also how to live as ordinarily as she can, despite her illness. Stella has become resilient throughout the obstacles that she has had to face and through it all, she maintains a brave face.

Everything is calm and collective in Stella’s life … well, until a charming young man moves a couple of doors down in the cystic fibrosis ward.

Cole Sprouse, who is famously known for his current role as Jughead Jones in Riverdale, plays the role of Stella’s love interest, “Will Newman”. Will is also a young patient who sorrowfully suffers from cystic fibrosis; however, he has been transferred to Stella’s residential hospital for a medical drug trial. The medical professionals who are in charge of Will’s treatments, aim to destroy the rapid growing bacteria which are currently inhabiting within his lungs.

Poe (Moises Arias), Stella’s best friend and also another CF patient within the ward, declares cheekily that there is a spark between Stella and Will, and that is where the twist reveals.

Cystic fibrosis is an incurable disease that is genetically inherited. A spokesperson from Cystic Fibrosis Australia states that: “People with CF are not encouraged to socialize with each other. The risk of cross-infection and exacerbation of lung conditions is too great. That means CF can be a lonely existence.”

The phrase ‘opposites attract’ seems to be a popular theme within teen romances and this little love story is not at all different. Will is the careless rebel, whereas Stella is a ball of organized positivity. Will’s lack of ‘following the rules’ begins to drive Stella absolutely crazy and this leads to a deal between the two – Will listens to Stella’s set hospital and health rules and in return, Will is allowed to have the opportunity to sketch Stella.

As the pair begin to love deeply, Stella and Will take the audience on an emotional journey of struggle, pain and the excitement that young love can bring to one’s life.

Five Feet Apart explores the struggles that real life cystic fibrosis patients endure every single day and the hardships of not be able to reach out to anyone with the same deadly disease. It was saddening to see the lonely reality that the terminal disease of cystic fibrosis can have towards a patient’s life. Yet, despite the sorrow, it was heartwarming to have a glimpse of the positive impact that the medical professionals and nurses have on their patients. It was truly the silver lining throughout the melancholy.