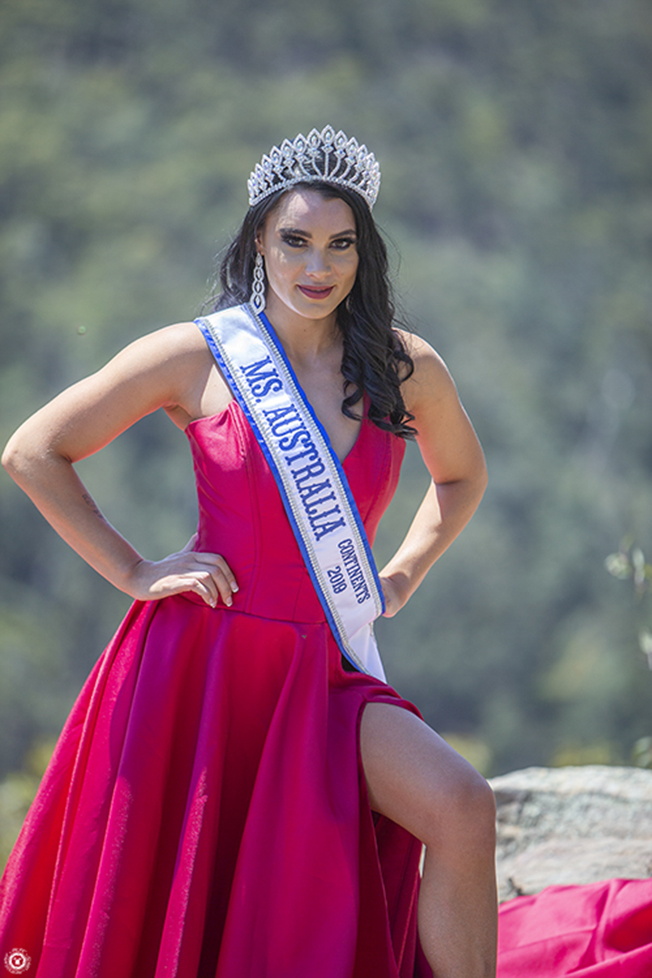 With degrees in acrobatic fitness and hairdressing, twenty-six-year-old Claire Anne Kelly may have a resume more suited for a contestant’s stylist. Instead, she is a new face in the pageant world. She entered her first competition in 2018, Future Faces of Sydney. Prior to 2018, Claire was a photographer for contestants. In 2017 while working Modelling Shootout she was introduced to Jasmine Farlow who would become a mentor to her. Through hard work, coaching and many hours of practice she earned her first title, Grans Supreme, in the Future Faces Pageant.

Claire is supported by her brother and daughter. A quote her brother once gave her, “just because something hasn’t been done before, it doesn’t mean it’s not possible,” has served as a mantra for her current career. The pageant life can be grueling with hours of practice and constant travel. Despite the toll this takes on her, she remembers her brothers’ words and is encouraged to push through. Claire appreciates that she can bring her young daughter, Indi, along to competitions. She recalls the shock and joy she experienced the first time Indi came to a Future Faces Pageant. As Claire performed on stage, her daughter stood in the crowd proudly following along count per count. This sentimental moment showed how much her daughter supported and admired her. Even though her daughter is only 5 years old, she gives her mother a purpose. It is the desire to show her how hard work and kind heart can greatly advance one’s life that drives her to give her all to competitions.

Through Claire’s pageant career, she has been able to meet many influential persons. Future Faces director, Kim Chancellor has become somewhat of a superwoman for Claire. Her aura and support have provided the environment for the pageant she directs. Her mentor Jasmine Farlow continues to be a support and an inspiration as she continues to grow in the pageant world. Ava Da Silva is sunshine personified and gives her energy each time their paths cross. 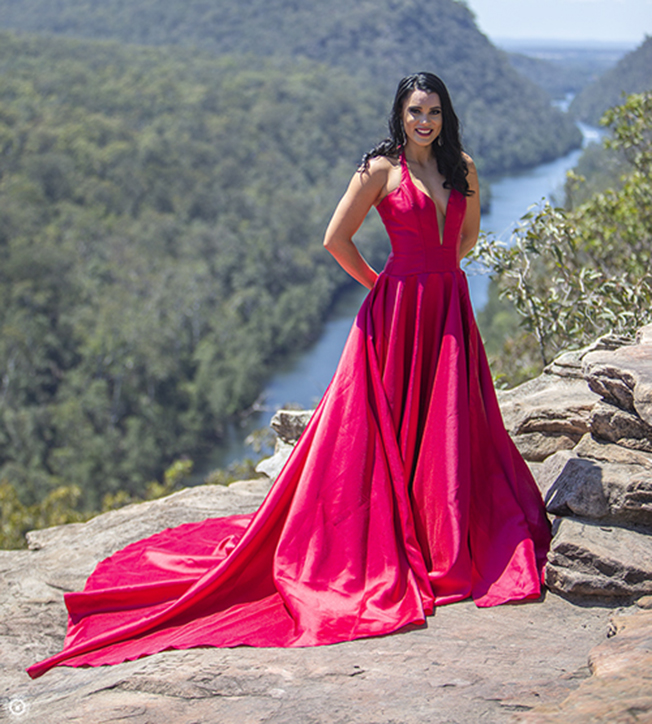 Competitive life has taught Claire many lessons. Prior to her entry into pageants, Ms. Kelly felt as though she was not able to be her true self. Her authentic voice was released as she came across strong women such as Jasmine Farlow. There was no need to be afraid of losing people by being her true self. She learned to accept and love the person she is today.

In her free time, she continues to pursue her love of acrobatics. She also enjoys cooking, dancing, reading, and meditation. Pageantry has allowed her to impact her community through charity work. This allows her to remain grounded and expose the public to the more attractive aspects of pageantry. She acknowledges that a stigma exists that pageants are solely based on outward beauty standards. In her future career, Claire would like to use her position to recruit more country and regional contestants into the industry. She would like her platform to enable these girls to be elevated to positions of success as well teach them through her experiences. Ultimately, Claire would like to create a book that chronicles all her pageant travels and experiences