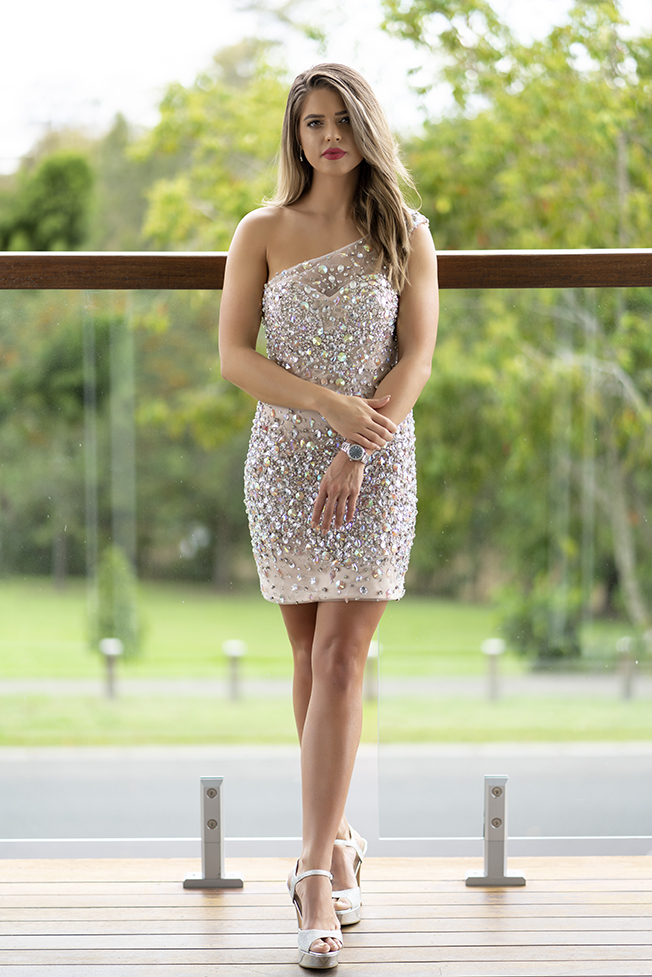 Although for many beauty queens it is a matter of them suddenly being ‘discovered’ by some promoter or other, in the case of Ashley Anna Carbyn, her discovery was of her own making by applying for many different modeling opportunities and working hard to obtain them.

Ashley started modeling when she was still at school aged 15 when she would model swimwear. These were just minor modeling assignments for various swimwear brands but she endured and finally, at the age of 21 she got her first significant break when she appeared on the cover of the Fernwood fitness magazine. Always interested in fitness, Ashley concentrated on modeling for fitness related shoots but as time moved on she found an interest in fashion modeling and was able to move her modeling focus more towards that.

Before entering for the Miss Multiverse Competition, Ashley had relentlessly applied for numerous modeling opportunities with limited success mainly with local fashion designers, partaking in shoots for their websites. Being convinced that winning a competition could change her life for the better, Ashley trained hard for it. She would practice in front of a camera all the time and her full-time profession of being a personal trainer and health coach helped her in her quest. 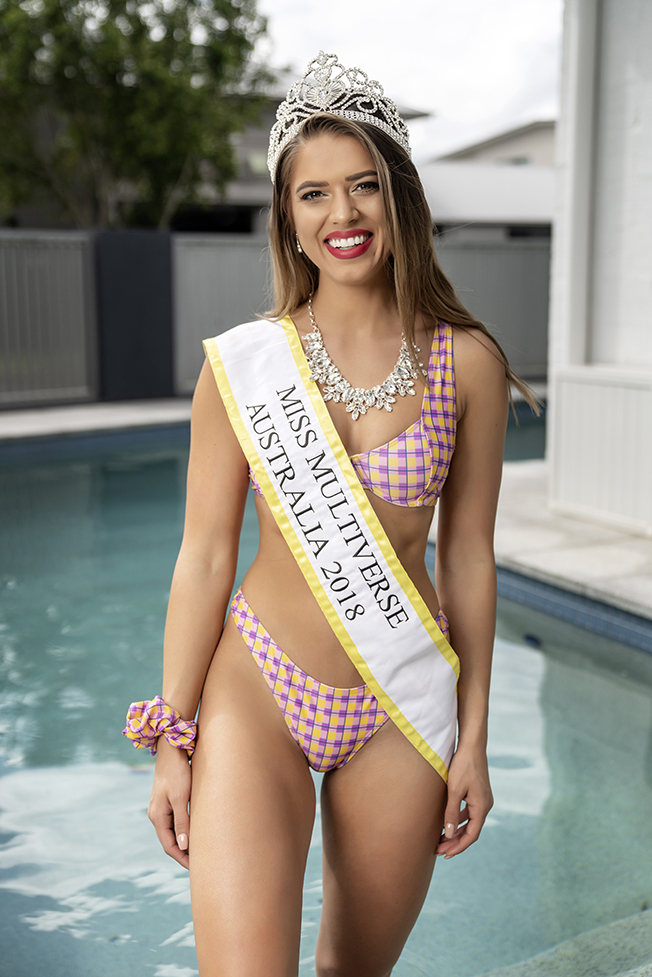 Even with her fitness background as a personal trainer, Ashley still found that the physical aspects of the competition were challenging especially when competitors were faced with a boot camp segment which was specifically designed to take each competitor to their limit. Despite suffering from a chest infection Ashley persevered and her self-motivation was able to see her complete this and all the other aspects but today she acknowledges the process was not easy.

Despite the challenges she faced during the competition, Ashley was able to remain focused and appreciate other contestants for their own qualities. It was this revelation which taught Ashley that she could not hope to anticipate the judges decisions as clearly each contestant possessed their own beauty in their own ways and as is often said, ’beauty is in the eye of the beholder’, she realized that the judges would have their own individual views on what they considered beauty. 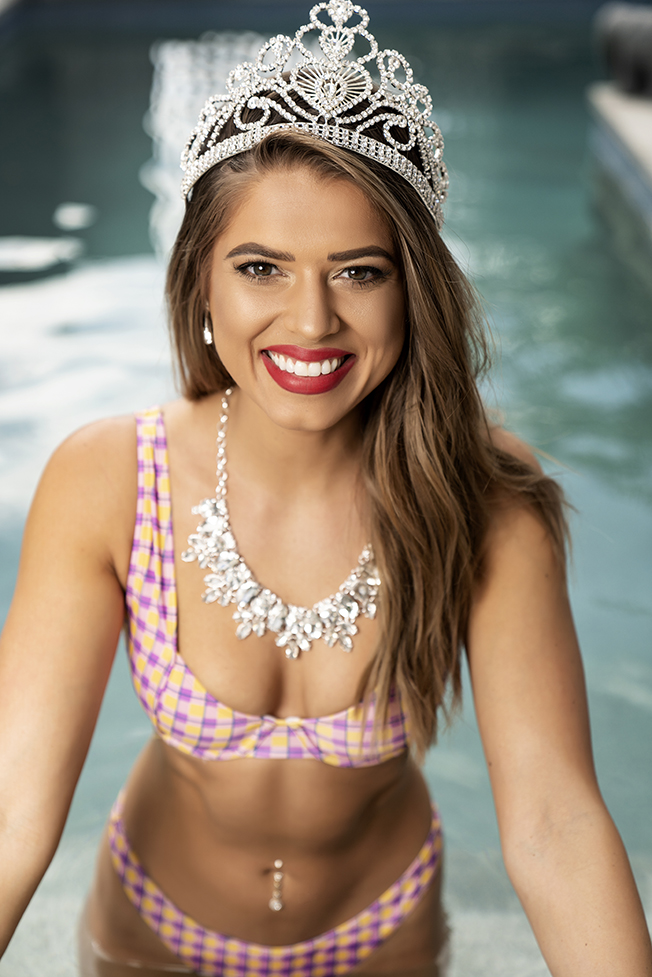 Born in Canada but now residing in Australia, as Miss Multiverse 2018, Ashley has become a role model for many young women and whilst some may consider beauty competitions as perhaps inappropriate as they focus on the outer beauty of women and not their inner beauty, Ashley says that although many girls may have problems with their moral values and entering a competition like Miss Multiverse, they can remain true to themselves and voice any concerns they may have, she herself often had to look inwards but had the self-fortitude to continue on to success.

Ashley’s success has not changed her life too much yet as she continues working with her personal trainer and health coach business but she is hoping that she may yet be ‘discovered’ and be able to pursue her desire to become an actress. 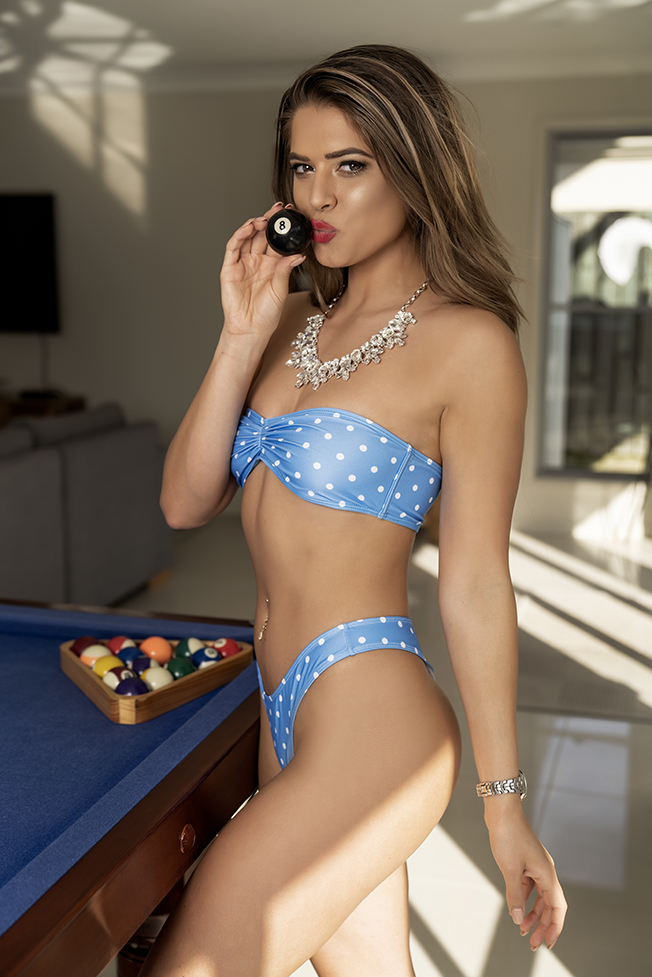