The Verdict On Pet Semetary: Is It Worth Your Time And Money?? 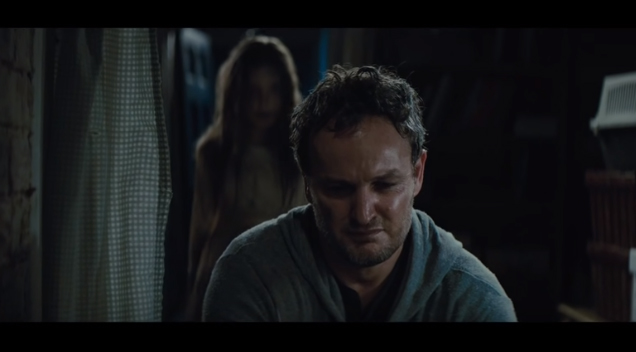 Turning works of acclaimed horror writer Stephen King into major motion pictures is certainly nothing new; nearly every book he’s ever written has turned into a movie, TV series or remade. In 1989, one of King’s darkest and bleakest stories was put to film, now in 2019 (thanks to the success of remaking IT) that story is coming back with new twists, new turns, and new terrors to mortify a new generation with the 2019 incarnation of “Pet Semetary.” While not having read the original story, I did see the original film so this is one of the few times I can actually compare and say which film told the story better and how this new one measures up.

Louis Creed (Jason Clarke) and his wife Rachel (Amy Seimetz) move to a rural home with their two children, Elle and Gage. They plan to start a new life there away from their problems but things become distressing when their pet cat, Church, is hit by a truck and killed. The Creed’s neighbor, Judd Cranley (John Lithgow) offers Louis another way to spare the pain by taking him to a ritualistic burial ground where animals that are buried there come back to life. After tragedy strikes again, Louis discovers why humans were never supposed to be buried there and now struggles to put the dead back in the ground before they take the rest of his family.

Creepy animals and killer kids are clichés of horror past and hardly amount to much these days in the fear factor. The original “Pet Semetary” relied on those tropes heavily. This new film, however, uses a chilling mix of intense shock gore and cerebral terror to create a more unsettling and disturbingly dark film than relying solely on jump scares (albeit this film does have a few). This new take mixes things up by making several changes to the original material. Normally, this would rattle most die-hard fans, but in this case, the changes help the story feel fresh and shocking while keeping things still along the right path the story is meant to follow.

This movie is extraordinarily atmospheric. So much dread and fear are built up by the imagery, costumes, and music that it ends up being creepier than any undead cat or scare this movie can cough up. That’s not to say the movie’s monsters fail, far from it. The cat is highly unsettling and he does so much by just staring and staring, far better than the original film’s chosen feline. I applaud the creative choices made with changing the plot around a bit, it gave me plenty of chilling surprises and it kept me guessing on where things would go next. While the original packs a stronger emotional punch, this film feels more consistently like a horror movie.

John Lithgow is the best part of this film, by far. His portrayal of Judd even surpasses Fred Gwynne from the original, and that’s saying something because he was amazing! Lithgow gives Judd more emotional resonance with the cast and his conviction for his reasons for his decisions comes off as realistic and heartfelt. The child actors were incredibly impressive, especially when it came time to show the darker side. I loved seeing Seimetz as Rachel, her chemistry with Clarke felt so natural and her role felt more inclusive and involved than before and I really enjoyed her role expand.

Speaking of Clarke, he’s, unfortunately, one of the films weakest areas. He flip flops between being perfectly on point to just missing it entirely. Clarke can be raw and emotionally charged, but other times, he fails to keep that charge going and it comes off as unevenly paced. Another distracting issue is that the “undead child” is more vocal than in the original and while it helps drive a lot of the film’s more psychologically intense moments home, it makes the “monster” less scary and kind of upsets the intense vibe the film had before. I think it’s a change that diminished the fear factor a bit and I feel a more silent, subtle approach like with the original film would have been more effective.

Overall, “Pet Semetary” doesn’t surpass the new “IT” in terms of quality but it definitely stands well enough on its own undead feet to be noticed and enjoyed. It’s a suspenseful, mentally intense horror film that causes chills and thrills in many different areas and ways. The cast is excellent, the new additions and changes work surprisingly well and it keeps the movie fresh. Few problems here and there keep it from becoming a must own but it’s still worth a watch and a welcomed addition to King’s ever-growing library of book-adapted movies.