The Verdict On Us: Is It Worth Your Time And Money? 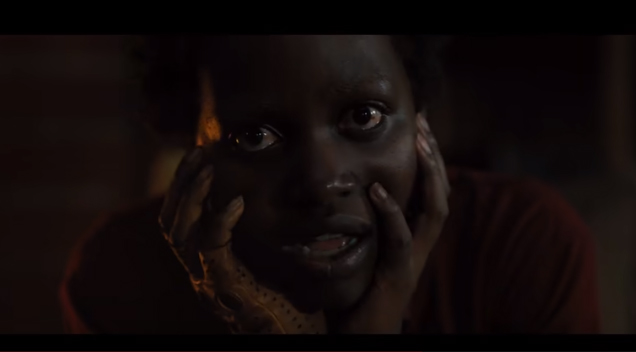 When it comes to surprises, few hit me as hard as the discovery of Jordan Peele (of the comedy duo “Key and Peele”) turning out to be a master horror storyteller, writer, and director. With his breakout hit “Get Out” and his revival of “The Twilight Zone” on CBS, Peele Is proving he can be just as twisted and darkly sophisticated as he can be funny. Naturally, his next film had a lot to live up to after the release of “Get Out,” and with a lot of mystery surrounding his next film; it only made fans all the more interested and eager to see if he could duplicate that darkness twice. Thus, he released his second film; a doppelganger nightmare simply titled “Us.”

The Wilson family takes a trip out to Santa Cruz, California with some friends in order to relax, have a good time and leave their troubles behind. Unfortunately, trouble seems to have followed the Wilson family as 4 figures in red robes and carrying gold scissors have invaded their home and have sinister plans for them. Turns out the figures are perfect physical duplicates for the Wilson family. Now they must fight to survive against their doppelgangers and struggle against the unimaginable horrors that await them throughout this murderous, dark night.

Serial killer films are a dime a dozen, so if you’re going to have homicidal maniacs after people then you need to have some kind of twist to make it feel unique and “Us” sure knows how to make things feel unique. “Us” is a strange story that focuses more on our fear of identities being lost as we grow older rather than fearing the crazed figures coming after everyone. This is a slasher flick with a message more so than a body count, and while it racks up the blood and violence levels pretty high, “Us” asks its audience what it means to be who they are and question what it means to be Americans, to be a good person or even a decent human being.

The actors perform brilliantly with double duties as the main characters and as their evil copies. The “Tethered” as they are called; utilize chilling body movements that enhance their inhuman natures more vividly and their screechy, creepy voices make every syllable sound terrifying no matter what is being said. Lupita Nyong’o needs far more credit than she deserves because her work here is a prime example of what kind of range and power she can put into her roles. She displays such fear and strength as Adelaide, and then such macabre fear and terror as Red; especially with her dead smile and wide eyes. All the actors, especially the children though, know how to be impactful without saying much and relying solely on impressive bodywork.

The music and imagery here truly exemplify what it means to be artistic. It has a grand, unknown insanity to it that makes us feel like were border lining the gates of Hell along with the characters but never enough to feel completely absurd. Speaking of absurd, the one primary problem “Us” suffers from is the one problem most people complain about having too much of: exposition. The core concept behind “Us” is a fascinating one but it is ultimately poorly explained and while some horror movies benefit from leaving things to your imagination, this film not only could have benefitted from more explanations but it downright needed it considering the scope and soul of the story.

The movie relies solely on message and nothing else; to apply logic or reasonable questioning makes the movie fall apart and unless a sequel or prequel comes out, there is a lot that just doesn’t add up. I dislike narratives that rely on surrealism and moral messages to excuse inconsistent world building and while the film’s ending certainly provides some meaningful questions made to be unanswered, majority of its questions shouldn’t be left dangling like this.

Overall, “Us” is a masterful work of horror art and weaves brilliant imagery, music and acting into a unique story that barely suffers to the whims of clichés and scares. But there are still lots of chunks missing that should have been filled in, or at least explained to some degree; definitely worth a watch if not at the very least to get your mind pumping and thinking.