The Verdict On Avengers: Endgame: Is It Worth Your Time And Money?? 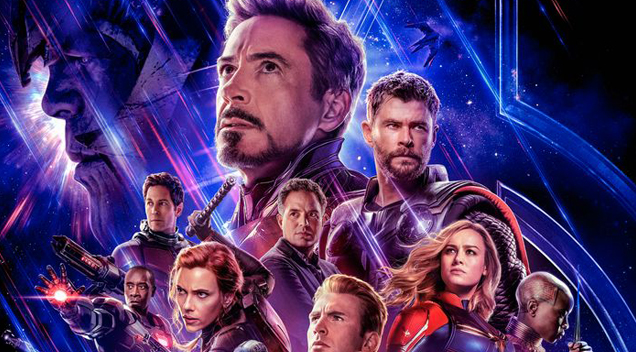 Marvel has created something truly unlike any other film franchise history: a long-running story spanning 22 films; all heading towards an epic conclusion so grand and so epic, it literally broke the internet when people tried to buy tickets for it. Everyone thought that “Infinity War” was the fansplosion fest of superhero grandiosity that Marvel had been working towards since 2008’s original “Iron Man” film. Clocking in at 3 hours and jam-packing even MORE stars and heroes from the Marvel universe, I know now that “Infinity War” was nothing compared to the impacting legacy that “Endgame” would leave on the movie industry for generations to come.

After the devastating decimation Thanos (Josh Brolin) wreaked with the infinity stones, the remaining heroes Iron Man (Robert Downey Jr.), Captain America (Chris Evans), Black Widow (Scarlett Johansson), Bruce Banner/The Hulk (Mark Ruffalo), Thor (Chris Hemsworth) as well as newcomers like Captain Marvel (Brie Larson) band together to make one last-ditch effort to undo the catastrophic damage Thanos caused. Now the heroes must restore order to the universe and change the outcome of their final battle in preparation for their grandest and (quite possibly) their final adventure as Earth’s mightiest heroes.

If “Infinity War” was all about collaboration and epic crossover battle sequences, “Endgame” is about raw, brutal pain and moving on to the end of the journey and accepting what comes after. So much of this film is just the likes of Iron Man, Captain America, Ant-man (Paul Rudd) Rocket Raccoon (Bradley Cooper) dealing with loss and finding a way to pull their lives back together in more ways than one. Characters are brought together in excruciatingly painful ways and brought to the brink through the pain of loss and it is mirrored beautifully by each and every actor involved. Even when humor pops up expectedly, the story never forgets its heartfelt roots and why we are here and what we are all expecting: the end.

Josh Brolin once again delivers the goods with one of film’s greatest villains ever; showing new sides of humanity, savagery, and danger that manages to escalate the stakes even FURTHER than what “Infinity War” set. To say anything else about the main cast or the remaining characters that appear would be giving away spoilers and this movie is loaded with so many spoilers, studios and rioting fans are doing everything in their power to keep these spoilers top secret. There is so much going on, so much grandness and magnitude to the battles, the characters, the growth; I wouldn’t even know where to begin if I did tell you what happened.

I will say Jeremy Renner finally gets a story worthy of Hawkeye to really show what an intense character he is, the first 5 minutes alone demonstrates that perfectly. With so much to say and too much I cannot say, it’s hard to sum this all up in a way that does this masterpiece of a movie true justice. The best way I can put it is like looking into epic trilogies like “Star Wars”, “Lord of the Rings” and “Toy Story”; everything is completed, resolved and wrapped up in a bow that truly and passionately brings all the events, characters and plot points of Marvel’s past 21 moves into one succinct, supreme and sensational sendoff that truly does complete the journey.

Overall, “Avengers; Endgame” is the standard for every superhero movie to follow. No cinematic franchise has or will ever accomplish such a finale as phenomenal as this. The cast is perfection, the emotion is all consuming and the result is like I said before: a masterpiece. From “Iron Man” to “Guardians of the Galaxy,” to “Black Panther” and “Captain Marvel,” this is the story to end all stories, all characters and still leave room for the future without feeling that this loses any of its emotional punches or weight.