The Verdict On Detective Pikachu: Is It Worth Your Time And Money?? 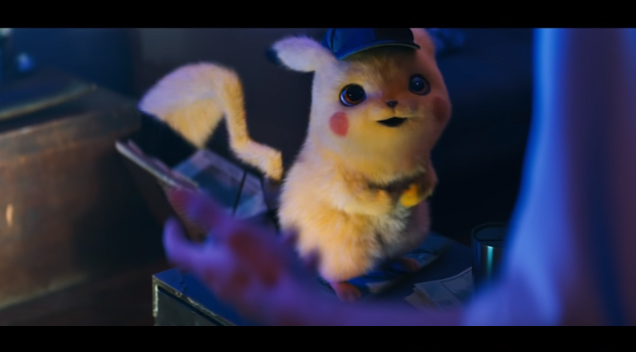 “Pokémon” needs no introduction. Ever since the games and anime exploded into US culture in the late ’90s, it’s become a phenomenon that refuses to die and continues to expand year after year with more games, more anime, more toys and now; its own live action movie. While the idea of a live action Pokemon movie is nothing new, no one knew how to launch the property in a way that would appeal to mass audiences without needing to be mega fans prior to seeing it. “Pokemon: Detective Pikachu” is a bizarre, whimsical enough launch point that just might be so silly and so weird that it just might work the way everyone is hoping it can.

Tim Goodman (Justice Smith) learns that his father has gone missing and is presumed dead. While looking through his apartment, he comes across Detective Pikachu (Ryan Reynolds), a smart-mouthed, coffee addicted nuisance who is suffering from amnesia and is somehow able to speak clearly to Tim and no one else. The two become an unlikely pair; set out to investigate the harmonious Ryme city, where Pokemon and humans co-exist peacefully and uncover the truth behind Tim’s father, Pikachu’s memories and a dark secret that threatens Pokemon and humans alike if not stopped.

Capitalizing on the success and popularity of Ryan Reynolds thanks to his work as “Deadpool,” this approach to a live-action Pokemon movie manages to strike all the right chords needed to deliver just what I was hoping it’d be: a damn good time. This movie is here to have fun and bring you along with the ride; never getting too dark, too serious or too silly to lose its way. The Pokemon themselves are brought to adorable, vivid colorful life through beautifully rendered digital effects that give the creatures distinct personalities and powers that are spectacles for all ages to enjoy and appreciate. That’s another great thing about this film’s story approach; it’s an easy introduction to new fans about what the Pokemon universe feels like.

We learn how the world works, how battles operate, the Pokeball system; all by brilliantly having the Pokemon live side by side with humans in a modern “Roger Rabbit” kind of approach. Justice Smith is perfectly paired with Reynolds snarky wit and witty one-liners. After his cliché nerd character in “Jurassic World: Fallen Kingdom,” I wasn’t sure if Smith had the strength to carry this film but he sure proved me wrong. He’s funny, likable, and enthusiastically reactive; plus he feels like a self-insert character audience can easily resonate with which again is attributed to his comedic skill and energy.

I adored his budding relationship with Kathryn Newton’s character, but most of all, I loved his chemistry with Pikachu/Reynolds. His sharp wit is family friendlier but still razor sharp and dead on with his comedic chemistry with Justice Smith. It’s a great introduction to a loveable character because it allows him something more so say than “Pika, pika” and emphasizes the importance of partnership; rather than rehashing the need for battling that was oxymoronically handled in Pokémon’s first cinematic outing with “Pokémon: the first movie.” Both human and Pokémon characters play off each other greatly and evenly and it helps make the world feel more natural.

There was also a great deal of genuinely surprising twists, far more expertly crafted than I was expecting in a film aimed at younger audiences. If I had to pry at any cracks in this film’s adorably fuzzy armor, it would be the slight underutilization of its higher named supporting actors; Bill Nighy and Ken Watanabe. They serve their roles well and don’t feel like their half-assing anything, I just felt they weren’t used to their best abilities and spend too much time in their Pokémon partner’s shadows.

Overall, “Detective Pikachu” is a weirdly genius launch for such an epic and lovable franchise being brought onto the big screen. The characters and actors are perfect fits (if a bit underused), the effects are amazing, the story is definitely above average and overall; it’s just a fun time with a fun movie that knows how to really deliver what it’s offering.