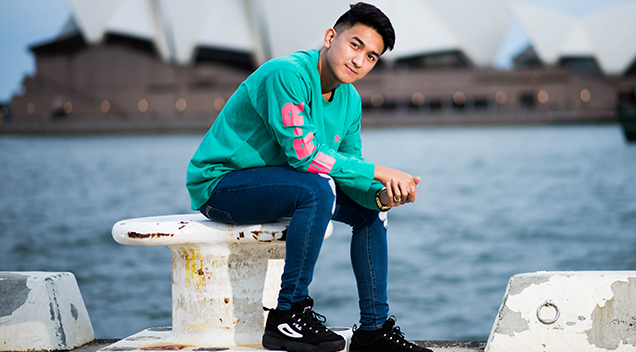 ‘Bagani’ star Makisig Morales has definitely come a long way ever since he became famous for playing Super Inggo when he was just five years old.

While many people might assume that Makisig’s first television appearance was on Little Big Shots, this isn’t entirely true. Makisig and his sister Mayumi made their first ever television debut on Duet Bulilit, a singing competition held during a midday variety show that aired on ABS-CBN. From there they competed on a variety of other singing competitions before ending up on Little Big Star where he eventually had his big break. In 2006 he ended up playing the lead role in the International Emmy-nominated fantaserye, Super Inggo at just 10 years old and in 2007 he became one of the co-hosts of the next series of Little Big Star together with Sarah Geronimo.

Unlike a number of young singers who have buckled under the constant pressure of the entertainment industry, Makisig has steered clear of any major trouble. This is due to his humble nature which he got from his parents who have made him everything that he is today. He also regularly prays to God, asking for guidance before doing something or meeting someone new. The music industry and show business have also imparted some wisdom onto him, teaching the values of patience and time management.

While Makisig has had a very successful career in showbiz, he still has many plans for his future. His future plans include getting a stable job and investing further. He wants to get married so he can place an even higher value on his relationships. He also wants to build or buy a house. Finally, while he has never been to Boracay, he would love to visit it at some point in the future.