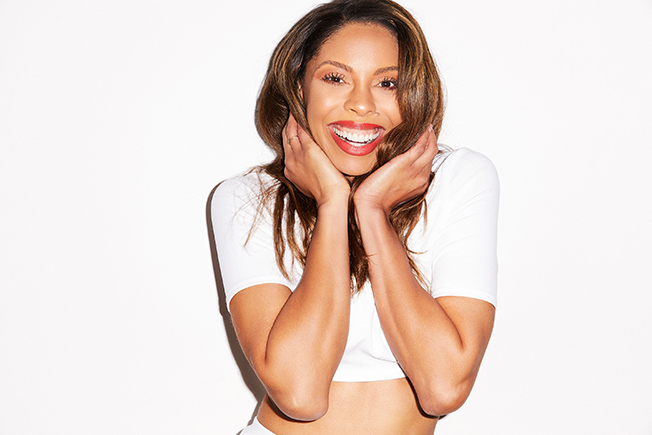 Multi-faceted actress, writer, social activist and entrepreneur, Ciera Payton is the most electric talent to storm into Hollywood and will soon return to the big screen as ‘Sylvia’ opposite Tyler Perry in the highly anticipated eleventh installment of the MADEA/Lionsgate movie franchise, A MADEA FAMILY FUNERAL, helmed by Tyler Perry, and currently in theaters nationwide. The film centers around a joyous family reunion that turns into an unexpected nightmare when ‘Madea’ (Tyler Perry) and the gang find themselves planning a funeral in the backwoods of Georgia.

Born in Hattiesburg, Mississippi and raised in the vibrant city of New Orleans, Ciera was surrounded by creativity in all forms – from street performers blowing their horns to muralists transforming the city’s landscape to every cook’s special recipe for gumbo. This dynamic environment fed her passion to become a successful working actress. After Hurricane Katrina, Ciera and her family relocated to North Carolina where she graduated with a B.F.A. from the prestigious North Carolina School of the Arts. While still enrolled in school, Ciera landed the female lead role opposite Steven Seagal in the action-thriller, FLIGHT OF FURY. Since her breakout role, she has shared screen time with many A-list stars including Viola Davis, Nicholas Cage, Kevin Hart, and Josh Brolin. Past credits include USA Network’s “Graceland,” CBS’ “Bad Teacher”, Spike Lee’s OLDBOY, and “First,” a new web series acquired by the Issa Rae Network. She also recently performed her one-woman show, Michael’s Daughter as part of the Los Angeles Women’s Theater Festival. The piece details her compelling journey from growing up in New Orleans to her present success in Los Angeles through a series of letters with her incarcerated father, Michael.

While dedicated to her acting career, Ciera also manages to find time to engage with her local community. Her dedication to arts education in underserved communities led her to create the Michael’s Daughter Project, an annual theater and media arts summer camp for youth in Panorama City. Ciera teaches and empowers the youth to share their stories through creative writing, theater performance and short film production. In addition to her creative endeavors, Ciera is the owner of Sincerely Cosmetics, an all-natural mineral-based cosmetic company which caters to health-conscious women who have sensitive skin. In the little free time she has, Ciera enjoys sewing, painting, cooking and most importantly: dancing! She continues to have an unwavering commitment to always be her best, challenge the limits of everything she does, while always remaining true to her creative motivations.

We recently caught up with Ciera courtesy of the Anderson Group and here’s what went down:

I would like to think of my first acting gig as my moment of being discovered. That was when I booked the role of CIA undercover agent Jessica in Flight of Fury. I was working as a hostess at a pasta restaurant in New Orleans. There was an agent named Lee who came in all the time. She kept telling me to reach out to her when I was ready to get into the industry. I had given her my information in hopes that something would come about that I was right for. Well, fast forward to Mardi Gras 2006, a few months post-hurricane Katrina, Lee calls me with an audition for a Steven Seagal movie. I just so happened to be in New Orleans at that time and ended up attending the audition. I booked the role and filmed in Romania. It was an amazing experience, one that I learned and grew so much from.

I love showing the emotional parts of myself that I don’t normally get to in my everyday life. Acting is something spiritual for me: breathing life into a character, giving them my perspective and gaining new ones for myself. I love it; it’s delicious. 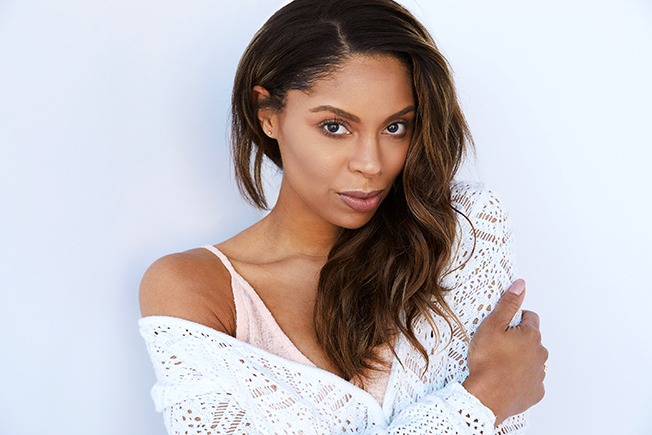 Can you tell us about your role in A Madea Family Funeral?

I play Sylvia, the big sister. I am the peacemaker and the one who keeps the family together. I retain my integrity and dignity through all of the craziness.

I think everyone will love her. She’s grounded and she fights for her family to stay together.

She’s very much like me. I like to keep things grounded and stay in joy as much as possible. I try not to allow myself to focus on things that don’t serve my emotional health. If my vibration is out of wack, I find the best way to fix it quickly. Sylvia does the same all the time.

Finding more dimensions to my character is always the challenge for any role I play. Sometimes my old habits kick in, such as only playing what’s written or only saying the lines. I desire to really step in and sink my teeth into any role. I want to totally transform into the characters I play and sometimes my imagination only takes me so far. Seeking, going deeper into the script, and my imagination can sometimes be the biggest challenge for me.

I can’t see any other celebrity taking it on and I say that humbly.

Besides yourself, which actor in this movie is going to blow people away?

Tyler Perry, because he’s so funny and keeps the audience laughing and engaged!

If you could play any other character in this movie, who would it be?

Madea, of course! She’s just too fun! And she gets me. 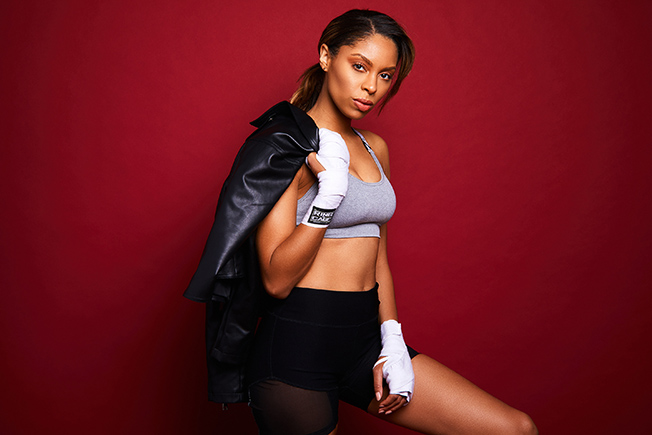 Madea Family Funeral for sure. I had so much fun working on that film. Tyler Perry was great to work with and be led by. The whole cast and crew were like family. I just loved it. Every minute of it.

Dr. Maya Angelou. I met her while I was in college and got to take her poetry class. She was the true epitome of Mother Earth.

What sort of marketing do you do to make your image and brand more appealing to the audience?

I mainly use my website, social media, and educational outreach. I’m an educator and I work with youth. They know what I do as an actor and are always promoting me and supporting my work. I try to inspire them to go for their dreams no matter what and hope that I’m being a good example of that in all that I do.

I’m on social media weekly. I’ve had to train myself to pull back a little because as we all know, social media can be a bit addicting. So I try to check in a few times a week and only post things that spark joy and have meaning for or from me.

I’m guessing you’ve been in the entertainment industry for a few years now, what has been the most valuable lesson you’ve learned. This can be about the industry or about yourself. Or both!

I’ve learned to keep going! What’s for you is for you; your opportunity has your name on it. Seek to discover and find out who you are. Work on yourself constantly. All of these things I’ve learned and they’ve helped to shape my path along this journey.

I don’t think this industry is solely based on the external. I feel we are drawn to actors and characters because we see parts of ourselves in them. As long as I honor my light within and do my best to tell the story, it will reflect on the outside. Knowing that will always keep me grounded.

I plan to be an unstoppable force who raises the frequency of any space I enter. I intend to take on roles and be a part of projects that promote healing, goodness, strength, power, and joy. I want to be known as one of the greatest icons and artists this world has ever seen.