The Verdict On “Aladdin:” Is It Worth Your Time And Money?? 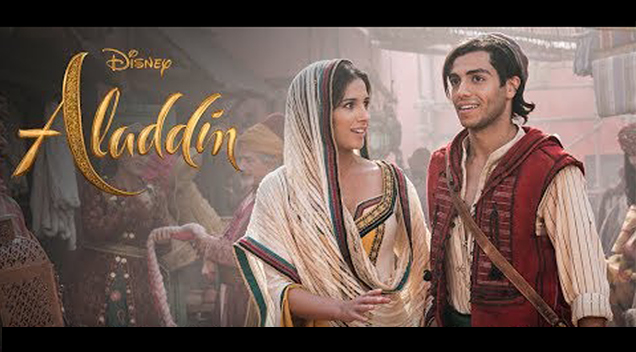 With Disney remaking pretty much the entirety of their animation vault, it was only a matter of time before they started hitting some of my all-time favorites. I got “Lion King” coming this summer and a long been gestating controversial adaptation that came out this spring, and here I am; once again hopeful that THIS will be the animated live-action adaptation that will surpass the original…or at the very least be on par with it. “Aladdin” is one of those films that work beautifully on animation but tricky and potentially disastrous on live action if you don’t get the right parts and the right past to fit the image respectfully while also still being innovative.

“Aladdin” (as hopefully, everyone should know by now) follows a young street urchin of the same name (Mena Massoud); living and stealing for scraps on the streets of Agrabah and dreams of one day living in the palace with royalty like the Sultan and Princess Jasmine (Naomi Scott). He comes across the devious royal vizier Jafar (Marwan Kenzari) who offers him a generous reward if he brings him a magical lamp with a genie inside (Will Smith) that grants the user any 3 wishes he desires. Once the lamp is retrieved both vie for the lamp’s magical powers and an epic adventure begins that will change the life of the urchin, the princess, and the vizier.

Right from the very beginning of the film, I sensed there was something different but more importantly; something that felt wrong and rather…rushed. “Aladdin” relies too heavily on nostalgia than any other live-action Disney film before it, so much so it skips several scenes developing Aladdin, Jafar, Jasmine, and the Sultan and just sort of bum rushes into getting Aladdin on the path to finding the lamp and skipping over some important defining character traits. While there are a few fun and interesting additions here and there, like briefly exploring Jafar’s backstory and introducing a new hand servant character played by Nasim Pedrad, things don’t really pick up until we meet our new Will Smith edition genie of the lamp.

Originally being one of the biggest areas of concern for people, Will Smith’s take on the Genie from the late legendary comedy genius Robin Williams turned out to be the best part of the entire film. Smith blends in some of his own style and charm but also manages to respectfully combine several aspects of Williams take on the character simultaneously. The idea to make him “buff” as he is was a bit strange developmentally wise, but character-wise, this Genie gets LOTS more chances to explore his personality and his relationship with Pedrad is one of the best highlights throughout the film.

The rest of the cast looks great; they feel like they walked off the cartoon’s pages and right into 3D, fully fleshed life. They never really go much past their authentic looks, however; they mostly breeze through the same parts here and there, while downplaying other important elements of their roles or outright ignoring them entirely. Jafar was severely watered down from his cartoon counterpart and even towards the end when he obtains his powers, he comes off as so underwhelming that it made me want to go home and watch the animated original right away. And while I always loved Alan Tudyk’s work, Iago just isn’t the same at all without Gilbert Gottfried.

The one thing this incarnation has a leg up over on the original is the musical numbers. The sheer scope and size of these elaborate, grandiosely recreated musical sequences look even better in real life and bring new dimensions of color and energy to them. The musical sequence for “Prince Ali” is by far the best and my personal favorite and Massoud does a brilliant retelling of Aladdin’s introduction song “One Jump.” Overall, “Aladdin” looks beautiful, looks appropriate and accurate with its cast but alas, just like “Cinderella”, “Beauty and the Beast” and “Dumbo”; it just doesn’t offer enough new material to make this film matter or feel memorable, not like the animated originals do.