The Verdict On Godzilla: King of the Monsters: Is It Worth Your Time And Money?? 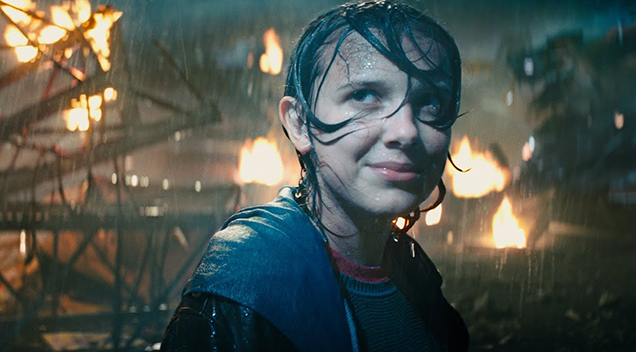 I’m a big Godzilla fan, not as big as I once was but still big enough that I give a damn how the Monster King is treated on the big screen (especially in America) and the last several Godzilla films that have been made (Godzilla 2014), (Shin Godzilla) (Netflix’s Godzilla: Planet of monsters trilogy) have teased great potential but never been able to execute it. Gareth Edwards 2014 take on “Godzilla” was the first time American audiences saw a US remake of Godzilla that was actually good. However, Edwards embarrassingly kept Godzilla off-screen or out of the frame for the majority of the film. Now with “Krampus” director Michael Doughtery stepping in the director’s chair, I’m hoping this will be a far better and bigger monster mash than ever before.

“Godzilla: King of the Monsters” follows the exploits of the monster hunting research organization; Monarch and their discovery of new monsters hidden across the world. An eco-terrorist group hijacks a scientist and her daughter and her technology in order to use the monsters to wipe Earth’s slate clean and return control of the planet to beasts like Rodan, Mothra, and Godzilla. Now, however, a new monster called King Ghidorah has been discovered and his terrifying power and put humankind to the edge of extinction if they don’t stop the 3 headed dragon demon with the help of Earth’s radioactive reptilian protector, the mighty Godzilla.

Having seen all 32 of Godzilla’s original Japanese films, one of the biggest recurring flaws in the franchise is all effort and focus is placed on the monsters and their battles, while the humans are made to be worthless, generic and far less deserving of the spotlight than the King of monsters himself. I was hoping “Godzilla: King of Monsters” would capture everything that made the Japanese original films great and leave out what didn’t…sadly I was wrong. The only thing I was truly worried about “King of Monsters” getting right was the monsters themselves: they are terrifying, gargantuan, and monstrous and their battles onscreen are insanely addictive and they absolutely set my concerns at ease. Unfortunately, these gigantic beasts come off far more plausible than the absurdly stupid and dumbfounding plot of the central human characters.

Kyle Chandler and Vera Farmiga are divorced scientists with clashing views on the world and the giant monsters (called Titans here) and it’s their conflict that leads to the mass idiocy of the central plot and its failings. The cast constantly questions if the monsters belong on Earth or if they need to be wiped out and/or controlled and it drives several characters to make severely questionable decisions that borderline anger-inducing, luckily we have Godzilla duking it out with giant dinosaurs and 3 headed dragons to distract us and BOY do they distract us well. I wanted to see the beasts battle it out because it meant I could forget about the humans for a while.

There are some very deep and profound questions asked but little is answered, others are given asinine, cryptic trailer bait comments for Ken Watanabe to say dramatically. Too many times does the cast flip flop between the moral questioning of these monsters right to exist, and too few times does anyone act realistically or rationally without coming off as dumb (like Friday the 13th victim bait dumb). As a fan though, I appreciate the little Easter Eggs, song cues and name dropping the film utilized and it really did feel like this film was (at the very least) trying really hard to deliver a straight up, no-nonsense Godzilla monster brawl movie and give the people what they want.

But as much as it pains me to say this, I actually wish they spent a bit more time and focus on the human characters so that their end result wouldn’t be so conflicting and poorly written. Overall, “King of the Monsters” did a bang-up job bringing these monsters to life. They were faithful, respectful and delivered everything I was hoping to see in a monster mash movie like this. However, the humans suck, the story is flat and nonsensical, the jokes are terrible and I just couldn’t ignore how strongly they held this movie back from being more than it could.