The Verdict On Dark Phoenix: Is It Worth Your Time And Money?? 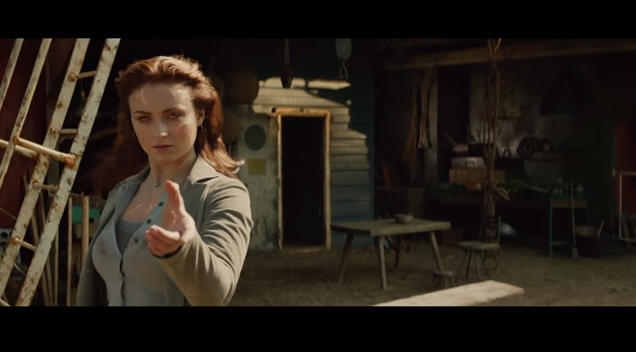 Fox’s “X-men” franchise has had a true roller coaster level of success since their first X-men film came out in 2000. Their films have mixed to average, to successful, to phenomenal to downright garbage. Disney’s purchase of Fox studios means that ever Marvel property they own goes back to them, but aside from a very troubled horror/X-men project called “New Mutants” that still has yet to arrive; this film today will be the last sendoff of the Fox-owned X-men series before everything/one is rebooted. One would hope the series could go off with a bang like Hugh Jackman did with the spectacular “Logan,” but instead…all we were left with was “Dark Phoenix.”

Once again attempting the “Phoenix” arc from the comics to the big screen after “The Last stand” botched it, the young Jean Grey (Sophie Turner) has recently acquired new mutant powers that transform her into a fire like a god creature known as “the Phoenix.” This new change in powers and personality causes massive unrest with the other X-men, including Charles Xavier (James McAvoy) whose decisions end up putting the team against each other on what to do with Jean: kill her and save the world from annihilation or try and rescue their friend from darkness before it becomes too late.

Behind the scenes complications often end up butchering movies and turning them into giant messes; it’s what happened to Josh Trank’s gritty “Fantastic Four” movie as well as “Spider-man 3.” Sadly, “Dark Phoenix” is another victim of too-many-cooks-in-one-kitchen-syndrome as everything suffers from the meddling and mangling of the picture both on and off screen. Disney buying out Fox made everyone care less and less about this finale X-men film because it felt meaningless to get attached to characters we know are going to get rebooted and never seen again once Disney relaunches the franchise in the future. As a result, the cast, the writers and the director all seemed to give up half way and treat the film like it didn’t matter; generating only indifference and subpar quality throughout every component of the film.

If you thought “Apocalypse” was disappointing, this one is downright just embarrassing. No one seems to know what they were doing; everything feels like broken fragments of what could have been much better storytelling. Jean is supposed to be a tragic figure and terrifying in her own dark right, but we’ve only seen her for one additional movie, whereas Famke Janessen was around for 3 movies and even her descent into evil felt rushed and uneven. This entry doesn’t feel like the epic finale it should be, it feels like a rushed, off-balance film that doesn’t use the gravitas of the story material properly and the emotional resonance we once had is all but gone now.

McAvoy and Fassbender still put forth the effort as Xavier and Magneto and I applaud them for that but it’s just not enough. Even the last half with the epic standoff on the train just feels like it was taken from better movies like “Days of Future Past” or “Captain America: First Avenger,”; it’s like they spent all of their good material and now they are running on fumes before the ride stalls for good. I don’t know why this story is so hard to put on screen, or maybe it’s just because the characters are so badly mishandled that everything feels less impactful and more banal than it was intended to be. Jennifer Lawrence’s turn as Mystique was always one of the series highlights and even that gets railroaded in the overly spoiler-filled trailers.

Overall, “Dark Phoenix” is a disappointing sendoff to a great series that, despite its ups and downs, had more winners than losers in its history. The effects are average, Fassbender and McAvoy still got it and trying to get this storyline right after “Last Stand” is an appreciated gesture, but even the worst past “X-men” movie is better than this one and all the emotion and depth it was meant to invoke just falls short and flat on its face and it’s just a really sad way for this series to go out after all these years. Here’s hoping Disney can wash this bad taste out of our mouths whenever the X-men appear in the MCU.