The Verdict On What We Do In The Shadows: Is It Worth Your Time?? 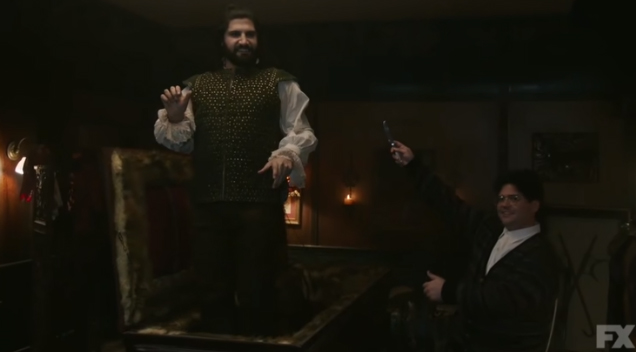 “What we do in the shadows” is one of the greatest comedies to come out in the past 10 years. It was an unexpectedly brilliant comedy film about a group of vampires living together; enjoying the nightlife and doing/saying every crazy, hilarious thing that came to their minds and it worked ingeniously. Taika Waititi spearheaded the project as an actor, writer and director and I never felt anyone could truly capture that lighting in a bottle again no matter how hard they tried. Believe it or not though, much like the American version of Britain’s “The Office,” sometimes the American version of something can actually be good enough to stand on its own two feet.

FX’s “What we do in the shadows” series pretty much follows the exact same plot of the movie: A look into the daily (or rather, nightly) lives of three vampires who’ve lived together for over 100 years, in Staten Island. Sure, it’s set in New York now and the characters are completely different but the general concept is still the same. This is not about the same 3-4 vampire roommates as in the film but is possibly set in the same universe, either way, horror and hilarity ensues as one would expect and the vampires learn the hard way what it’s like to adjust in a modern day human world/city while still being their undead selves and living together.

The appeal and magic of the film was the spontaneity and improvisational skills the main actors utilized when playing their roles. Much of this style of humor relies heavily on winging random bits of humor and hoping it sticks like a stake to the heart, thankfully it DOES stick and proves to be as close to as funny as the original as it can be while still doing their own thing with their own characters and jokes. “Shadows” understands and appreciates the dry, awkward humor that made the movie so hysterical and just cranks it up to 11; making even more odd situations with bizarre reactions, ranging from buying “creepy paper” to threatening store clerks with non-existent stabbings.

I was really worried the show would try to copy too much of the film’s brand of humor or try and make replicas of the main vampire characters. The series may borrow some visual elements from the film (like how Kayvan Novak as Nandor looks a lot like Vlad the Poker played by Jermaine Clement) but is otherwise unique to itself and delivers equally hilarious one liners without any comedic restraint or hesitance. Having this show on FX allows the vamps to act like their bloodsucker selves without censors and the use of language enhances the comedic reactions even further and in unexpected ways. I think that word best describes everything about this series to a T: unexpected.

Fandoms have caused toxic fallouts due to their strong-yet-polarizing opinions on their beloved franchises (like Star Wars and The Walking Dead). There was a great deal of doubt and eye rolling when news of this series was announced because so many felt the film’s magic could never be duplicated, and any attempt would look like a laughless, lackluster insult. To an extent, I felt that same way in the beginning, but once that first episode ended I wanted to get caught up on every other episode and find out what I’ve been missing. Much like before, the quality and creativity of the humor fall on the main cast and these three vampires have excellent chemistry.

Kayvan Novak, Matt Berry and Natasia Demetriou work wonderfully together. They each sport their own unique approach to different kinds of vampires and are able to work well off each other as well as anyone else in the cast. The humor is almost rapid fire in delivery. The pitch and approach may come off as dry and awkward but it’s part of the charm and creativity in the jokes themselves. Following a recipe too closely though can leave things a little stale, even with a stellar first course like this. A second season is already guaranteed and in the works, however, I feel if this show really wants to be everlasting then their plotlines and long term goals need to break free from the specific trappings of the film and continue to differentiate.