The Verdict On Jessica Jones: Season 3: Is It Worth Your Time And Money?? 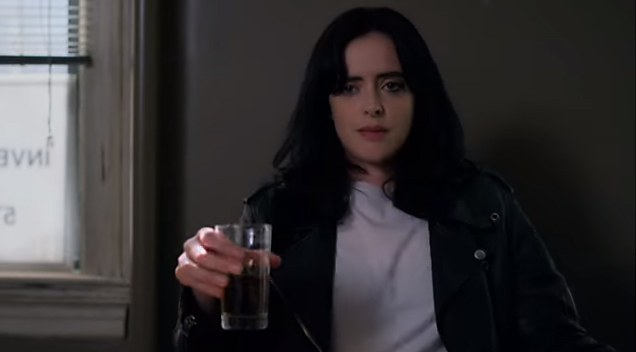 I’m a big lover of the Netflix Marvel superhero shows, I really am and I was truly disappointed to hear that ALL of the shows were getting the ax; not just the ones with bad ratings. After seeing several shows make a major U-turn and come back with phenomenal second and third seasons (Luke Cage and Daredevil respectively), seeing them all get canceled just made everyone feel wishy-washy about the second and third seasons of “The Punisher” and “Jessica Jones” knowing that was going to be the end of it. I can’t speak for the quality of “The Punisher” but I can speak at lengths to the quality and finality of “Jessica Jones” 3rd and final season.

After receiving powers from the events in season 2, Trish Walker (Rachel Taylor), she tries to do crime fighting on her own terms; still estranged from superhero PI, Jessica Jones (Kristin Ritter). Things become complicated and messy when a twisted serial killer gets on the girl’s radars and a vicious game of cat and mouse begins; leaving a trail of broken bodies, shattered friends and inner demons to drown Jessica’s sorrows even further in booze. Is Trish’s latest power acquisition a blessing or a curse and how will Jessica keep her and all of New York safe from a deranged killer who seems to know more about her than she knows about herself?

Much like with “Daredevil,” I was really hoping “Jones” would make up for its disappointing second season with a more proper and return to form with the third season. Thankfully, there wasn’t a trace of disappointment here. This season really brought the show’s roots back to its noir/detective beginnings, generating a compelling mystery with the new “Foolkiller” villain and creating all new kinds of challenges and conflict for Jones and her crew. One of the best elements of this season was constantly shifting the question who was good and who was bad: new characters and old characters motivations constantly put them at odds with Jessica and made it challenging to see what side of the coin these characters and their choices would ultimately fall on.

Trish for example, is someone who has been integral to the show and Jessica since the beginning. Trish’s journey culminates here in ways I never thought possible and creates some of the most powerful ethical and emotional dilemmas the show has ever seen since the stellar first season with Kilgrave. Speaking of villains, Foolkiller is a superbly sinister threat; much unlike the others, complete with his own unique background and methods that prove even an ordinary, powerless human can keep the super-powered PI on her toes. The drama and tension he created were immeasurably addicting, I kept grabbing the edge of my seat waiting to see how things got flipped around in the next episode.

Characters like Malcolm and Jeri go through their own paths and changes, some of which are fairly predictable but also come off as satisfying when you see where everyone stands at the final curtain call. The new character Erik Gelde/Mind-Wave is a great addition. No one has truly felt compatible and suitable for Jones since Luke Cage. Having someone who has similar powers, problems and lifestyle choices provides a relatable character that can bring new dynamics to the story not seen before. There’s also a very pleasing fan service cameo at the very last episode, a benefit of knowing your series is about to end so you can prepare for it properly.

Criticisms largely fall on the rehashing of similar plotlines and behaviors for most of the supporting cast instead of giving them something new to work through. Aside from Trish, everyone pretty much does the same things they were doing in season 2 and the less we emulate that season the better. Overall, “Jessica Jones: Season 3” goes out on a fantastic high note with little actually dragging it down. The performances are as solid as ever, we have a great new villain (not Kilgrave worthy but a very close second) and most importantly; a proper finale that leaves me satisfied with the series ending here and now which is all anyone could ask for in a series or a franchise like the Netflix Marvel shows.