The Verdict On The Dead Don’t Die: Is It Worth Your Time And Money?? 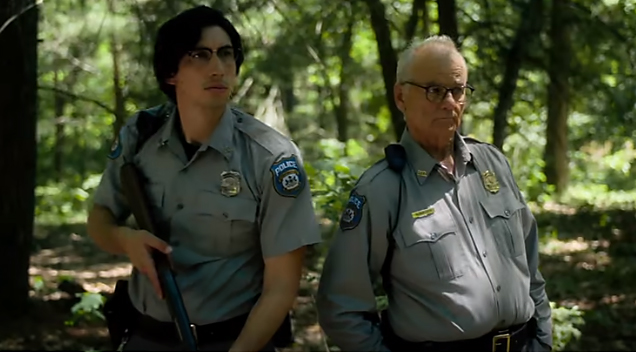 Zombie movies, they can be scary, they can be gory, they can be intense and also, they can be really frigging funny. “Shaun of the Dead” is an example of how to do a zombie comedy right, “Scouts Guide to the Zombie Apocalypse” is an example of how to NEVER make a zombie comedy movie; “Dead Don’t Die” is something in-between. Director Jim Jarmusch has a unique brand of humor and writing that apparently, is evident in all of his movies and he’s one of those kinds of writers that either you get his sense of humor or you don’t. “Dead Don’t Die” is his first crack at the zombie genre and I can say with utmost sincerity, not only do I NOT get his sense of humor…I also do not get at all what this movie was trying to accomplish.

Set in the dull, small, happy little town of Centerville, Sherriff Cliff Robertson (Bill Murray) and Office Ronnie Peterson (Adam Driver) do their usual routine of policing a small little town; known only for minor incidents like an eccentric old hermit (Tom Waits) living in the woods, slim to no visitors and of course; dealing with the recently risen undead as a wave of zombies crawl out of their graves and start munching on town citizens night after night. Polar destabilization has caused zombies to come to life for flesh to feast on and it’s up to two awkward, bored cops to try and set things right and stay alive before all of Centerville bites it.

The trailers display of oddball humor and dry reactions to zombie shenanigans are what first interested me about this film. I thought this could be something fun and different. Then I saw it and well…it was different all right…but in all the worst ways possible. Murray and Driver are portrayed by the ads as the only stiff, dry talking people in the movie, when in fact EVERYONE and EVERY JOKE is just as stiff, dry, awkward and drawn out and it never picks up or changes its pace. There is one joke in this whole movie and if you don’t get that joke or like its style then you are not going to enjoy the rest of the movie and that’s exactly what happened with me.

“Dead Don’t Die” is unclear what it wants to be. It doesn’t know if it wants to be funny, be weird, be gory, be Meta or just be a tongue-in-cheek zombie flick meant for fun and silliness. But it’s pacing and brand of humor is so one-note that it’s hard to really connect because you keep hoping this is the joke that will land, or this is where I am supposed to laugh at and that moment never comes and then the movie’s over. This feels like a niche film like it was designed for a very specific audience in mind or maybe JUST for the director alone. “Dead Don’t die” plays out like one long winded joke that you never know where it’s going or if it’s going to be funny in the end or if it even had a point at all.

Murray and Driver are the dynamic dull duo I never knew I needed until now, and I mean that in the best way. If it was only them and them alone acting this way, this movie would be loads funnier because they have an oddball chemistry connection that just seems to make sense. The problem is everyone else involved in the film acts just as weird and dehydrated and it’s not funny unless you have someone else more lively or reactive to contrast with. It’s worsened by the fact that so many good actors in here are wasted; given almost little to nothing to do outside of being familiar faces moviegoers would know, such as Danny Glover, Steve Buscemi, Selena Gomez, and Tilda Swinton.

Swinton is the only one who gets consistent laughs from me. Her character is so unnaturally strange, she feels like she belongs in a completely different movie, which makes her involvement here all the funnier. Her character though, like the script, isn’t sure what it is trying to be and in the end, even that spark of humor gets snuffed out. Overall, “The Dead Don’t Die” is all the weird, painful, annoying side effects of a drug without the actual benefits. The cast is solid but is stuck in 3rd gear, slim to zero jokes actually land, the film and the director have no idea what they are doing with themselves and when it all comes down to it, you’re better off swapping this movie out for “Shaun of the Dead.”