The Verdict On Spider-Man: Far From Home – Is It Worth Your Time And Money?? 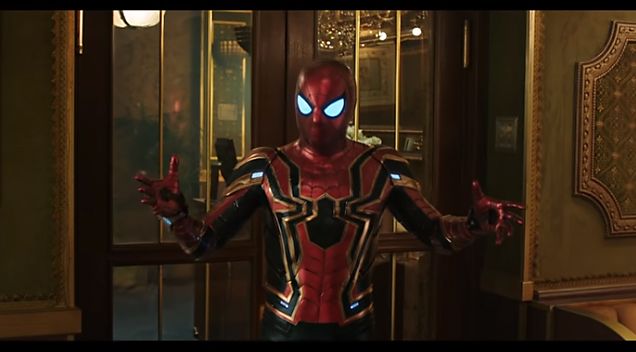 After the events of “Infinity War” and the stellar success of “Spider-man: Homecoming,” lots of people were wondering how Spider-man was going to continue flinging webs when he appeared to be dusted at the end of “Infinity War.” But now with the events of “Endgame” fresh in our minds, we have an idea on how the future of the MCU is going to take shape and more importantly, we have an idea on what kind of impact this is going to have on Spider-man and his latest film; “Far From Home.” It’s hard following up a juggernaut finale like “Endgame,” but with the charm, warmth, and wit of Spider-man; “Far From Home” is just the sweet treat we need.

Picking up 8 months after the events of “Endgame,” Spider-man (Tom Holland) is being seen and pressured by everyone in the world to be the masked hero to fill the void left by Iron Man (Robert Downey Jr.) and he’s not ready for it. Peter just wants to go on a school vacation trip to Europe with his class, be a normal teenager and tell the girl he loves, MJ (Zendaya) how he feels about her. The hero life comes calling regardless however as Nick Fury (Samuel L. Jackson) enlists Spider-man to help battle 4 powerful monsters called Elementals, with the help of otherworldly warrior Mysterio (Jake Gyllenhaal). Now Peter has to live up to everyone’s expectations and try to live the ordinary life he wants before he misses his chance at life.

I didn’t realize this at first but after thinking about it more, this is the perfect film to follow up “Endgame.” Why? Because Peter is everyone in the audience, asking what’s going to happen next? What do we do now with so many Avengers gone or out of commission? Spider-man is a natural and imperfect choice due to his youth and inexperience, but most importantly, his connection to Iron Man serves as the emotional backbone to this story and it helps create emotional tension that Parker struggles with from start to finish and it works beautifully.

One of the reasons “Spider-man 2” is one of the best Marvel movies made was because it perfectly captured what it means to be Peter Parker: having life perpetually crap on you and having everything you want to be taken away by this overbearing responsibility that never stops. “Far From Home” reminds us that Spider-man is still just a kid, playing in a very big and very dangerous sandbox and balancing the threat connected to Mysterio and Fury makes his high school life seem so rewarding to go back home to, as well as MJ. Just like with “Homecoming”, Marvel proves they know exactly what they are doing with their casting choices.

Gyllenhaal was brilliant as Mysterio. He plays essentially two different forms of the same character and it allows him to seamlessly build chemistry in each portrayal, especially with Tom Holland. His character brings so many layers and levels to this movie that even people knowing his comic book roots will be surprised at the role he serves. Holland is just as lovable as the doe-eyed, goofy-looking kid with web slingers; being as awkward and likable as he has in every previous film entry. His chemistry with Zendaya is wonderfully scripted, there’s not a single exchange of theirs that doesn’t deliver a heart-touching moment or a gut-busting laugh. I hope she stays with the franchise for films to come because her presence is a welcomed one.

The supporting cast of Marvel’s regulars rounds out the quality laughs and performances you’d expect from the MCU’s cast of characters. It’s great seeing Jackson back as the one-eyed spy, Fury after such a prolonged absence in the main timeline. Jon Favreau and Marisa Tomei work surprisingly well together and even Holland’s school co-stars steal the show more times than you’d expect them to. Everyone and everything just works here, they all bring the story to new heights with new surprises and sequences that amaze and impress time and time again.

Overall, “Spider-man: Far From Home” is the perfect epilogue to the “Avengers” films concluding Thanos’ story. The cast is hilarious and perfectly in synch with their chemistry, the surprises are plentiful and creative and the story’s direction properly and hilariously Segway’s us into new, unexplored territories that will keep the MCU alive and give us, even more, to look forward to in future installments of Spider-man and his amazing MCU friends.