The Verdict On Stranger Things Season 3: Is It Worth Your Time?? 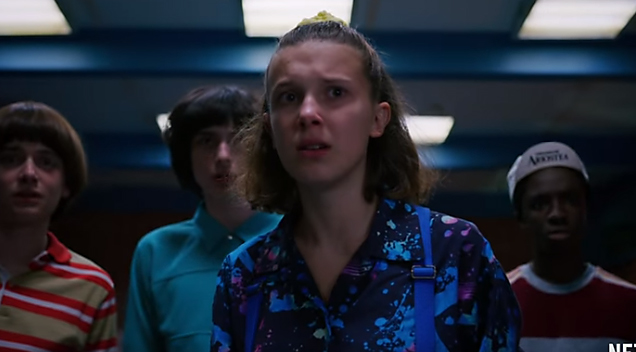 Arguably the most popular television series to come out of Netflix, “Stranger Things” has been a smash hit that has created its own cult following, merchandise explosion and is making mega-stars out of its cast who have been appearing in more and more mainstream movies. After the breakout first season and the surprisingly superior second season, where can “Stranger Things” go from here? They can go to…the mall…with Russians…and of course monsters, psychics and government cover-ups…it’s confusing. Many feel the show has gotten too kooky and too different than it once was with this season. Are they right? Let’s all head on to Starcourt mall and find out.

Taking place a year after the events of season 2, Eleven (Millie Bobby Brown) is learning how to be a normal girl from Max (Sadie Sink) and in a more passionate, romantic capacity; a girlfriend for Mike (Finn Wolfhard). Things get busy around Hawkins with a gawdy new mega-mall is built and steals everyone’s businesses away. But when the Hawkins kids and adults Hopper and Joyce (David Harbour and Winona Ryder) discover the mall hides a Russian invasion force trying to reopen the “Upside Down,” it’s up to them to try and stop it, not to mention the army of body snatchers coming from the Mind Flayer monster who seeks revenge.

If the first two seasons were throwbacks and homages to popular films of the 80’s, Season 3 feels more like the late 80’s/early 90’s pop fair and it influences the color pallet as well as the tone and feel of the series. “Stranger Things” drops a lot of its horror and mystery edge for a much softer and almost campy, cartoonishly colorful mystery involving age-old villains like evil Russians loads more quirky one-liners than bone-chilling scares. In a lot of ways, “Stranger Things” feels like its growing and changing along with its, adapting with the humor and influences of the times but also losing the style and the substance that made it stand out in the first two seasons.

Will doesn’t get to play D&D with his friends anymore, Dustin goes off to camp, Mike and Lucas have girlfriends, Steve, Jonathan and Nancy all have to get jobs and Hopper has to deal with being a dad to a teen who wants to grow up but is also rebellious with psychic powers. There are still plenty of weird things and monsters to deal with, but a lot of them feel like side plots and much of their bite has been watered down by comic relief and teen relationship melodrama. One gag I do enjoy greatly is seeing Hopper de-evolve to an overbearing dad and poorly juggling his failing job, raising a psychic teen and trying to have a social life at the same time.

The monsters this time are similar but different than before. Visually, they are a bit gross but story-wise, they provide some interesting and unusual challenges for our heroes and keep you guessing how all the pieces fit together. Brown’s evolution into Eleven is wonderful and she of all characters works wonderfully well with the new changes and attitude; it’s a great sign of her range and expanding as an actor. The actors are all great as expected, even with the Russian thing feeling a bit silly and out of the left field. After all, it’s thanks to that plot that it provided, in my opinion, the best onscreen duo in the whole series: Robyn (Maya Hawke) and Steve (Joe Keery).

Seeing them as two dejected, ice cream scoopers at the mall getting roped into this Russian, monster madness is better than any chocolate sundae. Their chemistry is flawless, their timing is perfect and at times, I felt more invested in what they were doing than anyone else. Overall, “Stranger Things” Season 3 is an acquired taste for some and a total abandonment of all that made it good to others. It’s definitely a weird breed of colors, camp and sci-fi nuttiness but I never truly felt the show had lost its flavor or its focus. It shows the series and their casts are growing and change rarely sits well with most. Here’s hoping Season 4 keeps what works and loses what didn’t work in Season 3 and continues to frighten and fascinate us for years to come.