The Verdict On Once Upon a Time in Hollywood: Is It Worth Your Time And Money?? 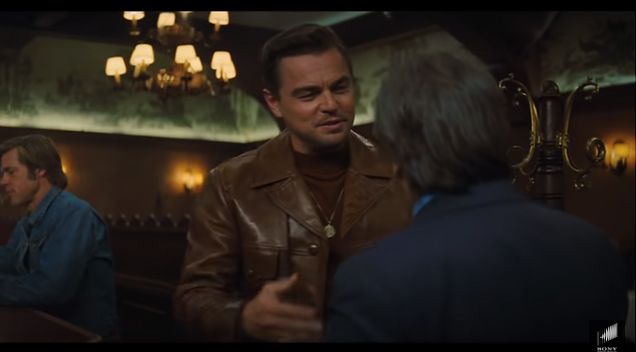 Quentin Tarantino is a name that always screams quality, exaggeration and lots and lots of long, overdue conversations with his signature iconic dialog. He’s made 8 films total, 9 including the film in question today “Once upon a time in Hollywood.” Every film Tarantino has made has always been an original story, only using real-life events in the smallest and strangest of instances like with the climax of “Inglorious Bastards.” However, this film circles around a very realistic story that deals with an even grimmer and shocking true event that shook the world in the 1960’s: Sharon Tate’s encounter with the Manson Family.

Set in LA in 1969, failing western action star Rick Dalton (Leonardo DiCaprio) and his best friend/stunt double Cliff Boothe (Brad Pitt) are trying to make in the TV/movie industry but struggle with past histories and personal failings they learn more and more about the deeper they delve into Hollywood’s weird world. Following their story is young Sharon Tate (Margot Robbie) who is being tracked by mysterious “family” led by infamous killer Charles Manson. What follows is how their lives, their careers, and their events intertwine into a story only wild enough to take place in Hollywood itself.

I won’t lie, the beginning of this film kept everyone going at a snail’s pace and made my eyes heavy with sleep; I even yawned a few times. But then the movie would have these little “surprises” where something wild, crazy and dramatic would happen and then it suddenly has your interest again but keeps moving at an uneven yet engagingly odd pace. “Hollywood” doesn’t really follow a straight story path like say “Bastards” or “Django Unchained,” but neither is it all over the place with a huge cast of multiple characters that all seem to literally run into each other like “Pulp Fiction.” This movie plays like it’s a real story blended with a fictional one and just keeping you guessing how far it’s going to go with both of them and it’s oddly intriguing.

DiCaprio once again delivers a knock out performance for Tarantino since his work in “Django.” Here, he’s doing double roles as an actor who is trying to prevent his eccentricities and cry baby behaviors from ruining his career, while also trying to portray a menacing and genuinely compelling action star who just can’t mentally deal with his failing career. Brad Pitt is probably my favorite character and overall performance of the film. He is teased at being unbalanced and while nothing is ever proven about his supposedly murderous past with his wife, his surprise rage and anger moments leave a lot of people stunned with gasping jaws and gut-busting laughs. The climax of the film features Pitt going all out in a sequence I can only describe as outrageously amazing.

Margot Robbie delivers a sweet and almost innocent take on the late great Sharon Tate. She feels like a big kid or someone from high school who made it big and can’t believe it and it makes her story the most heartfelt and worth watching over all the others. Fan buffs and old timey nostalgia geeks will probably lose their minds over all the references to old actors, songs, TV shows movies and events surrounding this era; though it amounts to little more than just glorified glory days fan service that only people who are 50 and older will remember let alone give much attention towards. I personally felt that, much like watching Brad Pitt drive a car for the umpteenth time, the references got old and could have easily been toned down a bit.

There is nothing boring or wrong with the characters or the writing once you really see how everything comes together, the problem is the pacing and build-up towards the crucial moments and events leads you constantly guessing and wondering where this is all going until you reach the very end. It’s typical for Tarantino but not typical for some of his better films like “Hateful 8” or “Reservoir Dogs.” Overall, “Once upon a time in Hollywood” feels like a big fan service project for movie buffs and directors like Tarantino and it can drag the movie down quite a bit. However, the amazing chemistry and casting of Pitt and DiCaprio mixed with Robbie’s touching innocence create a stellar cast of characters that somehow, surprisingly make everything work and make it worth the near 3-hour running time and possibly, worth seeing again.