The Verdict On It Chapter Two: Is It Worth Your Time And Money?? 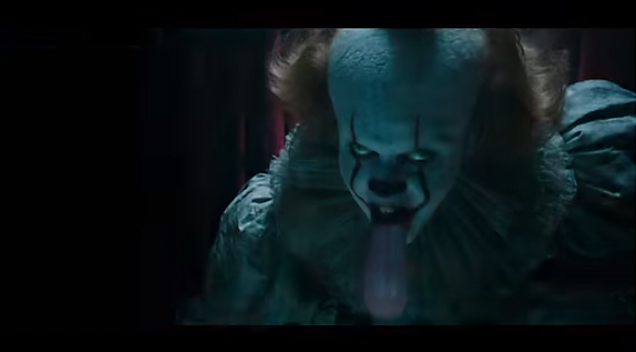 After a stellar, terrifying first chance at re-creating Stephen King’s most lengthy and legendary horror novel “It” for today’s audiences, people were expectantly eager to see how the “adult years” portion of the story plays out considering the extreme length of the novel and the film. The TV miniseries from the ’90s starring Tim Curry so far had been the only completed visual representation of King’s epic 1000 page story and time has not been kind to that flawed, strange adaptation. But with significantly less Pennywise screen time and a MASSIVELY long running time, “It Chapter Two” had a lot to live up to and deliver and being someone who read the original book, my hopes were set pretty high that this story could finally be given some justice.

Taking place 27 years after the defeat of Pennywise (Bill Skarsgard), the Losers club has grown up, gone their separate ways and put the days of Derry and death far behind them. But Pennywise has awoken from his hibernation and is back killing and terrorizing children once again. After receiving a call from Mike Hanlon (Isaiah Mustafa), the rest of the Losers club; Bill (James McAvoy), Beverly (Jessica Chastain), Richie (Bill Hader), Ben (Jay Ryan), Eddie (James Ransone) and Stanley (Andy Bean) must return to Derry, face their pasts and their fears to stop the evil clown once and for all or die trying.

King’s source material has always been the weightiest one he’s written. With multiple characters to follow and frequent flashbacks between childhood and adulthood, there’s a lot of ground to cover and it’s sensible that any movie adaptation would also have to be lengthy in order to be respectful and keep up with all of it. Fortunately, “Chapter Two” manages to chug along all the heavier and more horrific sequences of the book and bring it to life without it feeling as stale as a corpse floating in the sewer. It is true that Pennywise is not around as often as he was the first time around, but the rich and layered development of each of the Losers is handled respectfully and engagingly enough that you never feel like the film is feeling sluggish or running too long. The unique dynamic of shifting between childhood and adulthood breeds new emotional revelations that keep these characters fresh and entertaining to watch and follow.

No one feels rushed, no one feels like they were left out or passed by. One of the most impressive feats of the film is handling some of the story’s wackier and hokier elements that I never thought could have translated properly (The Losers dinner scene, the ritual to defeat It, Pennywise’s true form, etc.) The use of Pennywise is even more effective and terrifying than before. Every scene he’s in delivers hardcore horror, gore and nightmare fuel that kept me disturbed and unsettled every time. Skarsgard plays Pennywise like he’s been him all his life; such a passionate performance that never falters or fails to strike fear in the characters/audiences’ hearts. There’s a scene involving Pennywise hiding under bleachers that is truly noteworthy.

When it comes to the Losers themselves, they are a mixed bag of acceptable to excellent. True knockout highlights are Bill Hader and surprisingly Eddie Ransone. They truly embody their character’s personalities and physical traits, you truly feel these are the men the child actors will grow into with how perfectly they nailed their mannerisms and dialog. McAvoy feels slightly subdued here but gets progressively more intense and passionate so it makes up for an average performance for the first half. Chastain is a gorgeously perfect physical representation of Beverly as an adult. She’s charming enough but I don’t always feel she represents the fire young Beverly had. Mustafa does an above-average job as adult Mike, with Jay Ryan bringing up the rear with Ben; the weakest of the group.

Overall, “It Chapter Two” is the perfect topper to this epic horror story. Yeah it’s long, stretched out and doesn’t let Skarsgard shine as much as he should as Pennywise, but the adult cast works beautifully together, the story captures so much of the original story without coming off as corny and goofy and the consistent quality of the material hardly makes it seem like 2 and half hours have even passed. This is one of King’s best and most faithful film adaptations and is right up there with “Shawshank Redemption” and “The Mist.”