The Verdict On Joker: Is It Worth Your Time And Money?? 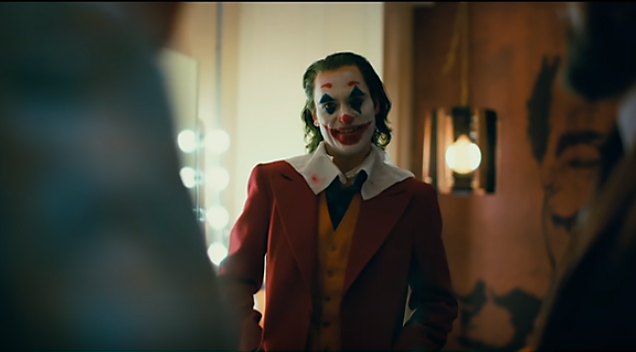 DC has been circling the cinematic port-o-john drain for some time now. While blockbuster success stories like “Shazam” and “Wonder Woman” have certainly raised some dollars and new fan bases, all the dark brooding and more intense edge they proclaimed was one of their strongest suits has yet to rear its gritty head…until now. Todd Phillips, director of “The Hangover” films decided to break the mold and attempt a new, daring, disturbing standalone take on one of the most classic and legendary supervillains in comic book history, The Joker. Having zero connections to any previous Joker or Batman incarnation, “Joker” is a wild take of a film that hits all too close to home for many people and finally gives me hope that DC could be good again.

Arthur Fleck (Joaquin Phoenix) is a failed comedian and a failed human being; slumming through his broken life at a dead-end job as a party clown in Gotham City. As society mistreats and demeans him, along with his own mother (Frances Conroy) and TV hero (Robert De Niro), Arthur’s life spirals out of control and quickly descends to the madness that changes everything he knows and is as a person. Taking on the persona of “The Joker,” Fleck plans to make an impact on society, an impact so bloody and destructive that the people will never forget who he is, what he’s done and what he is about to inspire the people of Gotham to become.

It would be grossly unfair to call “Joker” an origin film. This is a film unlike any you’ve seen before, an alternative take on a comic book character that speaks to people on a level that is painfully all too real in all the best ways imaginable. This take on this iconic character puts people’s empathy and sympathy squarely on the clown prince of crime’s shoulders; something no other cinematic adaption has been able to come close to accomplishing. “Joker” reminds us of the people suffering not only under the discrimination of high society and perceived “norms” of the world, but also the insufficiently funded mental health treatment system that hit this reviewer a lot harder than I expected it would. It’s a depressing representation but accurate as well.

The violence displayed is never glorified or justified here, if anything, the brutality of it shows how heavy murder impacts a person, which is something most films gloss over when you have action sequences piling up off-screen body counts. In a lot of ways, “Joker” feels like a cautionary tale to the world; reminding us how discarded people feel like they have nothing and no one in their lives and are willing to do anything to get people to give a damn about them, even murder. Phoenix truly transforms into the character; physically and emotionally. He presents the Joker in a way that he is neither inherently evil nor is he a tragic hero. He’s written and portrayed not as a character but more as a whole, full living human being and it is truly remarkable.

The film cleverly blurs the line between reality and Arthur’s own personal fantasized reality, putting into question everything he does and everything that happens; constantly keeping you guessing about whose reality is a worse place to live in. Robert De Niro is perfectly cast as a Johnny Carson like talk show host, inspiring and infuriating Arthur throughout the film; leading to a climactic final act that will leave everyone (inside and outside of the film) horrifically shocked. Despite not being connected to any previous DC film or Batman film, I applaud the interwoven minor references to Bruce Wayne and feel they add a bit of framework to Arthur’s journey and feel more like necessary components than shoehorned Easter eggs.

“The Dark Knight” was egregiously ignored at just about every award show and category (save for a posthumous award for Heath Ledger’s performance as the Joker), so if there was ever a chance at a comic book movie that deserves to win some golden recognition, it’s “Joker.” This is a film unlike any other film I can think of, a warped take into the human mind that makes you feel a plethora of emotions and perceptions on this highly divisive character. “Joker” is a must-see film, a truly visionary piece of filmmaking that will raise questions and spark conversations for years to come.