The Verdict On In The Tall Grass: Is It Worth Your Time And Money?? 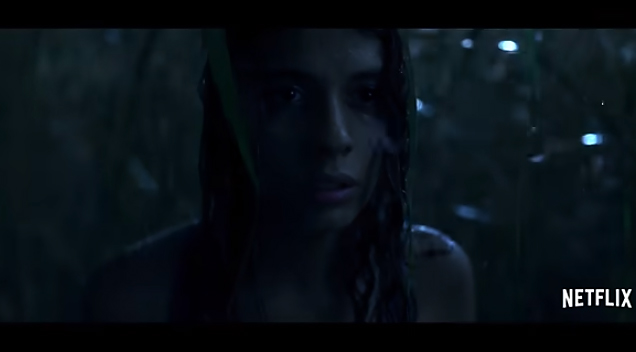 One of the advantages of streaming services like “Netflix” and “Hulu” is they can provide smaller budget adaptations to certain films or stories big-budget Hollywood studios like Warner Bros. wouldn’t think twice about. Stephen King had great success with his story “Gerald’s Game” being adapted to a film on Netflix. Unfortunately, Netflix tried to strike gold again but ended up with a freshly polished turd that doesn’t work, doesn’t make sense and doesn’t do Stephen King, the director, the cast and Netflix any justice whatsoever. This is the creepy, winding, confusing Stephen King adaptation of his novella story, “In the Tall Grass.”

Siblings Becky and Cal DeMuth (Laysla De Oliveira and Avery Whitted) are on a road trip when they are stopped by a young boy calling out for help inside a field of tall grass. When they go inside to investigate, they can’t find the boy and also discover they can’t find their way out of the grass fields. A sinister force lurks in the seemingly endless grassy fields, warping reality, confusing the people inside and turning things around to the point people start losing their minds and turning on each other. Now they must escape this unavoidable prison and return to the outside world before they become a part of these grassy fields forever and ever.

I never heard of this story by King before, let alone read it so I can’t really say how accurate it is or isn’t. I will say though that if this film is an accurate adaptation of the novella, then the quality issues of this film clearly started with the ludicrously off-putting source material. “In the tall grass” has a simple yet eerie premise that (typical of King’s work) combines simplicity with supernatural themes seamlessly. While films landlocked in one central location for the duration of the story (Phone Booth, The Shallows) can be tense, engaging thrillers, “In the tall grass” feels like it’s already worn out its welcome about 15 minutes into the film. Even with all the twists and disturbing turns, the characters experience while in the fields, it all starts to look and feel the same and the horror and confusion end up becoming sluggish and even annoying.

Even once the story gets to the “supernatural setting is turning people against each other” angle, another common trope of King’s work, things only get even more confusing and poses more questions than it answers (and those they do answer are done quite poorly). There are some images and sequences that really crank up the absurdity and weirdness of the film’s mysterious threat, effective and unusual at times but don’t stay long enough to linger in your mind. The cast is a serviceable one, decent at times and dismal at others with only a very small window of talent being displayed. That window I spoke of gravitates almost exclusively around Patrick Wilson, who plays the father of the boy who called people into the grass. His talent is being wasted on this film. He’s clearly giving A+ effort in a D- film and it’s a commendable effort.

Harrison Gilbertson is the only other person who actually tries, he does a good enough job and I greatly enjoyed learning more about his character; though can’t say the same for anyone or anything else that happens. The content in the film borderlines mind-bending to outright uncomfortable, almost to the point of wanting to turn it off and re-watch “The Office” for the thousandth time. It’s creepy and eerie at times with its fairly decent camerawork and soundtrack, but it never lives up to its full frightening or even comprehensible potential. It’s a weird film that doesn’t know what it’s trying to present or if it does, it’s doing in the most asinine and mind-numbing way; just like the last act of “Arrival.”

“In the tall grass” could have been more chilling, more effective and more cerebral but it falls short every time on every front. Patrick Wilson is literally carrying the whole movie and the rest of the story can’t keep it together long enough for the movie to make sense or for you, the viewer, to care if it does or doesn’t. Just go watch “Gerald’s Game” or “The Mist” movie, Hell. Even “Silver Bullet” has more entertainment value than this film does.