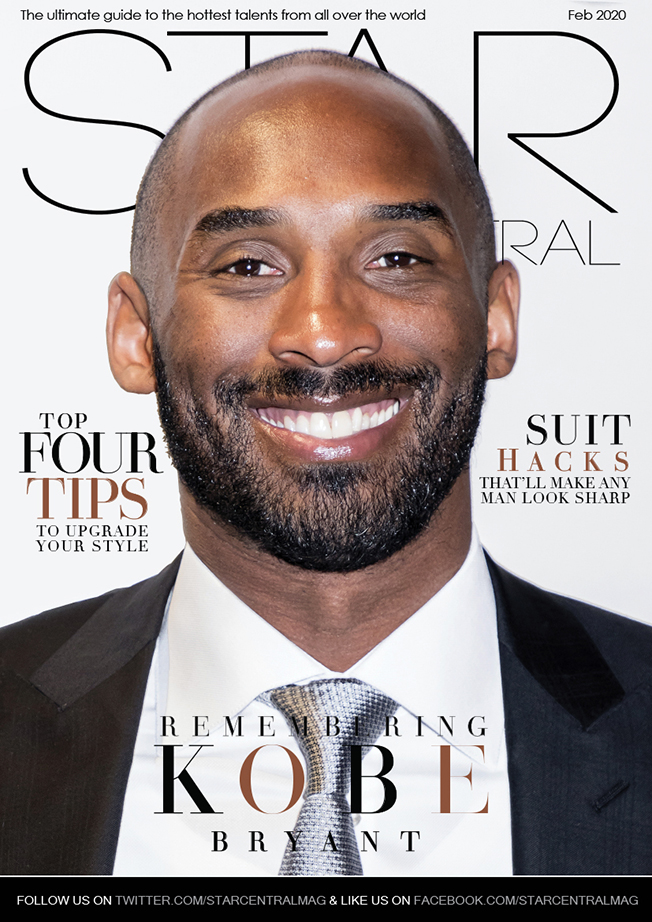 When news broke on Sunday, January 26, 2020, that NBA superstar Kobe Bryant, along with his 13-year-old daughter Gianna, had tragically died in a helicopter crash – the world was in deep shock. It was hard to imagine a world without one of the most beloved basketball players on the planet.

While most professional athletes are known by the name on the back of their jerseys, Bryant’s first name has become its own brand. With a unique name like Kobe, the basketball all-star joined an elite group of celebrities that needed no last name. His parents actually named him after the famous beef of Kobe from Japan, which they saw on a restaurant menu. His middle name, Bean, was also taken from his father’s nickname “Jellybean.”

Bryant was also known by a nickname he gave himself: “The Black Mamba.” After seeing the film “Kill Bill,” he immediately resonated with the codename “The Black Mamba” which was given to the deadly assassin Beatrix Kiddo. Bryant’s alter ego, The Black Mamba, attacked the game of basketball with the same intensity as the deadliest snake in the world attacks its prey. As Bryant often said, “there was nothing that was going to get in the way. There was nothing that was going to stop me.”

Philadelphia native Bryant decided to make the bold move heading straight into the NBA right after high school. This move was highly controversial at the time because it was always deemed that high-schoolers were neither emotionally nor physically mature enough for the challenges of an NBA game. Drafted as the 13th overall pick for the 1996 season, Bryant was originally going to be a Charlotte Hornet. He was immediately traded to the LA Lakers though, where he would spend his entire career. Bryant’s father, Joe “Jellybean” Bryant, had also been a first-round NBA pick in 1975.

Under the leadership of Coach Phil Jackson, Bryant and his legendary teammate Shaquille O’Neal helped the Lakers win championship rings in 2000, 2001, and 2002.

Bryant, again under the guidance of Coach Jackson, led the Lakers to become back-to-back champions in 2009 and 2010. 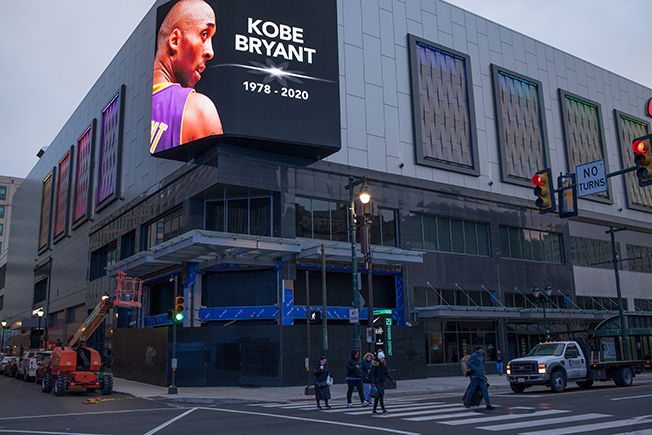 As a rookie, Bryant ended up winning the 1997 Slam Dunk Contest, and he was named an All-Star by his second season. He led the Lakers to three consecutive NBA championships with Shaquille O’Neal from 2000 to 2002. After the Lakers lost the 2004 NBA Finals, O’Neal was eventually traded and Bryant became the cornerstone of the Lakers. He led the NBA in scoring during the 2005–06 and 2006–07 seasons. In 2006, he scored an epic career-high 81 points; which is the second-most points scored in a single game in league history, right behind Wilt Chamberlain’s 100-point game in 1962. Bryant led the Lakers to two consecutive championships in 2009 and 2010 and was named NBA Finals MVP on both occasions.

Bryant also became the youngest player in league history to reach 30,000 career points. He became the all-time leading scorer in Lakers franchise history on February 1, 2010, surpassing Jerry West’s record. Bryant’s four All-Star MVP Awards are tied with Bob Pettit for the most in NBA history. At the 2008 and 2012 Summer Olympics, he won two gold medals as a member of the U.S. dream team. In 2018, he even won an Academy Award for Best Animated Short Film for his 2017 film Dear Basketball.

As Bryant once said, “I don’t want to be the next Michael Jordan, I only want to be Kobe Bryant.” 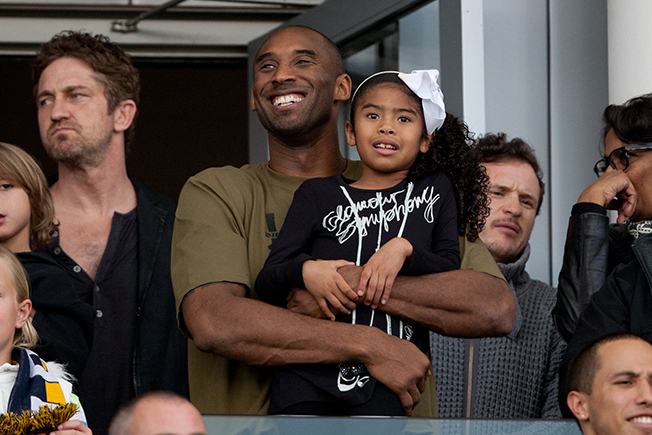 Bryant’s final NBA game was April 13, 2016, against the Utah Jazz. At the age of 37, he ended his career with a bang. In the final game of the season, Bryant continued to break records. He racked up 60 points (the most by any NBA player in a single game that season) and took 50 shots (the previous record for most shots in a game was by Michael Jordan in 1993).

A retirement ceremony for Bryant’s jerseys was held on December 18, 2017. Bryant is the only NBA player to have two numbers retired by the same team: 8 and 24. Halfway through his Lakers career, Bryant switched to number 24 to have a “clean slate”.

Retirement did not slow Bryant down. He was committed to hard work on and off the court. “I have nothing in common with lazy people who blame others for their lack of success. Great things come from hard work and perseverance. No excuses.”

The Academy awarded Bryant with an Oscar for Best Animated Short Film in 2018. He was the first professional athlete and African American to snag a win in this category. His 6-minute film, “Dear Basketball”, is based on a poem Bryant wrote and published about his retirement from the NBA.

Coming off his Oscar win, Bryant released his book, “The Mamba Mentality: How I Play”. The book is a combination of photographs by Andrew D. Bernstein and Bryant’s owns words reflecting on his career and the game of basketball. “The tap, tap, tap of when a ball bounces on the hardwood.The crispness and clarity. The predictability. The sound of life and light.”

Mamba Sports Academy opened in 2018 and has two locations in the Los Angeles area. Bryant partnered with Chad Faulkner to create the training facility that focuses on sport-specific physical training academies and a sports-focused venture lab. 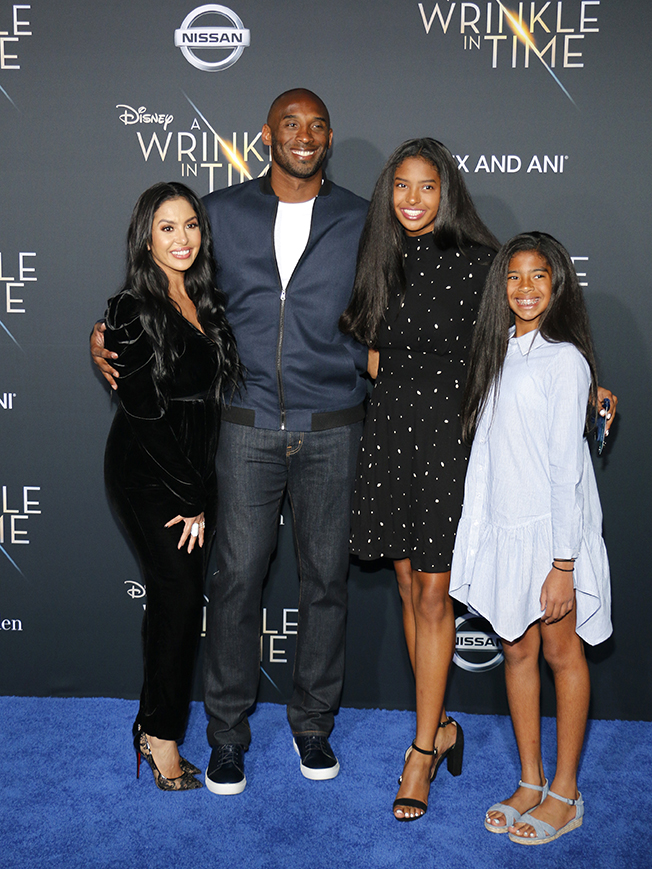 In 2005, Nike partnered with Bryant for a shoe endorsement. Valued at $16 million, the “Kobe” collection has released a new shoe each year. Limited edition Nike Mambas are released on August 24th of each year. Nike’s second-largest market is China, where Bryant is viewed as an iconic American basketball star.

As Bryant once said: “The most important thing is to try and inspire people so that they can be great at whatever they want to do.”

Inspiring people all over the globe, Mamba set the bar showing how work hard can reap incredible results.

Rest in peace Kobe. You may be gone for now but you’ll live forever in our memories and in our hearts because you have given us a lifetime of memories filled with joy, and happiness. Even in death, you are still loved and forever will be. You have touched the hearts of so many who owe you a lifetime of gratitude. We are not saying goodbye forever but goodbye for now. We pray that you and your daughter Gianna find peace and rest wherever you are. 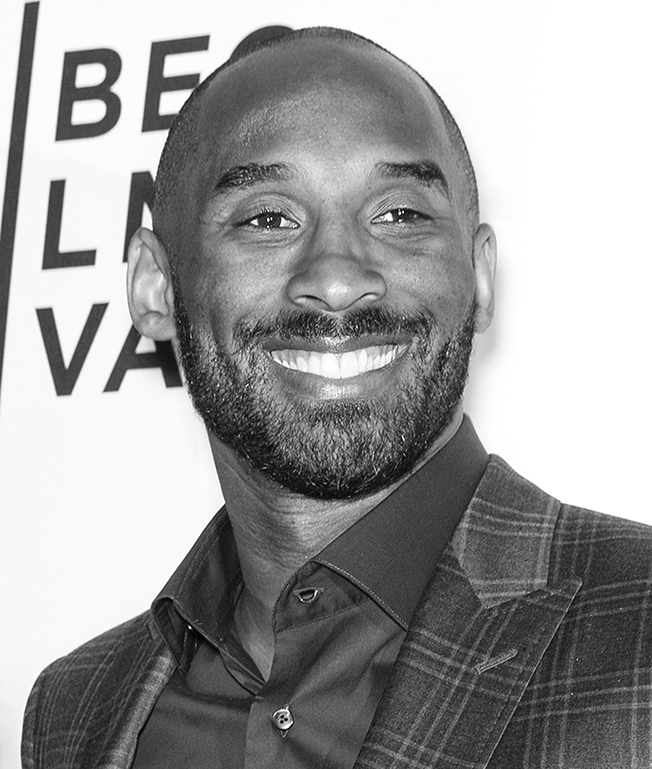