The Verdict On The Gentlemen: Is It Worth Your Time And Money?? 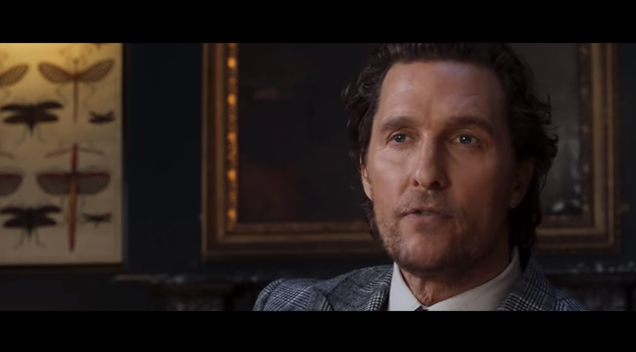 Nothing is as mesmerizing as a Guy Ritchie movie.

His recipe consists of fast-paced dialogue, a spritz of the black comedy and marinated in metaphors and embellishments of cinematic genius. The movie “Gentlemen” has been marked as Ritchie’s return to his signature cockney crime genres such as Snatch and Lock, Stock and Two Smoking Barriers and it definitely did not disappoint.

Told from the perspective of Fletcher (Hugh Grant), a selfish and conniving private investigator who was hired by newspaper mogul to trail multi-millionaire British expatriate, Mickey Pearson (Matthew McConaughey) who owns a marijuana empire, through sheer tyranny, violence, and coercion. Word got out that Pearson is going to retire from his criminal career and plans to liquidate his weed farm to potential buyers including; Jewish – American billionaire, Matthew Berger and British- Chinese mobster, Dry Eye (Henry Golding). However, instead of relaying the information to and cooperating with the newspaper, Fletcher goes to the belly of the beast and decides to blackmail Raymond (Charlie Hunnam), who is the resident’s right-hand man of Mickey Pearson.

With Fletcher being an unreliable narrator, he hopes to exploit Mickey Pearson’s empire and his criminal activities through writing a movie script, called BUSH, which he is planning to sell to Miramax studios if he does not get his money. A very meta-reference about the film within a film, distributed by the said studio.

The movie is entertaining nonetheless, with nonsensical dialogue that borderlines offensive which makes viewers laugh nervously to every unpredictable turn of events. Every actors’ performance in this movie is hilarious and over the top. Hugh Grant who usually is typecast as the polished English gentlemen has been subverted into a grimey, calculating and obnoxious private investigator who has ill-intentions. Hugh Grant completely disappears into the character and leaves slightly amused about the actor/character conceit. The same with Henry Golding, the actor who played Nick Young in Crazy Rich Asians – he turned into a two-faced, arrogant gangster who had the audacity to rip off Pearson.

Much of the movie itself is a colossal conceit, which says a lot about the title of the film, “The Gentlemen,’ meant to be an ironic nod to the character’s unruly, destructive and violent personalities. Although with the black comedy, there were some distasteful jokes such as Raymond and Coach pronouncing an Asian name as a pseudo – swear word or Jewish billionaire speaking in a ‘stereotypically gay’ way- having a lisp.

After decades of directing films that are huge franchises such as Sherlock Holmes, King Arthur, and more significant projects, Ritchie finally gives his fans want they wanted in the Gentlemen. A chaotically organised, nonsensical movie filled with never-ending hypotheticals and lightning-fast dialogue for two straight hours that makes you want to watch it over and over again.