The Verdict On The Invisible Man: is it Worth Your Time And Money?? 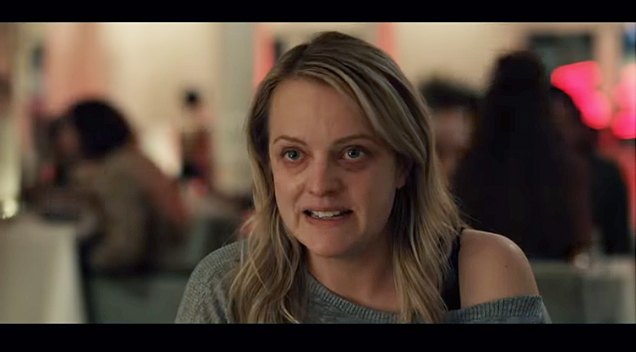 At one point, sharing cinematic universes were all the rage thanks to the successful formula perfected by Marvel studios. Universal Studios wished to have their own “Dark Universe” with remaking classic Universal monsters and bringing them together in an “Avengers” like story. After the colossal failure of Tom Cruises’ “The Mummy,” the “Dark Universe” concept was scrapped and all other Universal monster films were either killed on the spot or morphed/reworked into something completely different/original, like with what Guillermo Del Toro did with his award-winning masterful piece of work, “The Shape of Water.”

“Saw” director Leigh Whannell also made a significant turnaround with his new take on “The Invisible Man.” This time, the focus is not on the titular monster but rather on one of his victims: Cecilia Kass (Elizabeth Moss) barely manages to escape her barbaric ex-boyfriend Adrian (Oliver-Jackson Cohen) and go into hiding. Two weeks later, she received word he’s committed suicide and left his entire billion-dollar estate to her provided she remains mentally competent. Things seem to be go better for her until she starts noticing odd events, strange instances leading her to one disturbing and horrifying conclusion: Adrian isn’t dead, and worst of all, he’s found a way to disappear completely and is back in her life with no one believing her.

While clearly being fueled and influenced by the “MeToo” movement in the narrative and structure of the film, “The Invisible Man” rarely skews off into implausible territory and keeps everything from the emotions, the relationships, and even the science to a fairly intense lens of reality. Cecilia’s story is entirely relatable and cleverly uses that victim perspective to make the story connect on levels no other take on the “Invisible Man” story has ever managed to accomplish. This is very much her story and that paranoid sense of being followed manages to be amplified brilliantly by simple camera shots of basic landscapes and environment. Every hallway, front lawn or parking lot becomes a potential death trap with a faceless enemy looming out there.

This is a fresh take on an old classic that anyone can sit down and understand through its excellent filmmaking and simple but effective story cues surrounding the concept. Elizabeth Moss truly exemplifies the longing for power sensation after feeling so powerless for so long and striving to conquer her fears and her enemy. You feel every shiver across her spine, every disturbing sound possibly signaling his presence, so much is said in the most silent of scenes. The family that takes Cecilia in contributes to the dangers and risks this unseen threat is presenting. Even when the titular character is making a move, it’s carefully planned and calculated and feels very natural and dangerously realistic to how someone with this power would act.

I think the best thing to commend this film is its unpredictability. While some of the supporting cast fall into predictable roles and lack any real growth in comparison to Cecilia, the movie has some “blink and you’ll miss it” shocker moments that will leave your jaws firmly planted on the floor; all without the use of jump scares I might add. The secret behind the “Invisible Man” is quite a clever one (no spoilers obviously) and is actually something I could see being a real possibility with today’s technological advancements. It seems the collapse of the “Dark Universe” project has ultimately been for the best. It’s given directors creative opportunities to recreate these monsters in new and exciting ways through top quality films.

Overall, “The Invisible Man” is a masterfully sculpted horror-thriller that invokes the essence of a supernatural threat but modernizes it for today’s day and age with relatable subtext, moral messaging and empathic motivations. The simplest pan shot creates incredible tension every time and Elizabeth Moss embodies everything flawlessly from start to finish. This is how you update a Universal monster character and THIS is how you make a great film.