The Verdict On Sonic the Hedgehog: The Perfect Balance Of Quality Storytelling And Effective Hat Tipping 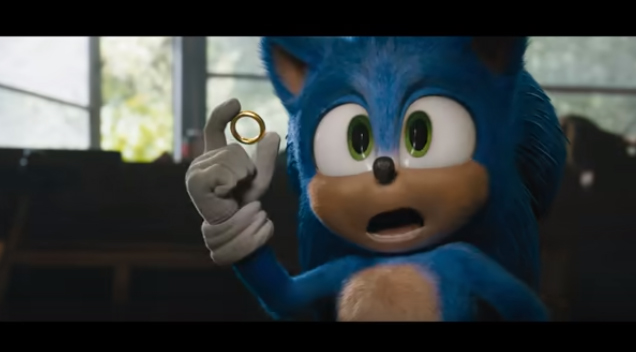 When it comes to movies, I always do my research before shelling out 10$ to go see it in the theaters. I like to know who’s in it, what’s involved and to get an idea of what I’m getting myself into. Trailers can sometimes make or break a film and determine right away if it’s going to earn their cash. When the first trailer for “Sonic” came out, people were instantly horrified at the bizarre (and frankly, flat out ugly) design for the titular SEGA mascot. The film was met with instant scorn and hatred from the internet and forced the studio to spend thousands of dollars to go back and fix Sonic’s design; making him look less “realistic” and more towards his traditional design. The change was greeted warmly by fans but…what about the rest of the movie?

The story leads our speedy blue hero, Sonic (Ben Schwartz) arriving on Earth to escape dangerous forces trying to steal his speed powers from his home dimension. After living in isolation Green Hill city and secretly watching local cop Tom (James Marsden), Sonic’s existence eventually alters the attention of the government. They dispatch Dr. Robotnik (Jim Carrey) to capture and study the otherworldly hedgehog. Now Sonic and Tom embark on a road trip to escape Robotnik, get Sonic back home and enjoy life on Earth one last time before his time runs out.

When I first heard this was a combo CGI/live-action blended film, I was deeply worried we were going to get another unwatchable heap of dumbed-down, brain dead garbage like the live-action “Alvin and Chipmunks” movies or the “Garfield” films. Thankfully, “Sonic” proved this film as more going for it than just a shiny, updated new design for the Blue blur. This story is about family and friendship; first and foremost. That may sound like a cheesy, sappy kinda message you’d expect to be beaten over the head within any typical kids film, but here, it treats Sonic more like someone longing to connect rather than relying on typical fish-out-of-water jokes. There is a connection being made here and it’s working on the cast as well as the audience.

Having Sonic be lonely and longing to connect with someone creates a warmth and a sense of purpose that feels very real and touching without playing it up for laughs or making it too serious to stomach. I’ve seen many incarnations of the iconic speedy hedgehog and this is by far the most likable and, more importantly, the least obnoxious. The humor goes hand in hand with the film’s values and morals and relies on the strength of the character’s bonds rather than overloading it with Easter eggs and in-game references. “Sonic” manages to strike the near-impossible perfect balance of quality storytelling and effective hat-tipping to please all audiences.

Schwartz is the perfect voice for Sonic. His youthful energy and quick-witted one-liners make him likable enough that, no matter how long he’s on-screen, he never wears out his welcome. I adored his relationship with Tom and felt Marsden was a great companion for Sonic’s juvenile antics to work off of. But as everyone has no doubt already announced on every media platform, Jim Carrey is the real core of the film as Dr. Robotnik. Carrey is back in top form; cranking out the zaniness and gold comedic timing he hasn’t whipped out since “Batman Forever.” He’s energetic, funny, fully commits to the eccentricities Sonic’s nemesis is known for and never EVER misses a beat. There’s never a dull moment or disappointing scene with him in it and I greatly look forward to seeing what he will do with Robotnik next when sequel time comes.

Overall, if I had any negative points with “Sonic” it’s that I feel there were missed opportunities with the government’s involvement in trying to catch Sonic. They vanished as quickly as they came and it felt like some more could have been done there. However, the warmth and surprisingly spot-on humor more than makes up for whatever the film lacks. Marsden and Schwartz make a top-notch duo, the fun and humor work with many ages on many levels and Jim Carrey is back in full force and he makes it impossible not to have fun when he’s around. “Sonic” is a prime example of how quality video game movies can be and here’s hoping that will continue into a franchise with many sequels to come.