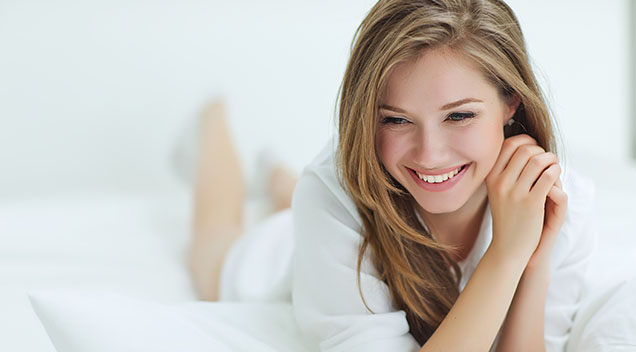 Today’s Gen Y culture epitomizes the catch-cry of the 21st century: louder, faster, better, more. Mick Jagger got it right four decades too early when he famously crooned, “I can’t get no satisfaction.”

The modern society operates like a perpetual race, with everyone living in constant competition. Our music must be loud and aggressive, our clothes expensive, flashy and cutting-edge, and our cars – don’t even get me started. If you don’t own a hotted-up S15 or if your friends can’t hear the thunderous grumble of your exhaust or the deafening ‘doof doof’ of your subwoofers, then you’re nobody, man.

Our televisions take up the size of entire walls, yet our phones are as thin as wafers and weigh about as much as a feather. And, as if mobile phones with internet, 48-megapixel cameras, personal diaries, inbuilt mp3 players, Bluetooth and a dizzying smorgasbord of games and accessories weren’t enough, we decided all of a sudden that we don’t want buttons (someone please tell me what all the fuss is about the latest iPhone?)

And then there’s the maniacal blur that is the entertainment and social scene. Gone are the days when clubs were spaces where people simply got together to dance. No, the modern-day club scene, with all its flashy, revered DJs, scantily-clad promo girls and an unrelenting slew of upcoming events is now the locus of all that is loud, fast and in-your-face.

The beats blare heavier, the heels get higher and the dresses get shorter. It’s not a party if everyone isn’t flying high on a hazy, tobacco and alcohol-induced euphoria, interrupted only by the blinding flash of a camera as the clubbers smile drunken grins that show up on Facebook the next day.

I feel that I am equipped and properly (if not overly) qualified to say this because I used to be one of them. In fact, throughout my teen years, you could find me in the thick of it – club promotions, constant partying, you name it. For years, like many of us, all I lived for was good times, great music, and my friends.

Until the unbelievable happened: I got tired.

Yup, the perennial party girl was exhausted. The hard-and-fast culture was fun, for a while. But I desperately craved something more, a ‘happiness’ that didn’t have me waiting the entire week to experience only to fade drunkenly after a few hours.

I was relieved to find, in time, that is was a sentiment multiplied exponentially due to general exhaustion with the ‘faster, better, more’ culture reflected in clubs and in society at large. People are frustrated with the underlying pressure to buy more and spend more in order to entertain and adorn themselves in some kind of lost, misguided quest for happiness.

Is this just ‘life’ in the 21st century or is there a way out of this crazy, modern, materialistic jungle?

The only snippet of wisdom I can offer are these three simple words: Quality Over Quantity.

We need to recognise that there are ways we can still live our lives happily and comfortably without conforming to obsessively materialistic and insatiable consumer culture. The media often dictates that we are happier with more, promises us that we can find fulfillment in shiny new things and fancy events, and tells us where to find these (namely, malls, clubs and anywhere we can spend our money).

Yet often people find that the happiness and acceptance sought at nightclubs only lasts for a few hours and instead, leaves them a hundred bucks poorer and with a hangover come Sunday morning. The shopper’s high (this, I am an expert on) is inevitably followed by remorse when the credit card bill comes in. And the plain truth? Having these ‘outer’ objects does not necessarily guarantee what we really want, which is happiness.

I’m definitely not trying to discredit these channels of making you feel good – they do provide, albeit short-term – but what I humbly suggest is that true satisfaction lies in slowing down, not speeding up. Less is indeed more. Cutting loose on a Friday night is not confined to certain spaces (gasp!) and you can be just as happy (and less hungover) by spending ‘Q’ time with friends and family, or even taking some ‘me’ time.

The great Frederic Chopin put it beautifully when he said: ‘After one has played a vast quantity of notes and more notes… it is simplicity that emerges as the crowning reward.’