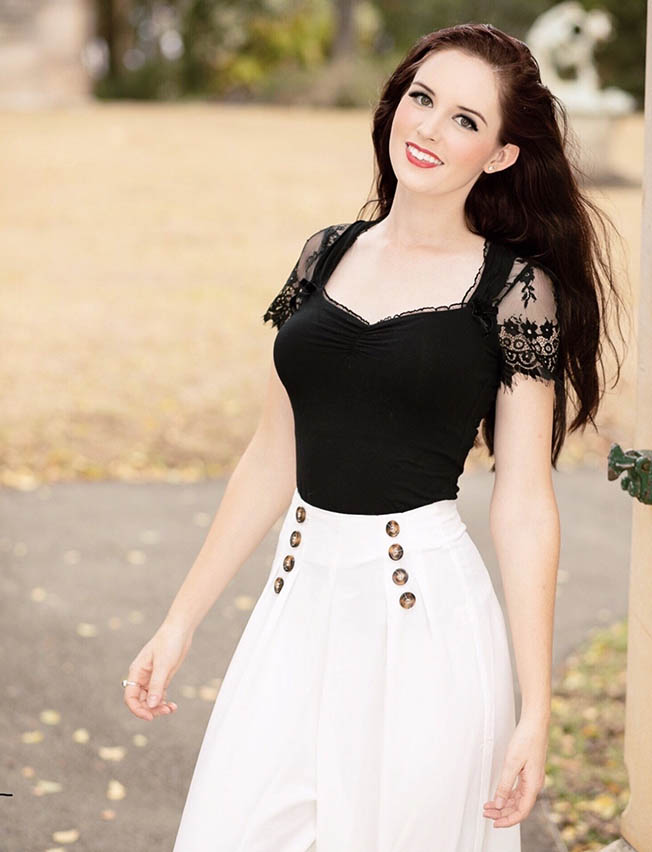 Known online for her style and looks today, most people don’t know that Brielle Streater actually endured seven years of intense schoolyard bullying before she became who she is now. “After enduring seven years of severe schoolyard bullying, and much deep thinking, I made the spontaneous decision to study in courses I never would have imagined, resulting in the start of my business and the commencement of a very long road trip throughout Australia,” she revealed. Although she went through such a heartbreaking ordeal, it paved the way for her to start a business. This painful experience led to a very long road trip throughout Australia where she was able to heal me from the scars of bullying and also regain her confidence. In that time she became a promotional model and an influencer with a substantial following on Instagram and her travels also opened many other doors for her. In fact, she even became a National Youth Ambassador and Spokesperson for an Anti-Bullying Advocate and Organisation called Angels Hope.

StarCentral Magazine recently caught up with Brielle Streater to discuss her journey to building her brand and her business and here’s what went down:

Tell us your full name and something about yourself.

My name is Brielle Streater, and at age 18 in 2014 after completing my HSC I chose not to attend schoolies and found myself sitting on the 34th floor in a lawyer’s office learning how to commence my own business and the trademarking of a business name. It wasn’t my initial goal for I had been accepted into Early Entry Policing and Justice Studies at Western Sydney University and also studies in Theatre Set Design. After enduring seven years of severe schoolyard bullying, and much deep thinking, I made the spontaneous decision to study in courses I never would have imagined, resulting in the start of my business and the commencement of a very long road trip throughout Australia, presently sitting on the 485,000kms through Australia since 2014. Travelling Australia did a lot for me, it healed me from the scars of bullying, it gave me back confidence, I explored everything about Australia from history to nature to the beauty of the people, and in that time either studied online or came back to Sydney to study part-time, and also work casually as a promotional model to help fund my travels. I also built my business up and whatever money I made from content creation went into my travels. My travels became my place to capture my images as I fell completely in love with the landscapes of the Outback and country regions. it gave me opportunities to meet so many different people all traveling for a reason, all had a story, inspiring me endlessly. I commenced using social media, largely Instagram for sharing my travels in 2014. It was through sharing my images that my work was used by some of Australia’s larger companies, and some smaller ones in the US. It opened many doors, and in 2015 I was interviewed by a local radio on my travels and what led me there. That radio interview was picked up by an Anti-Bullying Advocate and Organisation Founder called Angels Hope. I became a National Youth Ambassador and Spokesperson for them from 2015 – 2018. That wonderful amazing opportunity led me to meet inspirational people and other organizations in Anti-Bullying, and I am now an Ambassador to a small NZ Anti-Bullying Organization called Suzy H Child Advocate and Anti-bullying Foundation; The Phoenix Rising Foundation (Australian Foundation just birthing); and advocate for Anti-Violence Movement Enough is Enough. I remain a firm follower of the work of Angel’s Hope, and also Dolly’s Dream.

My travels united not only my love of Australia but opportunities to speak and share about Anti-Bullying. Over those years I studied diplomas and a few certificates in creative industries: Film, Screen and Media; Photography and Imaging; Digital Media Marketing; Performance Theatre; Live Theatre Production; Broadcasting; Costume Design; Writing; and varying short courses in screen and media at Nida. Though with the influx of photographers and content creators the photography world became challenging, thus, I was pushed to another direction. With my growing love of philanthropy work and interest in Anti-Bullying, my ultimate career goals completely changed. I am now halfway through a degree in Psychotherapy specialising in Art Therapy. I still continue my business part-time and plan to continue to do so.

My interests outside study are anything outdoors. I particularly love horse riding, four-wheel driving, car drifting, deep-sea fishing, boating, PlayStation 4, Cosplay, my travels and a very deep love for Australia and Ireland (family). I also study the Irish Language at the Sydney Irish Language School and love being involved with their activities.

I have grown up in a family with a lot of cancer and learned to always turn the negatives into positives, to flip it, and I still do this today. 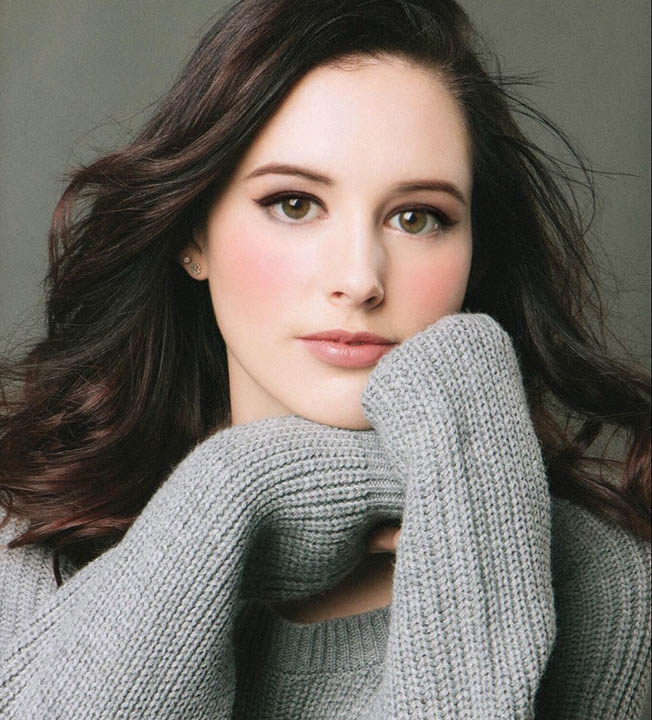 How did you get into the modeling industry? How were you actually ‘discovered’?

I was introduced into modeling by my grandmother, who was a model herself when she was young. She had me attending the different courses with June Dally-Watkins starting at age 14. I was offered several opportunities though I knocked them all back, and it was not until I was working as a photographer and I was approached by companies to stand in front of the camera instead of behind that things changed. This led to some very talented Australian photographers doing shoots with me and one thing led to another.

What do you like most about being a model?

Modeling to me is an opportunity to bring forward female empowerment; to show those girls who are being bullied, we can all stand back up in whatever way we wish and keep going. Despite words, we are all beautiful and you need to be proud of who you are. Modeling has also enabled me to meet many interesting people, from all different careers. It has helped me immensely with confidence and led me to the wonderful world of pageantry in which I held the crown and traveled to the US as Miss Australia International 2018.

The downside to being a model?

It is not an easy career due to the large numbers already in the field or trying to break in.

What has been the most memorable experience of being in the modeling industry so far?

My most memorable experience was modeling for the iconic Australian company Akubra. The Akubra hat was something I had dreamed of owning since a young girl and I finally purchased one at the start of my travels in 2014. I now own 12 Akubras and try to always have them in my social media shots. To be featured in their marketing here and overseas, and their calendars were the biggest honour and something I will forever be proud of. 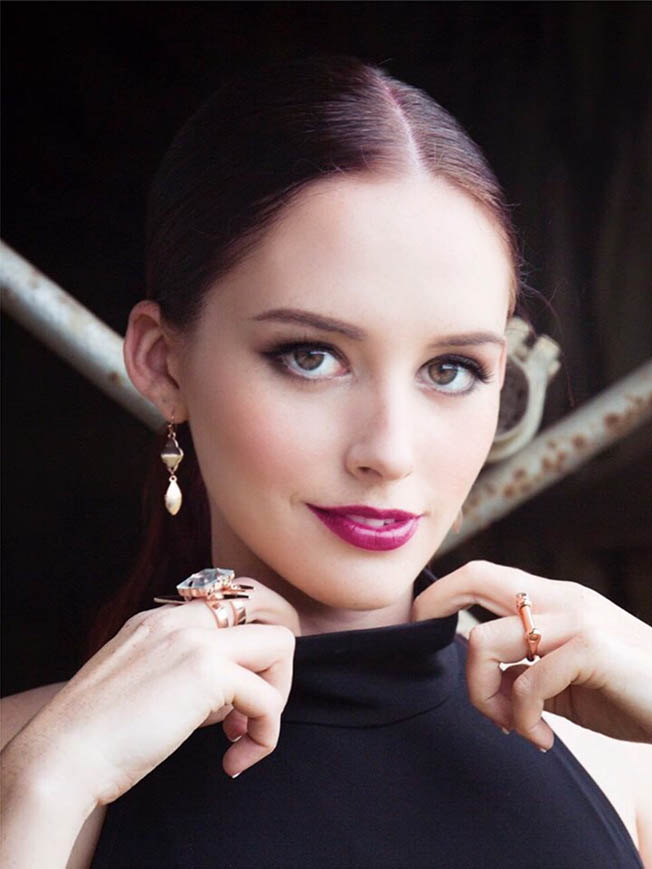 In my travels, I have had the opportunities of meeting many famous people such as actors, authors, race car drivers, politicians and I have loved listening to their life stories. I’ve met relatives of some of our infamous bush rangers, University historians, to miners and farmers sharing stories of despair of living on the land.

In modeling, pageantry, promotional modeling and cosplay modeling I have been fascinated by the many people who have kept going, either the model, the photographer, to those involved in event management and magazines. To pinpoint one particular person is difficult as so many inspire me. Three photographers who have stood out to me as I love listening to their experiences and find them inspirational are Marc Skinner, Andrew Donato, and Jolanta Morgan.

In philanthropy, one man…Ken Marslew the Founder of Enough is Enough which is an Anti-Violence Movement. I could listen to him speak all day. He’s the most inspirational man as he never gives up on what he believes in. I hope I will be like him one day.

What has been the most valuable lesson you’ve learned while in the modeling industry. This can be about the industry or yourself.

I strongly learned to believe in yourself and if you slip up, keep going. In the US when I represented Australia as Miss Australia International, I was extremely nervous, I was just released from a week stay in hospital with kidney problems the day before flying out. I doubted myself immensely; not feeling well left me worried about how things would go. Though once there, meeting the other girls who were also models, everything flowed, even when I had to publically speak on Anti-Bullying in a dress that no longer fit me so I kept slipping down. You eventually get into the swing of it, your worries disappear and you walk away knowing you gave it your best. Modeling has enhanced my confidence, my self-belief and the lesson of just getting in and giving it your best. 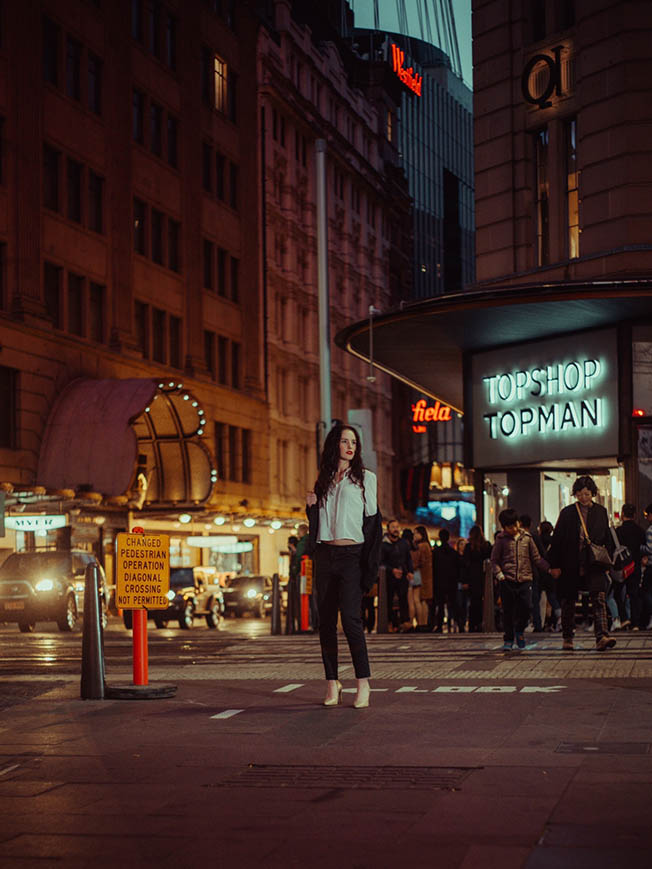 I have stayed grounded, very much, as staying true to yourself and who you are, are the most important aspects. If you can bring that through in your work I believe it’s important as it presents your natural character and individuality.

Is your family supportive of you being in the modeling industry?

Yes, very much, someone often comes with me to the different shoots. We are a very close family and they are very supportive of all I do. For that, I’ve very grateful.

My future plans involve continuing my business and working eventually in the field of Psychotherapy (art therapy). I have two areas of interest – either children and youth with autism or individuals in correctional services. I hope to continue my modeling as long as more opportunities arise. 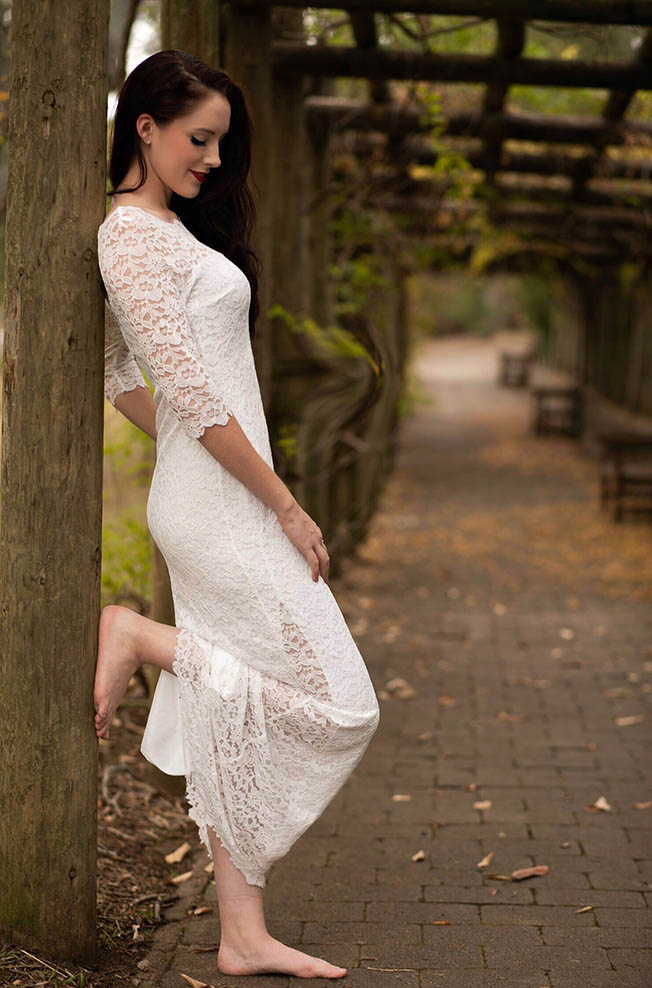 2. What do you consider beautiful and why? I consider a sunset the most beautiful of things; in a person, I honestly believe beauty is within. The compassion and kindness. The outside is a shell that sheds.

3. What haven’t you done yet that you wish you could? My dream is to climb Croagh Patrick. It is situated in County Mayo, Ireland and is the sacred mountain of St Patrick.

4. Complete this sentence: “If I had no fear, I’d…” I’d take the jump, and live in Ireland for six months

5. What is the one “flaw” you wouldn’t change about yourself? My shyness and social awkwardness. I used to hate it, but now I’ve come to terms with it, and through it, I’ve met the most beautiful people. 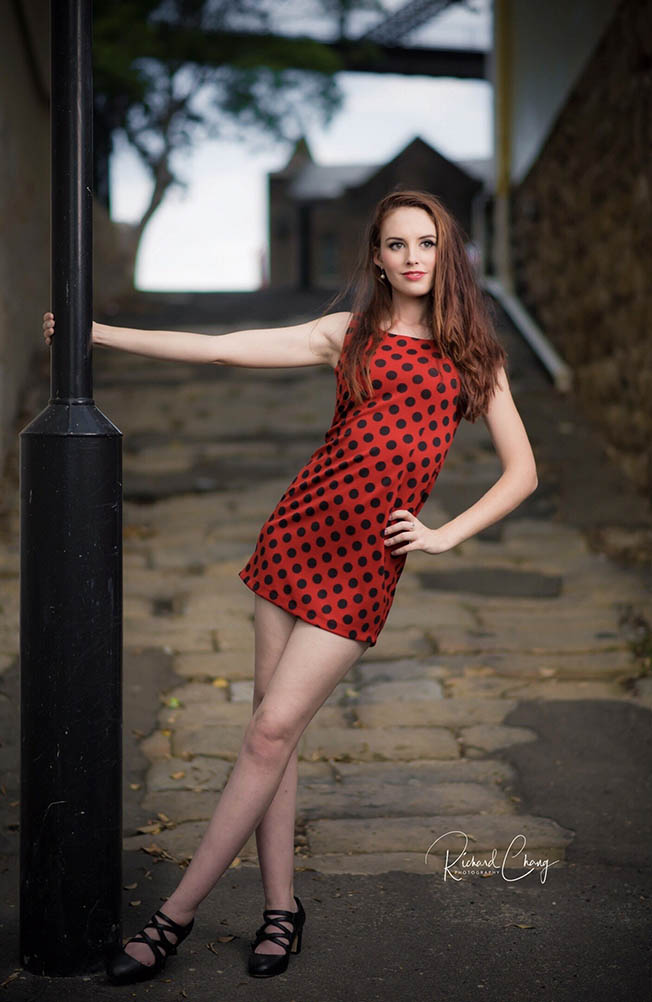 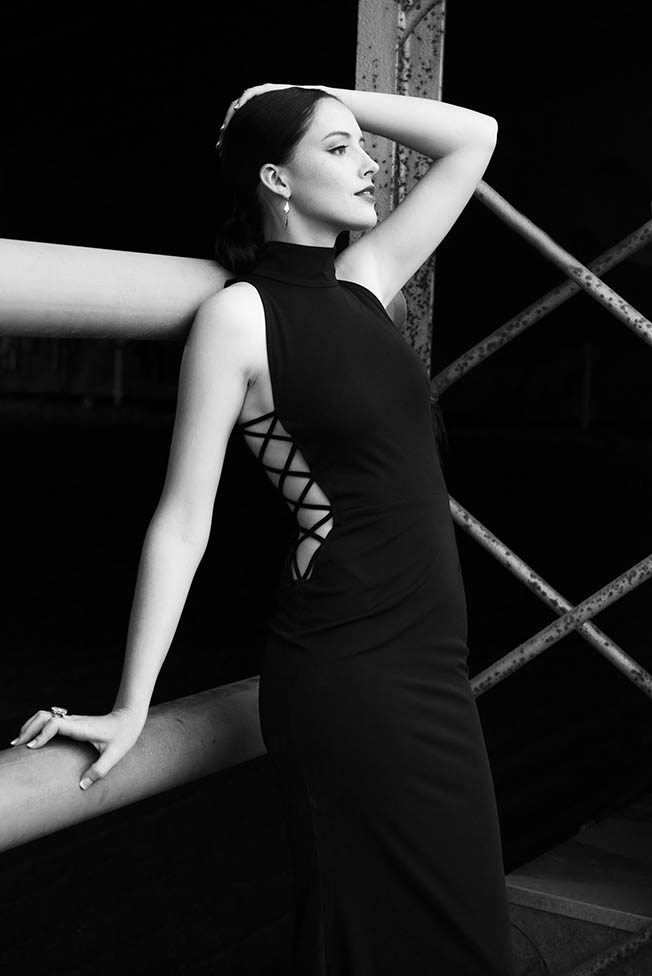