Unlike other mainstream magazines such as Who, People, FHM or Maxim, StarCentral Magazine is not the sort of outlet that you’d come to in search for a list of the sexiest, most desirable or most beautiful celebrities in the world. StarCentral Magazine’s sole purpose is to promote local talents and models from all over the world. It is our aim to promote the overlooked, the untapped, and the undervalued as well as the hottest upcoming models and talents out there that deserve to be recognized. We now present to you our very own hotlist – welcome to StarCentral magazine’s top 10 sexiest and most fascinating women of the month for the month of May 2020! 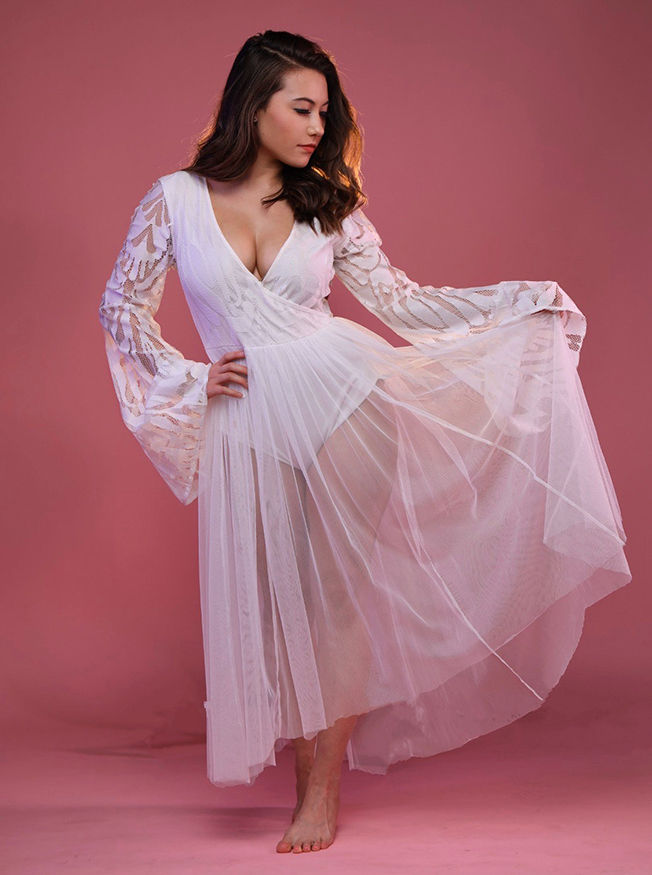 Sasha Sander is a stunning Instagram model and a news producer for a station in St. Louis, Missouri. She started her Instagram account (sasha_emiri) two years ago and now she has over 85,000 followers. Her personal mission in life is to live it to the fullest and help people along the way. 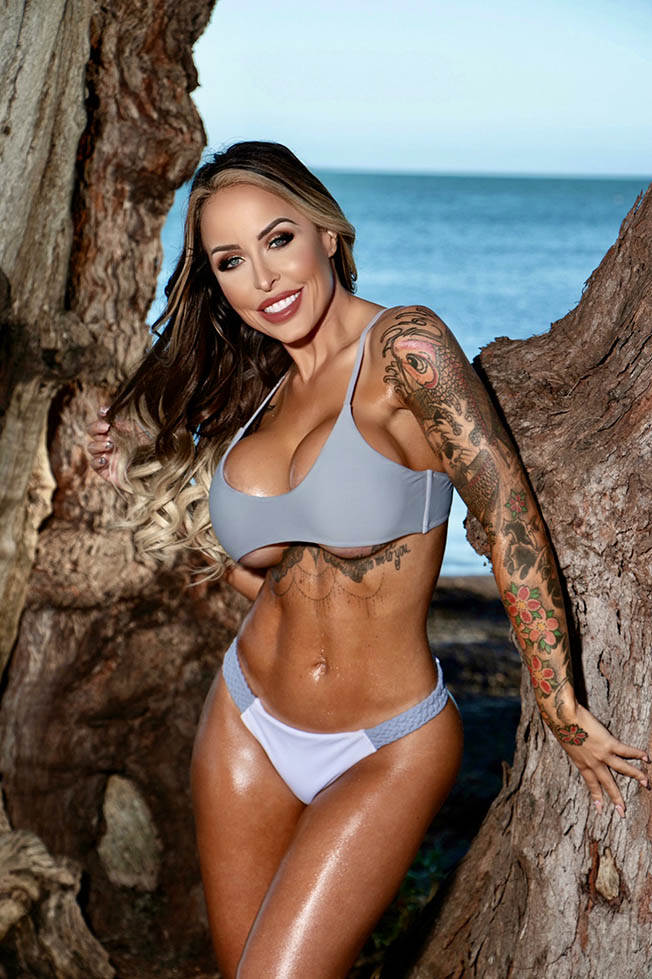 Aviannah Élise is a lover of animals, football, baseball, and fast cars – she’s also a fitness icon. Currently based in Miami, Florida, she was born and raised in sunny San Diego, California. She started modeling at the age of 17, as a foot and hand model. Her passion for being in front of the camera grew more and more though and she eventually found herself posing for international magazines such as Moll magazine and Playboy Croatia. 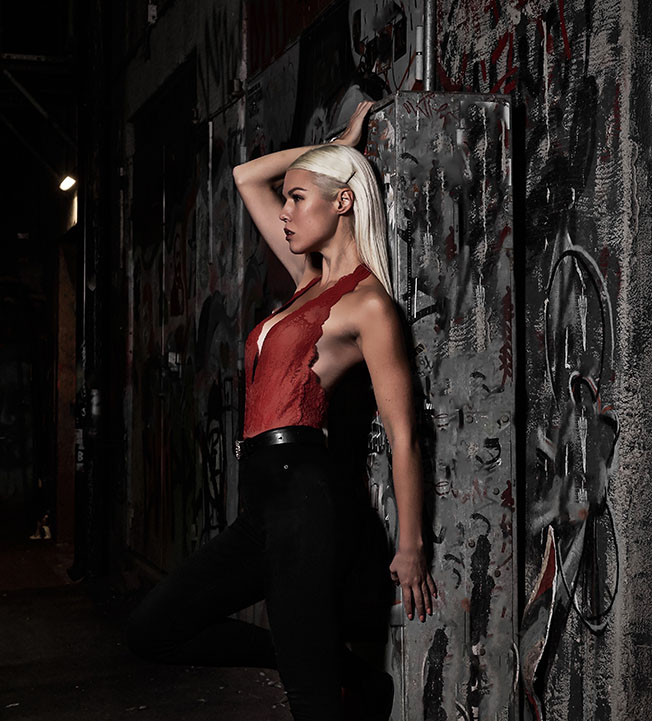 Isabell Tinred is a model and a full-time acting student who’s currently in her second year in acting, drama, and performance – she also works part-time at a hospital. Her career in the world of modeling began when her sister saw an advertisement on Facebook back in 2017, an organic clothing company was looking for a model for their brand. Since she values caring for the environment and she’s always been curious about modeling she saw it as a perfect opportunity to get into the industry. She applied for the role by sending them her photos and she got the job that very same day. Since then she has appeared in been in several theatre and musical plays and she has also appeared as a runway model for Cannes fashion week as well as other fashion shows in Portugal, Spain, and Sweden. 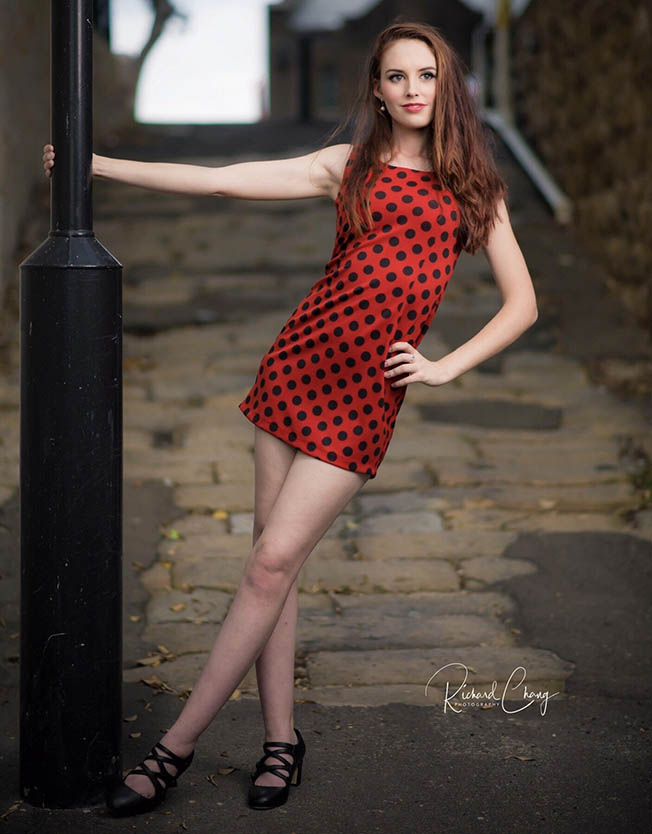 Known online for her style and looks today, most people don’t know that Brielle Streater actually endured seven years of intense schoolyard bullying before she became who she is now. “After enduring seven years of severe schoolyard bullying, and much deep thinking, I made the spontaneous decision to study in courses I never would have imagined, resulting in the start of my business and the commencement of a very long road trip throughout Australia,” she revealed. Although she went through such a heartbreaking ordeal, it paved the way for her to start a business. This painful experience led to a very long road trip throughout Australia where she was able to heal me from the scars of bullying and also regain her confidence. In that time she became a promotional model and an influencer with a substantial following on Instagram and her travels also opened many other doors for her. In fact, she even became a National Youth Ambassador and Spokesperson for an Anti-Bullying Advocate and Organisation called Angels Hope. 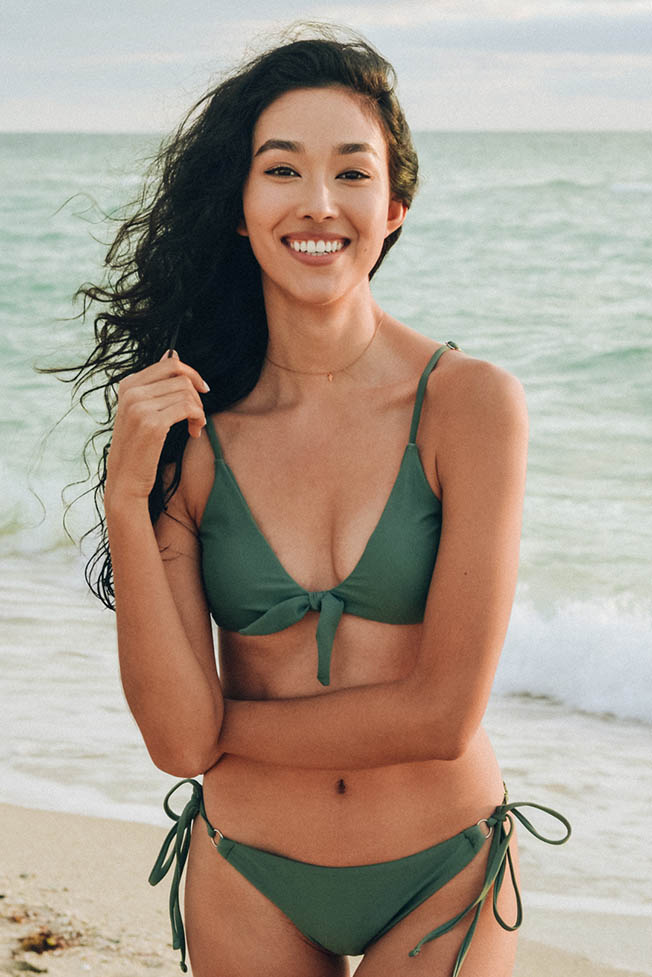 Kaitlin Marianelli may look stunning in the outside – but she also has brains to match her beautiful face and toned body. Her field of study is in fact Nanomaterials Engineering, and she eventually wants to work in fields such as tech, robotics, or aerospace. She was initially discovered by her agency via Instagram while she was doing her Master’s degree. She immediately signed with them after graduating and for the next 2 years after that, she lived in Asia, getting signed with other agencies in Hong Kong and Japan. 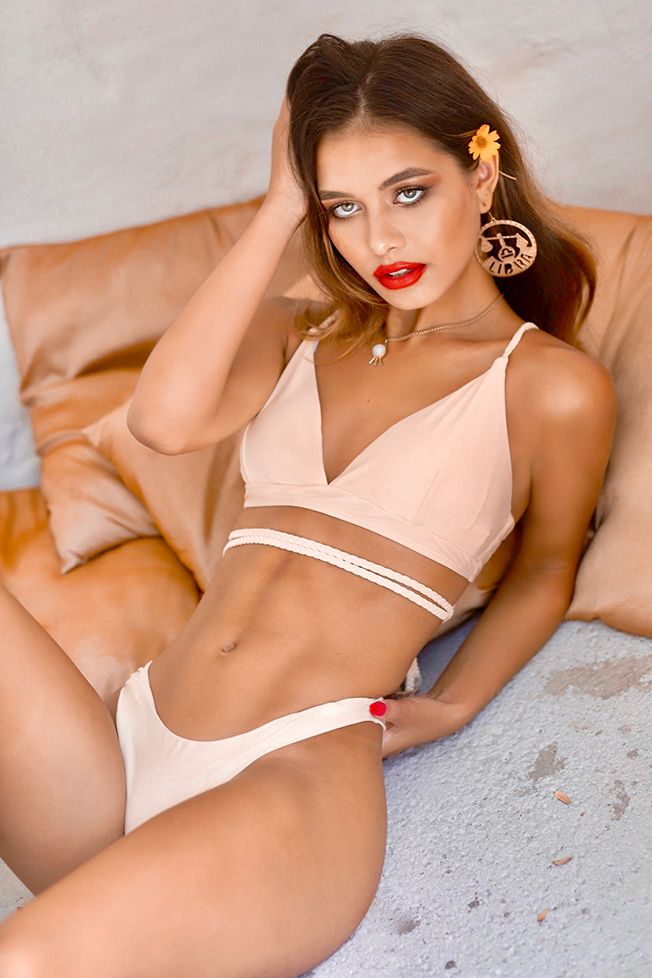 Lydia Bielen is a stunning model who hails from Georgia, USA. She grew up in a small town with her mother, her 2 sisters, and her grandparents. She was a teenager waitressing at a restaurant in her home town when she was first discovered. An agent came in to eat, saw her, gave her a business card, and said to call them and she was assured that she would never work in a restaurant again – the rest you can say is history. 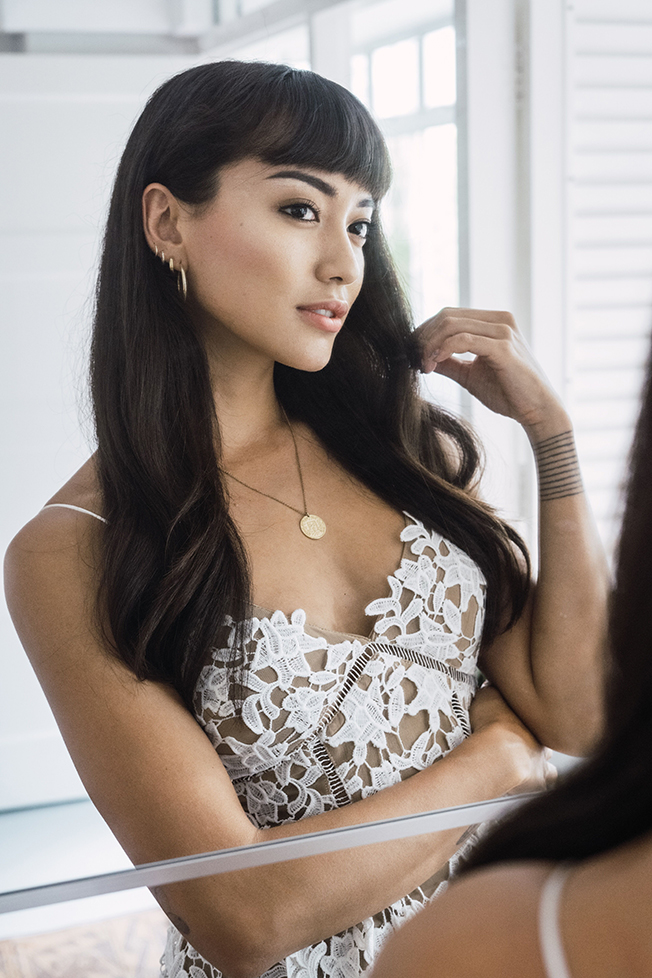 Hanli Hoefer started her career in modeling working part-time for small business owners and blog shops. Eventually, she reached out to her mother agency Avenue Management as she believed that she could model full time and she wanted to learn more about the fashion industry. After 2 years of successfully modeling fulltime, she auditioned for MTV Asia, she won the part as a presenter and the rest you can say is history. 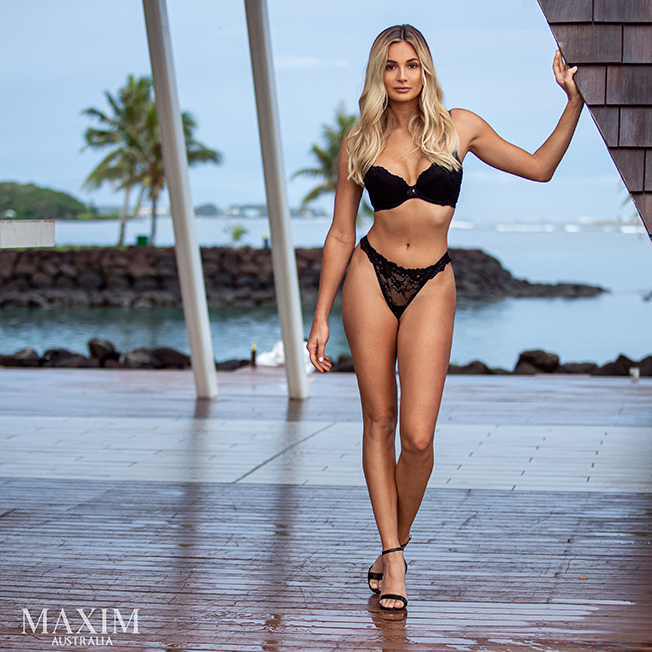 Katie Postl started modeling at the tender age of 7-years-old. Her mother owned a promotional modeling company and there was this one time when one of her clients needed a kid model, but since her mother never worked with kids she had a bit of a problem. Enter Katie – she stepped in and auditioned for the role and she easily landed the part. She was only about 7-years-old at that time and she already achieved her first magazine cover – which is a big milestone for any emerging models. Eventually, Katie was signed by a modeling agency and thus, her modeling career began. 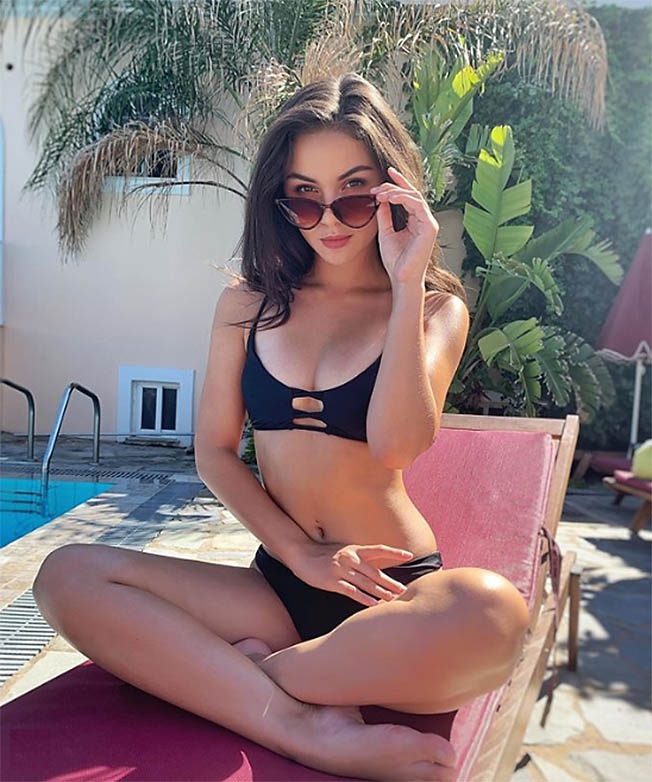 Vindy Krejčí initially never had any plans of becoming a model, but when opportunity knocked on her door – she decided to take a chance, and now she couldn’t be happier with her decision. Vindy is a half Vietnamese and half Czech model who’s currently based in the Czech Republic. She was fifteen when she appeared in her first fashion show and she loved the experience so much that she went on to appear in more fashion shows. Besides modeling, Vindy has also done quite well in the pageant world, she won the title Miss Karkulka Mácha in 2015, she placed 3rd runner up in Miss Caddy 2014 pageant and she also placed top 10 in the national beauty pageant, Miss Czech Republic. 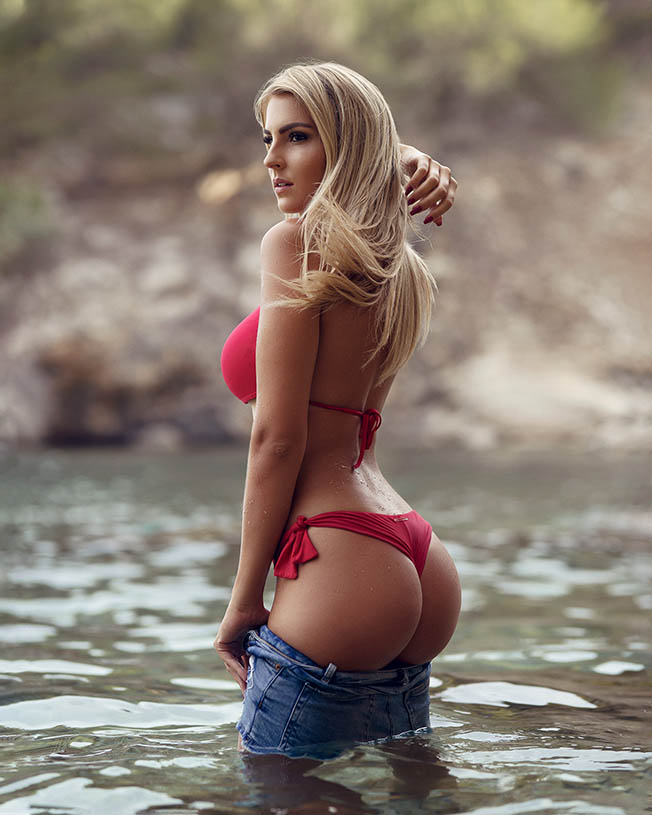 Before Melanie Zehner got into modeling and graced catalogs and the cover of a magazine, she was a girl living in a small town in Austria. Melanie was in a shopping center when a chance encounter led to her big break. She was onlya1o when a shopping center’s marketing coordinator spotted her. She was approached and asked if she wanted to be the face of a new magazine. She eventually got the gig, and this encounter piqued her interest in modeling. From there, she went on to become a professional model, and she has even done modeling internationally. 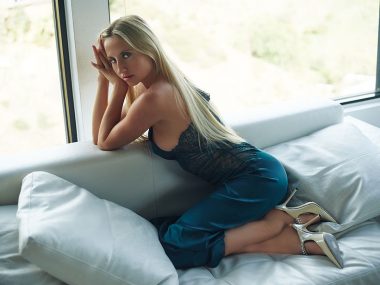 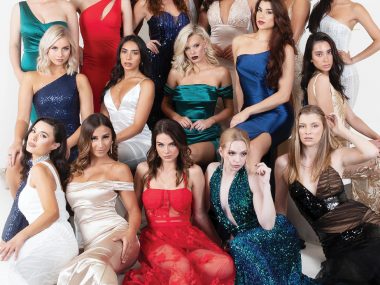