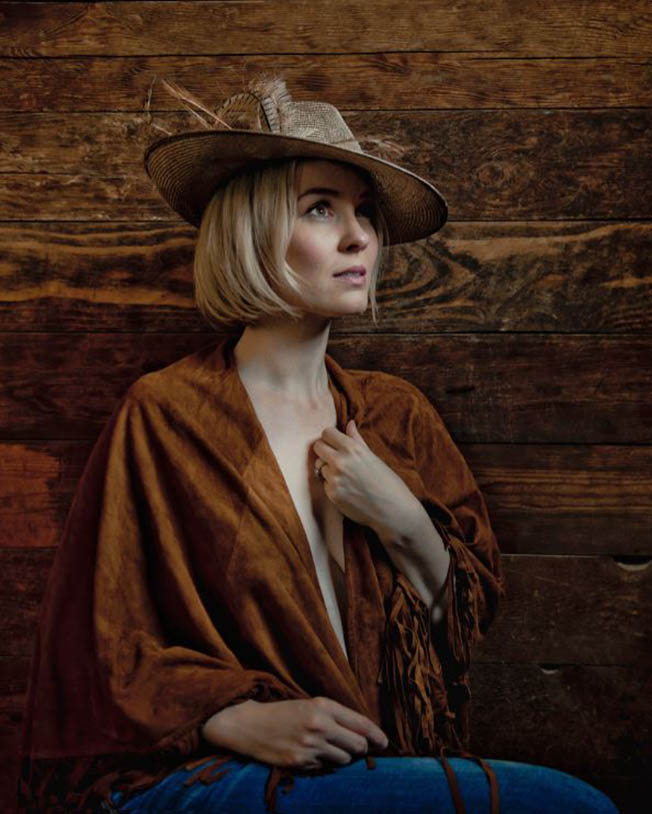 Americana singer/songwriter Jesse Lynn Madera blends her country/soul-infused music with her poetic words of wisdom. The Nashville based musician is hoping to catch the attention of country, soul, and jazz-loving individuals around the globe with her album, “Fortunes.” Here’s a link to the Spotify pre-order: Jesse. The album features a duet with critically acclaimed actor John Hawkes and Australian-born, LA-based singer/songwriter Joel Taylor. Madera produced a bulk of the album herself, with some help from Paul Redel (mixing on Leslie Odom’s recent album and engineered the 2017 ZZ Ward album), mixing by Ryan Hewitt (Tom Petty and The Heartbreakers, Sheryl Crow), mastered by Eric Boulanger of The Bakery Studios (Hozier, Randy Newman, Harry Connick, Jr, Rufus Wainwright, Neil Young) and featuring incredible strings by Stevie Blacke (Pink, Chris Stapleton, Rihanna).

Hailing from the rolling hills of West Virginia, Madera’s love for music grew out of a family affinity for all things harmonious. With household gatherings often centering around song and expression, her unique musical upbringing aided in driving her passion for performance. Mentored in piano by renowned father of Rock ‘n’ Roll, Johnnie (“B. Goode”) Johnson, Madera takes pride in the instrument having remained a constant in her journey as an artist and in her music. She also took up a fascination with poetry around the same time, and it is this love for the written word which led her first to theater and then to music. Following her musical education at NYU, Jesse Lynn Madera has gone on to release two breathtaking albums to date, with “Fortunes” as her third full-length release.

Championed by husband and versatile actor Hemky Madera (“Queen of the South”), Jesse’s charismatic songs have attracted a diverse group of people who continue to seek music from the up-and-coming artist. With tracks smoothly intertwining the deep emotion of jazz with the cool, humble songwriting of American soul, Jesse’s folk-tinged country melodies in “Fortunes” stand as an impressive addition to a profoundly eloquent musical catalog.

StarCentral Magazine recently caught up with Jesse Lynn Madera to discuss her new album and here’s what went down:

– How did you get started in the music industry? How were you actually ‘discovered’?

I’ve been playing music all my life but decided to go to school for theatre. I’m glad I did because it really helped me with my performance on stage. After I graduated, though, I had no desire to go out and audition. I made the choice to get serious about my songwriting and started booking shows for myself. Honestly, I don’t know that I’ve been discovered in that classic movie “We’re gonna make you a star, kid!” sort of way. I’ve been discovered by myself, and by some people who are moved by the songs. It’s kind of a nice place to be. I don’t really have any pressure outside of the demands I put upon myself. Being an indie artist is being a business owner. When things aren’t happening, it’s my own damn fault. When they are happening, I feel empowered.

Time seems to stop, or at least it becomes irrelevant. I can be in a room full of people, and it feels like all the heartbeats synchronize. There was some scientific study I read that said that people’s heartbeats line up when they’re watching plays. Isn’t that fascinating?

– Can you tell us about your album “Fortunes?”

Particularly when it’s consumed in its entirety, it has a transporting effect. Not everyone is going to love it, but, for the people who do it is somewhat hypnotic. I really love it. It took a few years to get the sound right where I wanted it and could feel proud of it. I’m proud of it now! I love the strings. They were arranged by Stevie Blacke. There are two gorgeous duets with Joel Taylor, and actor John Hawkes. Some of the songs were co-produced with Paul Redel. He took the lead on producing “You, With the Sullen Eyes” and “Sentimental.” He is extremely talented. I love working with Paul! 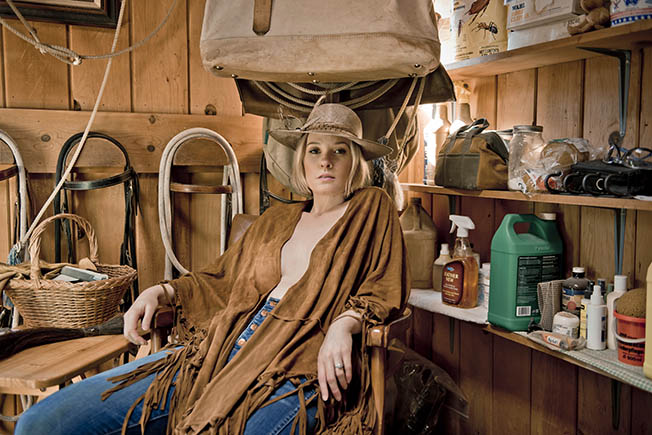 – What sort of person is going to love this album?

People who love poetry and who pay attention to words, people who meditate. It’s not a dance album. Not to say that I don’t love a good beat, I really do, but this album is more like a collection of lullabies.

– What inspires you to be creative?

I’m not really sure how to tie that up with a bow and give a tidy answer. Inspiration comes from all sorts of unpredictable situations, people, and objects. Right now, I have a family portrait that my grandmother mysteriously never finished. My aunt and uncle went on a hunt for it and found it in their garage, and now it’s on my fireplace mantle. My grandmother’s likeness is just a pencil sketch, and we’ll never really know why. The poetry in that seems to be endlessly inspiring to me. I’ve already started two songs.

– Is there anything special that you do to get into a creative mindset?

The only constant I’ve found is that I need to not be stressed out.

– What message, if any, do you try to put into your work?

Hope. I don’t avoid singing about misfortune. In fact, I think all of my songs are heavily anchored in sadness. Life can be so sad though. People are broken-hearted. My songs acknowledge that, but I also acknowledge that there is so much more to see and feel. We can be sad, and we can also be in awe of the glorious beauty surrounding us, all at the same time. We each have a symphony of feelings swirling around inside. Life is beautiful.

– What has been the most memorable experience of your career so far?

My first live gig with a band will always be my favorite memory, because it took so much bravery for me to get to that place, internally. It was at The Bitter End in New York City, and my family flew in. The sound guy always got on his mic in the booth and introduced the act. I was hooked after that. I had black patent leather heels on, and I took them off while I was performing. I never saw them again!

– Do you ever find yourself unable to express your creativity to the fullest?

What kinds of things inhibit you? Yes, unfortunately. I am truly my own worst enemy and critic. If I get stressed out, and I don’t see a way out, I get paralyzed. If I’m worried about my family, or my friends, or if I’m in a fight with someone, I internalize it and attack myself first. I can’t write under those conditions at all. 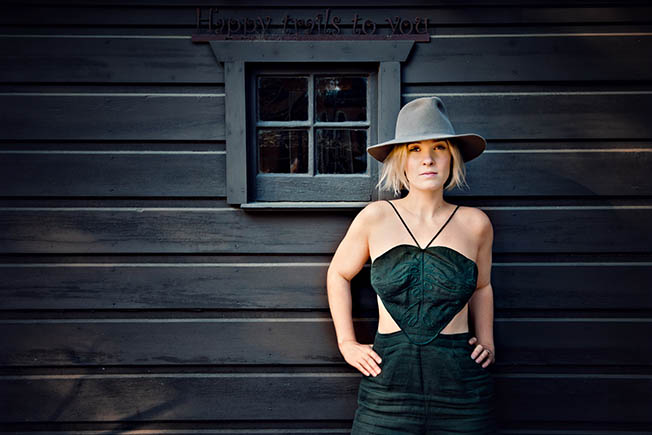 – Who is your greatest influence?

I have a few; it’s hard to pick just one. I’m a huge fan of singer-songwriters, especially ones who have been around for a while. Joni, Dolly, Willie, Robert Earl Keen. That’s the very short list!

– Do you feel that you chose your “passion” or did it choose you?

– If you hadn’t chosen your field, what would your alternate field have been?

– What are your future plans? Inside your career or out of it.

I have several more albums planned, including a collection of covers. 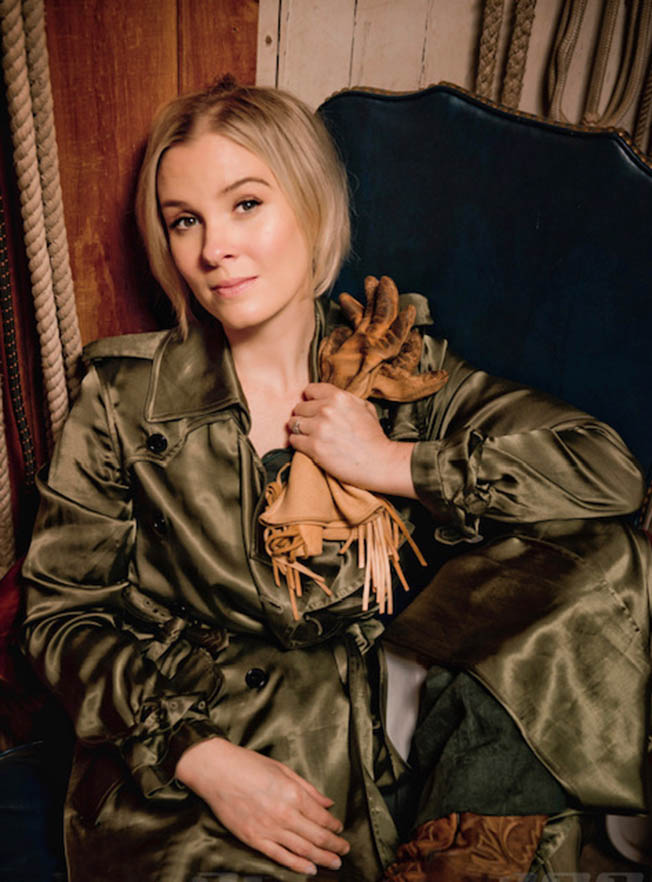 2. What do you consider beautiful and why? Laugh lines, because even beyond showing a sense of humor, they show intelligence, optimism, and resilience.

3. What haven’t you done yet that you wish you could? Publish a book of poems.

4. Complete this sentence: “If I had no fear, I’d…” Write my personal and family life into a script.

5. What is the one “flaw” you wouldn’t change about yourself? My goofiness, in particular, what my eight-year-old son refers to as my “dying goat laugh.” I’m pretty sure it’s genetic!