Rising Star Spotlight: Get To Know The Gorgeous Amanda 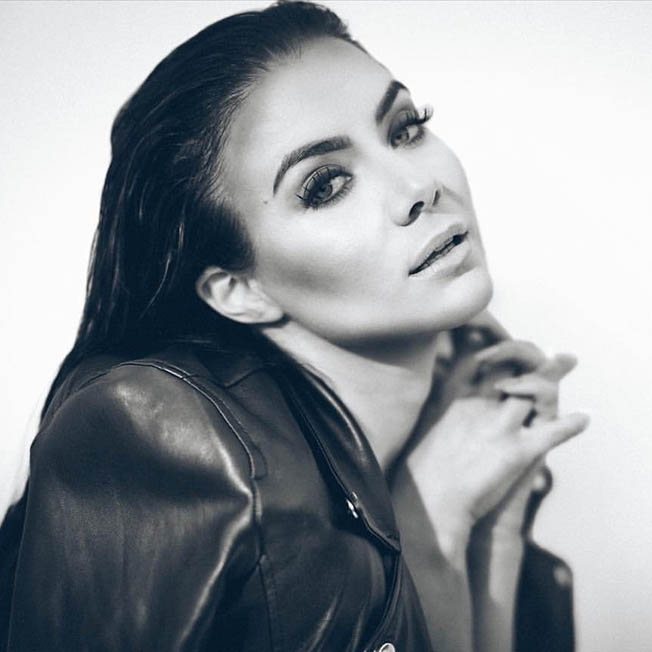 Born and raised in Cumbria, England, Amanda lived in a tiny village for most of her life and she was drawn to music at an early age.

In 2002 after auditioning for the UK TV show “Stars in their Eyes,” Amanda was the first to be selected for the Kids version of the show and was later named by the show’s host Matthew Kelly in a live TV broadcast to be the reason that the show was created for Kids.

Following her success on the show, Amanda went on to perform at Festivals and events throughout the UK alongside major artists such as Westlife, Boyzone, The Sugababes, McFly, and The Hoosiers. Whilst working on her debut solo record, Amanda was invited by Boyzone to join them on their sold-out tour of the UK and Ireland. Amanda performed for the duration of the tour at major arenas and stadiums around the UK such as the O2, Wembley and the MEN.

The lead single titled “Electric” embodies an 80’s Electro feel. The song, written by Amanda and produced by Antonio Dixon (the man behind artists such as Ariana Grande and Beyonce), explores the energy and power that love supplies. A feel-good vibe.

StarCentral Magazine recently caught up with Amanda to discuss her latest album and here’s what went down:

I got my first break in the industry when I was 14 years old on a UK TV show called “Stars in Their Eyes Kids”. It was a show that used the power of “TV magic” to transform you into an artist you sounded like or could impersonate. I was Nelly Furtado! When I applied they only had an Adult version of the show and during a live airing of the show, they announced that after hearing my audition tape that I was the reason they created the show for kids. After that, I was lucky enough to go on to perform at amazing festivals and events around the UK and it really went from there!

I love the freedom it gives me, itʼs sometimes easier for me to sing than it is for me to speak my mind! Actually thatʼs most of the time.

Can you tell us about your upcoming album “Mood Swings?”

Sure, Iʼve been working on this release for a few years now. I realized that up until this point I sounded really bitter at love through my music and I probably was at the time. I wanted to explore how Iʼve become comfortable in my feelings – be it good or bad, I wanted to own those moments because let’s be real, we all have our bad days when we take it out on everyone around us! Just owning it and being okay with having days when everything sucks for no reason but then the next minute you wish you could stay in the moment all day. I think Mood Swings embodies all of those feels. One minute youʼre up as high as can be and the next youʼre down again. “Mood Swings” actually comes out This Friday on all major platforms so please keep an eye out for it. 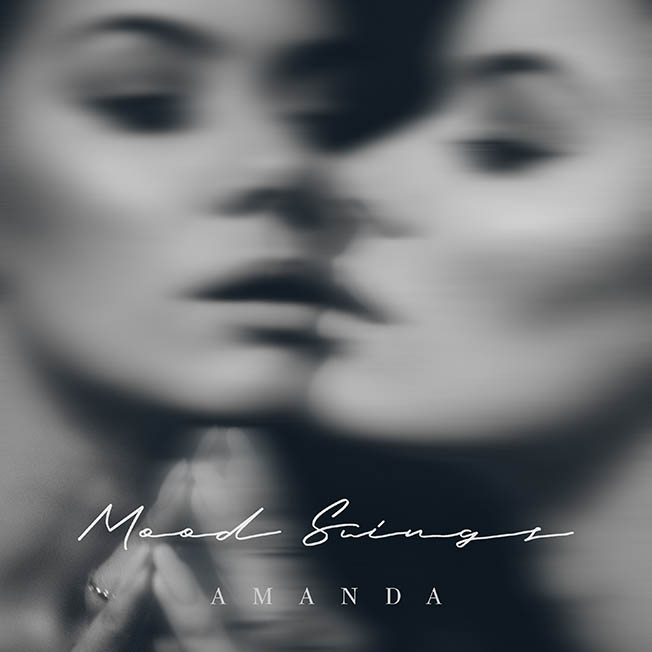 I think anybody who just wants to zone out and enter into their own bubble for a while! Itʼs definitely something you can play when you just want to vibe out.

All sorts of things really, sometimes itʼs something as simple as street art or sometimes it can be movies, really anything can spark something.

Running! I love to run, be by myself for an hour of the day to just run and play music.

I donʼt think that I ever really follow a thread or message. Itʼs pretty much whatever is on my mind at that moment.

The first night I played at Wembley. That was definitely a bucket list.

Absolutely! Usually I inhibit myself. Iʼm way too much of a perfectionist and an over-thinker. So I go back and forth for hours sometimes just second-guessing myself creatively. 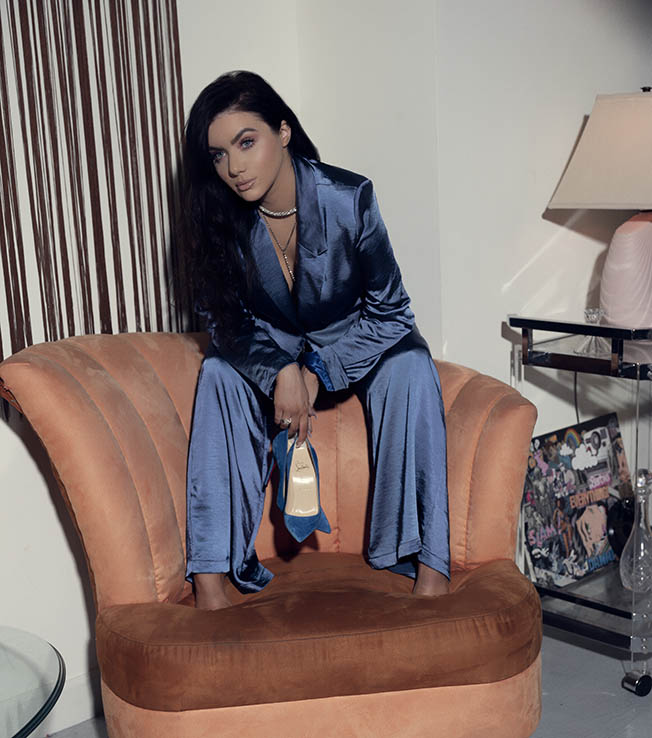 So many! Goes from Stevie Wonder, Amy Winehouse, Sade the list goes on and on. I was brought up around so many different genres so I was extremely lucky.

A little of both, iʼve been singing since before I could talk. But this is something you definitely have to love to stick at it too.

I love animals so I would probably have done something in that field, Iʼd love to have my own animal sanctuary one day so I can rescue animals in need and rehabilitate. 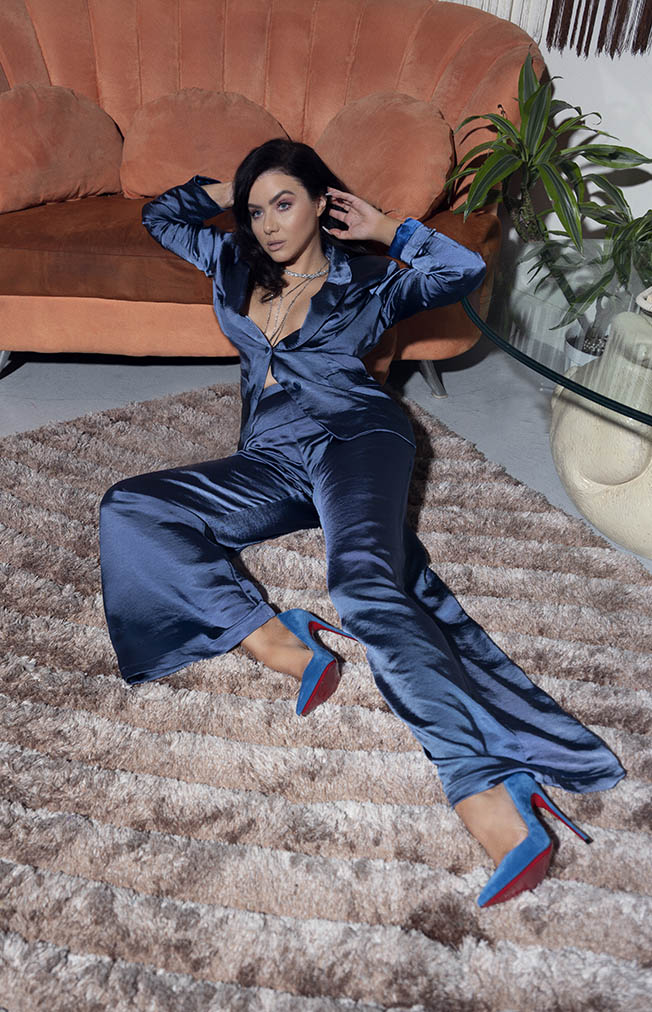 1. The last good movie Iʼve seen: Itʼs not recent but I just watched “Dirty Dancing” last night, probably my all-time favorite movie. The soundtrack for that movie is brilliant! But probably the last movie I went to see in theatres was “Bad Boys for Life” soo good!

2. What do you consider beautiful and why? Love! I donʼt know why but watching people show their love for each other really gives me the feels.

3. What havenʼt you done yet that you wish you could? Iʼd love to work with Mark Ronson. He is one of the greatest producers of our time in my opinion.

5. What is the one “flaw” you wouldnʼt change about yourself? I love it and hate it but probably being a perfectionist!