The 10 Best Movies To Watch On Netflix Right Now 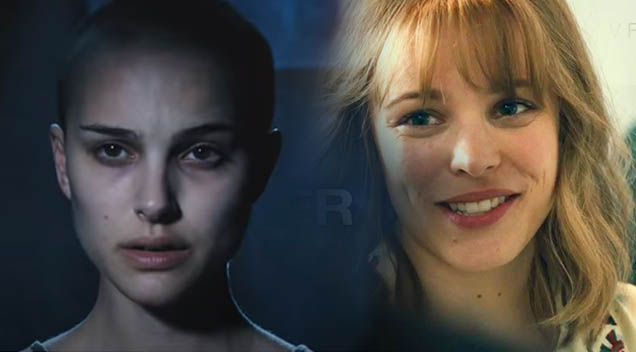 The world is in a panic, everything is stressful and we are all locked up at home with nowhere to go and no one to talk to (outside of whom else is stuck with you on the inside). So, what do you do? Watch a crapload of movies that’s what! Streaming services dominate the entertainment world now and with no new films hitting up theaters until this pandemic eases up on all of humanity; we got to find something to keep us entertained. Trouble is, services like Netflix have HUNDREDS of titles and its damn near impossible to shuffle through all of them to find something worth watching. So I’ve narrowed down my selections for the top 10 best films available on Netflix at this very moment. So get ready to load your queue up because here’s what I recommend for you:

Disney+ may be up and running but thankfully for Netflix users, not all of their Marvel titles have been pulled from streaming shelves. The Russo Brothers epic collaboration with just about every major and minor Marvel character in their staggeringly large cinematic universe has created one of the most impressive and remarkable cinematic masterpieces ever put to film. The cast overflowing with top-shelf names all crammed under one roof with Chris (Evans, Pratt, AND Hemsworth), Robert Downey Jr, Josh Brolin, Scarlett Johansson, Benedict Cumberbatch, Don Cheadle, Chadwick Boseman, Anthony Mackie and more. It’s a spectacle to end all spectacles with great cast chemistry, heart-stopping drama and action that never leaves you bored and one of the greatest movie villains of all time.

2. Spider-man: Into the Spider-verse

While Spider-man plays in Marvel’s cinematic sandbox, animation still leaves plenty of elbow room for the web-slinger to do his stuff for Sony pictures animation. “Into the Spider-verse” introduces not just one but 5 different Spider heroes from different worlds and does so in a gorgeously animated fashion. The film plays out like a living comic book, with quote bubbles, changing panels, and clever use of comic book covers as snippets of the character’s origin stories. The fresh take on the iconic hero allows audiences of all ages to enjoy its clever writing and brilliant storytelling. It’s a colorful explosion of creativity, originality, and is an instant crowd-pleaser.

Looking for something flesh flashy and grittier? The Wachowski’s have got you covered. “V for Vendetta” is a violent, dark, intense, and stylized comic book story of a masked terrorist (codenamed V and played to perfection; mask and all, by Hugo Weaving) that uses dangerous tactics and weapons to topple a corrupt government system controlling its citizens through fear. This is less a comic book popcorn film and more of a vibrant, glorified revenge story. Nevertheless, watching “V” is an experience unlike any other. It moves and shocks you in ways you are not prepared for and its leading performances through Weaving and Natalie Portman are not to be missed.

4. Monty Python and the Holy Grail

If comedy is more you speed, can’t go wrong with the comedy masterminds: The Monty Python troupe. Their second film broke new grounds in terms of experimental comedy. Nearly everything about parody following King Arthur’s quest for the grail is iconic and memorable: people clapping coconuts as horses, killer rabbit puppets, holy hand grenades, and one-armed black knights to name a few. Even after all the years since its initial release, the film’s humor and brilliant subversion of clever writing feel just as relevant and impactful as it did before. If it’s your first time hearing about the Python troupe, get educated with this comedy classic.

Romance films aren’t everyone’s cup of tea, but how about one of the best romance films ever made with a little sci-fi tweak thrown in for good measure? “About Time” is a story about Domnall Gleason and Rachel McAdams, a couple brought together by Gleason’s inherited family trait of being able to turn back time and relive embarrassing and awkward moments in hopes of changing his life (and other’s) for the better. This is one of the purest love stories I’ve ever seen. Its use of time travel relies less on typical sci-fi time travel trappings and develops a wholesome, loving love story that will warm your heart with every viewing.

6. Back to the Future trilogy

Speaking of time travel, you can never go wrong with the time-traveling trilogy the world was forever rocked by. Robert Zemeckis’ unforgettable story of Michael J. Fox’s Marty McFly and Christopher Lloyd’s Doc Brown and their adventures with a time-traveling DeLorean still stands the test of time. The humor and characters translate well with movie fans of all ages and the quality carries seamlessly over from sequel to sequel; something few film series can say they’ve accomplished.

Another legendary trilogy, the original “Indiana Jones” movies may be a bit dated with their B movie adventures and mysticism, but their sense of adventure and Harrison’s Ford irreplaceable charm continue to thrill moviegoers. Whether its “Raiders of the lost ark” or “The Last Crusade,” the “Jones” films are movies you can sit down and watch anytime, any day in any order and still have a good time. They are just guaranteed fun, and easy pick whenever you’re unsure what to watch.

Guillermo Del Toro’s imaginative dark fairy tale is a film people often forget about in comparison to his blockbusters like “Hellboy” and “Pacific Rim.” However, this Spanish language film mixes truly breathtaking visuals with a genuine heart that creates a one truly unique cinematic experience. It takes you off guard with its violence and mystical elements but never in a jarring or deterring way. It’s disturbing yet intriguing, morbid yet magical; even those reluctant to partake in subtitled films will appreciate the quality and value of Del Toro’s most original and creative of creations.

Another foreign film worth praising, South Korean zombie horror film “Train to Busan” is a fresh take on the rotting zombie genre; something all horror and pandemic fans can appreciate and understand. An estranged father and daughter board a train that becomes infested with ravenous zombies and he must try and protect her from the evils of the living and the undead and make it to safety. This film is rigidly intense; never giving you much time to relax or breathe yet still balancing all of its characters and developing them in an engaging and compelling manner. It’s not for the faint of heart and maybe too grim for some but is still very much worth a look.

If you’re looking for something different, I mean something TRULY different; “Creep 2” is certainly that. It’s a sequel to a found-footage horror/thriller film about a man who makes “friends” with people and then terrorizes them and kills them for his own bizarre reasons. Things change when he tries to do the same to an aspiring female filmmaker and an odd and challenging psychological game of life and death occurs. The first film can (and should) be ignored as its ending completely misses the point. It’s hard to describe this film suffice to say you just need to see it to see what I’m talking about.