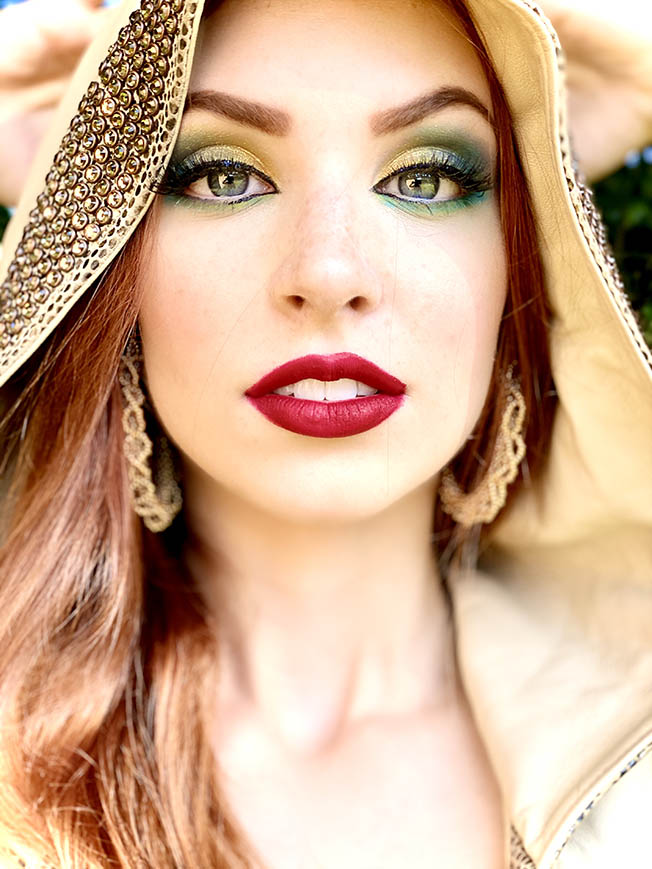 Originally from a small town of 800 people in Beckville, Texas, Ainsley decided to move to California to pursue all of her passions. From the time she could talk, she has had a passion for entertaining and encouraging others. She started acting in a small-town community theater when she was 9 along with writing music. By the young age of 14, Ainsley Ross had written over 80 songs. Ainsley’s first project was a feature film working with Fire Catcher Productions in a supporting role as Annie Ross in The Reins Maker. She wrote and performed music for the film’s soundtrack as well.

Traveling is a passion of hers and she feels so fortunate that it goes hand and hand with the career path she is passionately pursuing. She loves spending time in L.A. and studying with some of the greats. In her spare time, Ainsley is a mentor and a public speaker, encouraging our youth to “Just Be You” (also the title of her first CD released in 2015) Ainsley is very passionate about her work and love for the industry as a whole and hopes to change the way the public views the entertainment industry. Ainsley would like to study Film in Europe and in LA, allowing her to become an experienced writer/director in the future. She wants to learn every aspect of writing and acting in order to bring amazing projects to life.

StarCentral Magazine recently caught up with Ainsley Ross to discuss her journey in the entertainment industry and here’s what went down:

How did you get started in the music industry?

I actually started as a writer, without the sole intention of performing. I was told to get my written songs out there; I had to demonstrate how they should sound. That resulted in a recording studio that turned into an album that went international on I-tunes. I got discovered by managers, record labels, etc. from an international showcase at which I performed. My first performance was in front of 2,000 people. 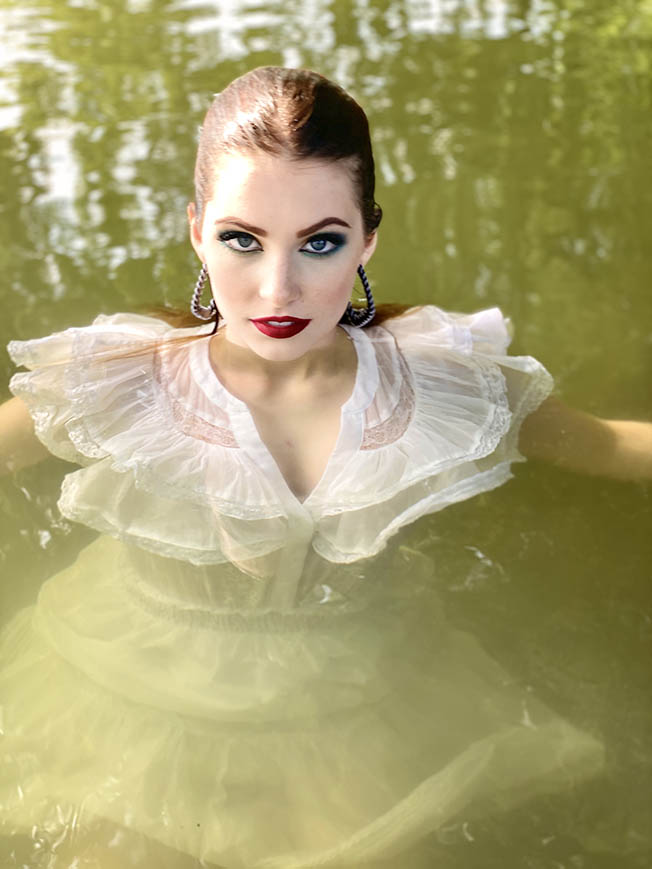 The vulnerability I get to share with the audience. I love to connect and tell a story. Connecting with people through your vulnerability, and love is so fulfilling. It is even more humbling and rewarding hearing their life stories, and how they can relate to your music.

Can you tell us about your part in Seven Lions?

I am blessed to play Ophelia. Ophelia is a character whose sole mission is to find the truth across a Universe with good and evil. Ophelia realizes you can’t have the light without the dark and seek good from all walks of life. It has been a true honor to play this character for over three years now. The crew is family, and Seven Lions is the most incredible EDM band to work with. Ophelia’s journey demonstrates how emotions transcend and the power of growth through years of visuals. The audience has grown and been a part of my life for three years now, and vice versa.

Seven Lions loved the character of Ophelia so much; they actually opened their own record label called; “Ophelia Records.” That is one of the biggest compliments an actress could ever receive! Now Ophelia’s journey continues.

Everywhere I look, I gain inspiration, and it sparks creativity. History inspires me to be creative; also, generational family stories inspire me. A song is something you feel inside… a story and message that deserves to be shared with the world. Overall, it’s people that inspire me to be creative. 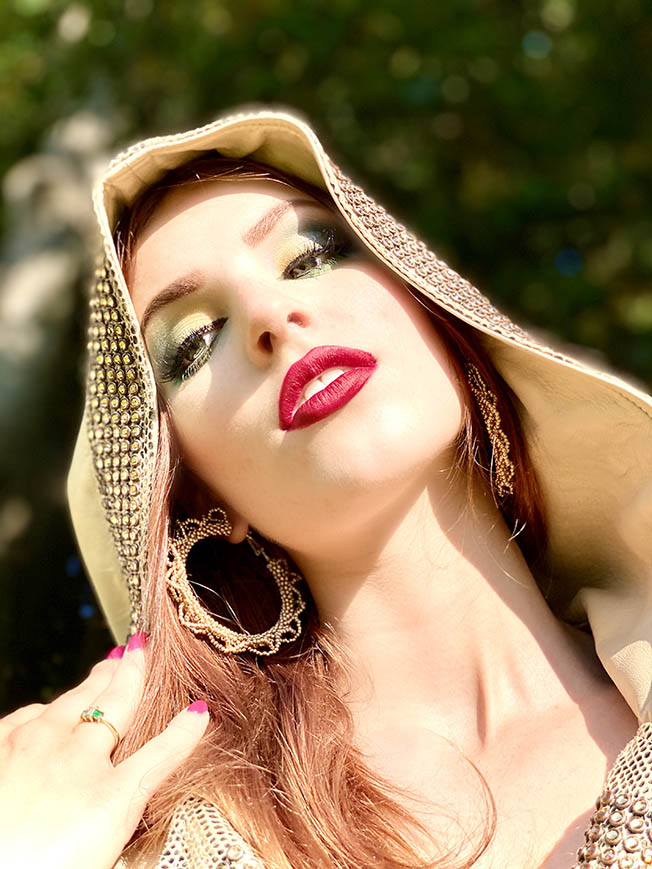 I draw to get in a creative mindset. I feel like when I draw; it allows my creative juices to flow freely. When I draw, my mind can think outside of the box, just like the words and metaphors within a song. I believe that these two artforms run parallel with each other.

The power of positivity, perseverance, and determination are the messages I always try to display and convey within my songs.

It was a moment in which I was 15 on tour…. And one of my fans came up to me after my set and just hugged me. It was a middle school kid, and he started crying into my shoulder. At first, I was nervous like Oh Gahh, did I say something wrong!? Then he explained how he was in the middle of committing suicide when he heard my song play on the radio, and that those words gave him hope. Those words changed his life, and that was the most humbling moment I have ever had in the entertainment industry. 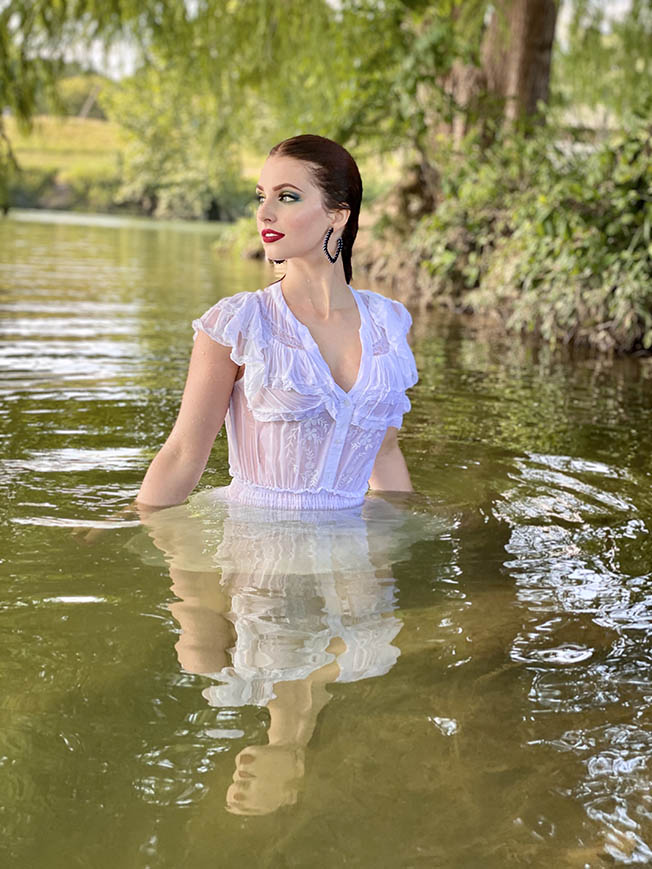 Yes, absolutely. I feel like there are seasons of creativity. There are some seasons that I have writer’s block, and I can’t find the words to create a song. Life events and prior obligations are usually what inhibits me.

My mother is my greatest influence. She inspires me daily to be the best that I can be.

Do you feel that you chose your “passion” or did it choose you?

I feel that my passion chose me. It was a fire in my soul that I can’t explain. That fire and burning wouldn’t go away and was genuinely un-extinguishable until I pursued my passion.

The medical field. Currently, I am going to college to be an Occupational Therapist, and working in the industry, etc. You don’t have to choose between a career and your education.

Film multiple TV series, movie releases, song releases, as well as a new brand launch in 2021. I will graduate from college and attain my degree as an OT. Eventually, my goals are to have a family, get married, and have kids.

2. What do you consider beautiful, and why? I consider kindness beautiful. Kindness is beautiful because it is the best attribute that a person has to give in the world.

3. What haven’t you done yet that you wish you could? Film in another country.

4. Complete this sentence: “If I had no fear, I’d…” fix everyone’s problems!

5. What is the one “flaw” you wouldn’t change about yourself? That I’m a perfectionist. For me, it is a blessing and a curse. Being a perfectionist has also been a successful career factor.